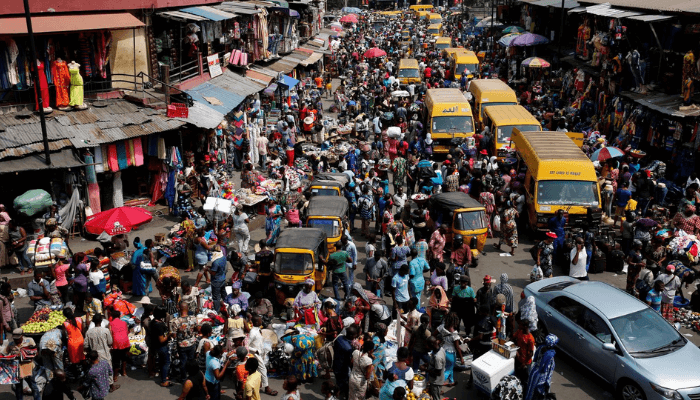 More than 50 percent of Nigeria’s over 200 million population do not have digital skills and therefore cannot use data services, according to the 2021 World Bank Development report.

The report which was presented in Abuja on Thursday, said many poor countries are also unable to accurately track public finances, report on external debt, or monitor their development goals, noting that without such data, the ability to hold governments to account and track progress withers.

For Nigeria, the report disclosed that despite having national data infrastructure compared to peers, there is still a huge gap in data usage, as critical demand side barriers persist. Vivien foster, chief economist at World Bank while presenting the report described the gap as a huge policy problem for Nigeria and the West African region.

“Another segment of the population said they would like to use data services but simply cannot afford them, that’s another concern, others argue that there isn’t enough relevant content. But digital illiteracy clearly seems to be the dominant concern in Nigeria” Foster said.

She added that “If we want to reach the universal broadband coverage, it’s no longer about rolling out infrastructure; we have to think carefully about the demand side barriers. In particular, we have to look at the issue of digital illiteracy.”

As more and more economic activities move online, the economist noted that trade in data-enabled services has become one of the fastest-growing areas in international trade which is creating huge opportunities for countries around the world, adding that it has become absolutely necessary that countries put in place sound regulations to govern the flow of data across national borders.

The World Bank economist, however, flagged down cross-border trade regulations, particularly with Nigeria adopting a more closed type of approach, warning that it could have implications on Nigeria’s potential to partake in data-enabled trade.

“As more and more of the economy move online, the data is affected by the laws, economic policies around competition, trade and taxation. About half a dozen big tech companies headquartered in California account for about 40 percent of global data flows. This raises concerns for two reasons: one is that the global market power exercised by these countries presents many risks of abuse of consumers and creates huge challenges for competition authorities.

Nigeria is home to the largest number of digital platform firms in Africa.

“We want to flag the competition issues in terms of Nigeria’s Unicorns and their ability to compete globally and other potential start-ups. We want to flag the issues of cross-border trade regulations. There is a concern around potential indigenous digital businesses, how can they compete alongside these global players; it’s an unequal playing field, and these raise concerns in terms of development of the opportunities in the digital economy.

That’s why it is absolutely necessary that countries put in place sound regulations to govern flow of data across national borders,” Foster further said.

The economist, however, commended Nigeria, saying the country stands out for having a relatively developed legal and regulatory framework, with some progress in implementing enablers and safeguards for data protection and security compared to peers. Some of these are cyber security agencies, data protection agencies among others.

Isa Pantami, minister of communication and digital economy formally launched the World Bank report in Abuja. He assured that the ministry was working to ensure that every Nigerian benefit from digital economy, and knows how to use data for good.

The minister said millions of Nigerians have been trained in digital skills across the country and informed that one million people would be trained in the area of coding.

According to him, “Nigeria has done well in the performance of the digital ecosystem, but when you look beyond the global numbers, it’s actually shocking, for example, there is 80 percent of internet coverage, we only have 40 percent usage, and it has been stagnant in the last three to four years around 30-40 percent, it’s not really growing,” he said.