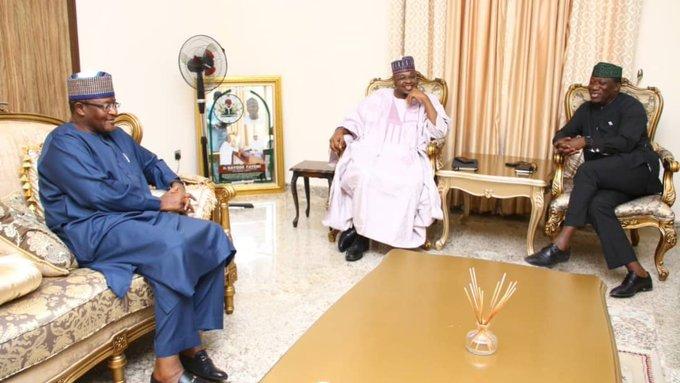 Four months after all the governors under the Nigeria Governors Forum (NGF) reportedly committed to reducing Right of Way charges, Ekiti government has on Thursday become the first state to fulfil its promise.

Governor Kayode Fayemi of Ekiti who made this known on Twitter said the fee has been dropped from N4,500 to N145 per meter in the state. The reduction became effective with the signing of an Executive Order reducing the Right of Way charges related to laying broadband or any other telecommunications infrastructures.

The governor said the move was to make Ekiti State the knowledge and innovation capital of Nigeria.

Ekiti becomes the first state in Nigeria to comply with the NEC approved Right of Way charges for broadband thus becoming the cheapest state for broadband infrastructure investment as 1km of cable will now cost just N145,000 as against N4.5m previously.

Right of Way has been a thorn in the flesh for broadband operators in the country. Apart from lack of a designated path for fibre optic cables to pass through which has exacerbated issues of cable vandalism, high fees charged by all the states which are in contravention of the NEC approved charge of N145 constitutes a heavy burden for broadband penetration. The charges also forced operators to limit their investment in cable laying across the country.

To make matters worse, fourteen states, including Ekiti State had in January proceeded to increase fees further which led to a direct intervention by the Minister of Communication and Digital Economy, Ali Isa Pantami. Following his meeting with governors at the NGF meeting in January, an agreement was reached for all states to revert to the NEC approved price of N145.

However, until date, none of the governors have followed through with the agreement.

Although Governor Fayemi is the current chairman of the NGF, the latest decision may, however, be more connected to the state’s open strategy of repositioning itself for the post-COVID-19 realities.

It is also aligned with the ongoing development of the Ekiti Knowledge Zone, designed to be Nigeria’s first service-based innovation park.

Oyebode had explained how the plan for Ekiti Knowledge Zone would be achieved in a Twitter thread in March.

Oyebode said. “The first thing to do is to improve broadband penetration. The second thing is talent. We have 15,000 graduates coming out of Ekiti annually, plus maybe five times that number from Ondo, Osun and Kwara. That’s the talent pool we want to create jobs for if we can equip them with the right skills. It helps if you can plan a space around universities for a knowledge zone. We’ve got ~1,700ha reserved, within a quadrangle that has 4 universities and a polytechnic. It means you can plan the zone out, and not have to fit it into a fully built area.”

With little or no activity happening in the laying of new cables, Executive Vice-Chairman of Nigeria Communications Commission recently admitted that Nigeria had only deployed 39,000 base stations and was in urgent need of additional 41,000 stations.

The chances of other members of the NGF following the footsteps of Governor Fayemi may not be very bright giving the negative impact of COVID-19 on the revenues of these states. This was largely what drove the 14 states to increase the fees in January in the first place. The COVID-19 pandemic has not only provided a convenient distraction to delay implementing the agreement the governors made with the Minister of Communication and Digital Economy in January, many of them are likely to forego it entirely on the basis of depleting revenue.

Sirika orders aviation agencies to relocate to Abuja within 45 days

Next wave of fintech investment in Africa to depend on…