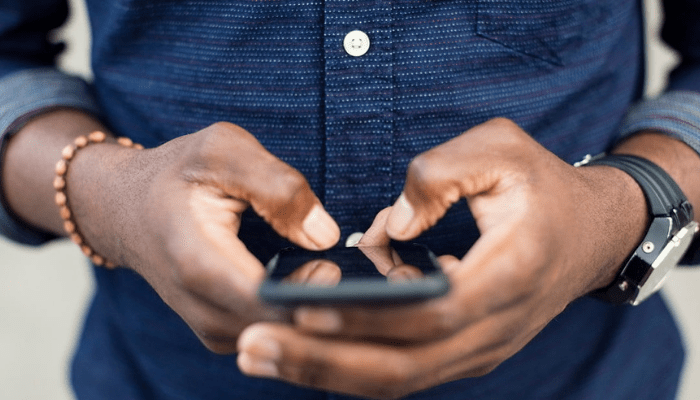 The Nigerian government may have concluded plans to compel big tech companies such as Twitter, Facebook, Google, and Skype to pay taxes and charge their customers VAT for services rendered.

This was confirmed by a mail sent to customers by one of the affected companies, Skype, on Thursday.

In the letter, Skype said it was compelled by the Nigerian government’s tax requirement to commence including the value-added tax on the purchase of its service by Nigerian customers.

These customers are mostly businesses that pay for subscriptions and other services on Skype. In the case of Facebook, Twitter, and other social media platforms, the customers would likely pay VAT for placing adverts on these platforms or using WhatsApp Business.

The development follows the ban on Twitter’s operations in Nigeria and the directive by the Nigerian government to the Nigerian Broadcasting Commission (NBC) to commence registration of OTT and social media platforms within the country.

After the directive, NBC, in an advertorial published in some major newspapers, said all online broadcast service providers and social media platforms which include Facebook, Instagram, WhatsApp, YouTube, TikTok, and others would need to obtain broadcast licences for their services.

According to Armstrong Idachaba, Acting Director-General of NBC, the directive is in line with the provision of the National Broadcasting Act CA N11, Laws of the Federation 2004, section 2(1), which states that “the Commission shall have the responsibility of receiving, processing, and considering applications for the establishment, ownership or operation of Radio and Television Stations including cable television services, Direct Satellite Broadcast (DSB), and any medium of Broadcasting”. 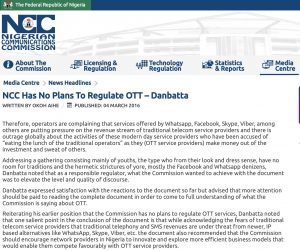 “The National Broadcasting Commission hereby directs every online broadcast service provider and social media platforms operating within the Nigerian state to apply and obtain a broadcast licence for their service(s),” NBC said.

Registered companies in Nigeria are within the purview of the tax regulator, Federal Inland Revenue Service (FIRS).

However, experts have flagged the NBC directive, saying it amounts to smuggling in secondary legislation through the backdoor. In the past, the government had attempted to pass a social media bill that would give it powers to control the activities of social media operators in the country but the bill has yet to be passed by the National Assembly.

There is also the National Commission for the Prohibition of Hate Speeches Bill that the country’s Senate is looking into and the Hate Speech Prohibition Bill which was brought by a member of the House of Representatives. Both bills are stuck in the National Assembly.

“In March 2016, when it wasn’t as much the ministerial lapdog it is now, the NCC had publicly announced that it had no plans to regulate OTT after repeated pushback by stakeholders,” Gbenga Sesan, executive director at Paradigm Initiative, a non-profit that advocates digital equality in Africa, said. “(It) started another attempt in 2019 that hit a brick wall but NBC is the new tool.”

The government, through the NCC had in 2016 made a move to regulate Over-the-top (OTT) messaging applications like WhatsApp, Viber, BBM, Facebook, WeChat, etc. According to the NCC, the OTT players would soon be a subject of a licensing regime to be put in place through a regulatory framework for the operations of these OTT players in Nigeria.

“All OTTs have ‘for Business’ components of their services. That’s how they make money to sustain the free tiers of their services,” Stephen Ikechukwu, a web developer and Twitter user, said. “Not just Nigeria, Africa should begin to get its fair share of tech earnings as they also contribute to tech prosperity, no matter how small.”

Nevertheless, Akinwale Alao, associate director, Tax, Regulatory & People Services, KPMG Nigeria, explained at a summit hosted by Details Solicitors on Thursday that a non-resident company or foreign company is taxable in Nigeria to the extent it has a taxable presence in Nigeria. Originally, the premise to determine a company that has a taxable presence in Nigeria has largely relied on whether the company has a physical presence in the country. In the past, this meant that companies like Facebook, Twitter, and other big tech companies without presence escaped taxation.

The situation appears to have been remedied by the Finance Act 2019 which amended certain sections of the Companies Income Tax Act. Also, the Minister of Finance, Budget and National Planning issued an order in 2020.

“Based on the order, non-resident companies that are operating in the digital space even though they do not have a physical presence in Nigeria may be liable to tax in Nigeria if they meet the conditions specified like a sustained interaction with persons in Nigeria, have customers in Nigeria, then they would be taxable in Nigeria,” Alao said.