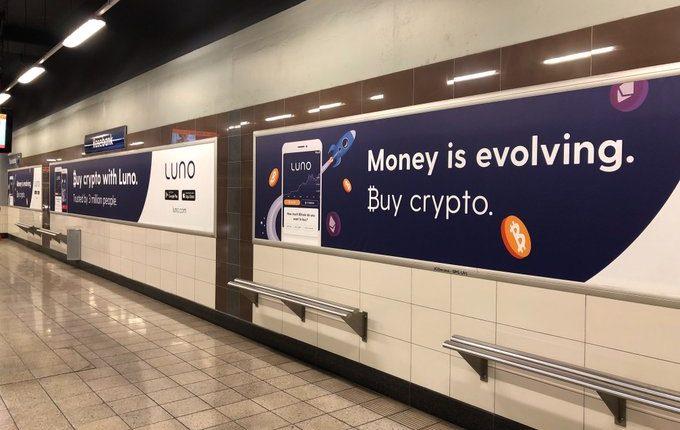 Founded by Marcus Swanepoel and Timothy Stranex, in 2013, Luno with  its headquarters in London and presence in Nigeria, South Africa, the U.K., Malaysia, Indonesia, and Singapore now employs over 300 employees.

“Reaching three million wallets demonstrates the growing adoption of cryptocurrencies globally and reinforces our aim of reimagining a financial system where the money is cheaper, faster and safer with open and equal access for everyone,” Marius Reitz, general manager, Luno told BusinessDay at the Johannesburg office in August.

The price of cryptocurrencies has largely remained stable so far in 2019 unlike in 2018 when the market experienced a near meltdown.

Users on Luno’s South African platform traded daily more than R80 million ($5.4 million) worth of cryptocurrency in August. Reitz says it is an indication that an increasing number of people want to do business with Luno.

The Luno milestone is also coming on the heels of revelations by multiple reports that the global number of wallet addresses holding a minimum of 10 BTC – worth more than $100,000 – has hit an all-time high.

Data from Bitcoin Rich List released on Tuesday shows that holding of the 10-100 BTC group – split between 140,940 unique addresses – is worth more than $46.1 billion.

Reitz told BusinessDay that so far, 2019 has been a very good year for the cryptocurrency market. Part of that is due to the changing disposition of regulators on cryptocurrencies.

“The proportion of countries with hostile regulation towards cryptocurrencies is lower than it was in 2018,” he said. “For example, the regulatory sandbox created in Mauritius is a progressive take on the general economic benefits that could follow a friendly and incentivized approach to cryptocurrencies.”

“Our research also suggests that Africans are more open to cryptocurrencies than their counterparts from other continents. When asked the question “Do you think a single global currency would make the current financial system better or worse?” almost three times as many respondents from Nigeria and South Africa said it would make it better compared to respondents in the UK.”

Meanwhile, as part of deepening education of cryptocurrency in Nigeria, the company is set to host its fourth meetup in Enugu on Saturday 21 September 2019.