Inside Nigeria’s first ever fintech company 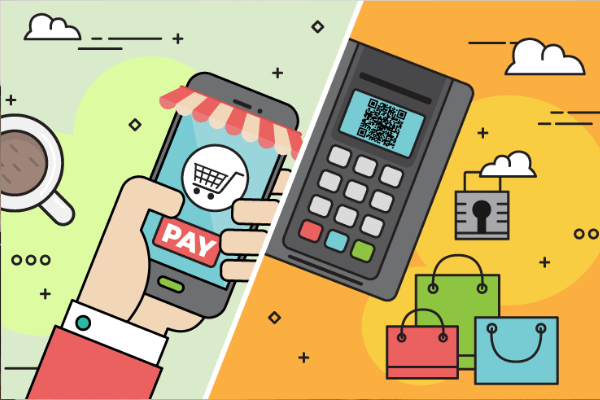 Nigerian financial technology (fintech) space has made remarkable strides in recent times with investors’ interest peaking enabling the segment to dominate funding in Nigeria’s tech ecosystem for nearly four years in a row. There are tens of businesses operating in the segment with more opening shop every other week, despite the challenges the existing ones are facing.

Prior to 1997, the segment looked very different from what it has become. First, there was no segment known as “fintech”. Second, banking services and technology used in financial services were controlled by banks. However, as the gaps in the sector became very apparent, there was a need to think out of the box.

“Because it was formed by the banks, it was to serve the interest of the banks and the banking community in Nigeria,” said Agada Apochi, the fourth CEO of the company and the first to be appointed internally. The three previous CEOs of SmartCard Nigeria which was later renamed ValueCard were executive professionals from other global organisations.

Before his appointment, Apochi had joined the new company in 2005 as a lawyer handling legal services, company secretariat and administration.

SmartCard Nigeria Limited was born at a period banking in Nigeria was at its rudimentary stage. What was considered innovation in those days included branchless banking in which a customer could open an account in a particular branch and can carry out transactions in another branch of the same bank he or she opened his account. The only means of retail payment was cash.

“The company was not driven by profit motive,” Apochi told BusinessDay. “The reason is obvious, we are set up by banks – though not for loss making – but more about facilitating businesses and making life easier for the banking community which include the banks as operators and their customers.”

The first card technology however had some challenges. At the time it was launched, customers who were issued it could only use it within Nigeria. Similarly, when a foreigner visits Nigeria, the person could not make payment electronically because the cards issued outside the country could not be used in Nigeria. There was no platform for doing that.

To solve the problem, Unified Payment (UP) made the decision to go into talks with international schemes. There were discussions with Visa, Mastercard, and American Express. Eventually, the company forged a relationship with Visa which became a shareholder in UP.

“Visa became a shareholder in UP for the purpose of connecting Nigeria to the rest of the world in terms of financial technology or electronic payments,” Agada explained.

As a result of the relationship with Visa, UP became the first non-bank entity in Nigeria and sub-Saharan Africa to become a principal member of a global payment scheme.

The arrangement with Visa also meant that UP will go on to pioneer other solutions such as making it possible for cards issued by Nigerian banks to be used outside the country and also to hold a naira account and be able to use the cards out of Nigeria. It also became possible for foreigners who visit Nigeria to be paid in naira even though they are carrying cards denominated in other currencies.

As the payment market began to evolve, in 2011 the company decided it was time to open up to other schemes and not just one – Visa. Visa went ahead to divest and ceased to be a shareholder, thereby enabling UP to work with other international schemes. It subsequently became a principal member of Mastercard, China Union Pay and in 2018 for the first time; it launched American Express in Nigeria also.

“This made us the first non-bank entity to be a principal member of four global payment schemes. It is not just non-banks, as of today no Nigerian bank is a principal member of all. We hope that Nigerian banks and more of Nigerian companies will be able to become principal members of all the leading global payment schemes because we will be proud of that. Our pride is not in remaining the only entity. We want more Nigerian entities to qualify that means that Nigeria is a country that international organizations want to do business with,” said Apochi.

Despite the many first solutions the company created, adoption rate was very low initially. Cash was still the most preferred by merchants given that the infrastructure needed to efficiently drive electronic payment was largely unavailable. Only few Nigerians were carrying plastic as a means of payment. When adoption of card began to grow, it was being used to collect cash at the ATM. But a lot has changed since then.

“The ultimate end for us is to make life easier, make it possible for people to transact without carrying cash because of the several disadvantages or risk of going around the cash. It increases the cost of banking service which is passed to customers,” Apochi said.

Hunt for Africa’s fintech unicorn back to zero as…