Facebook builds monster subsea cable to connect Nigeria, 22 other countries in Africa, ME 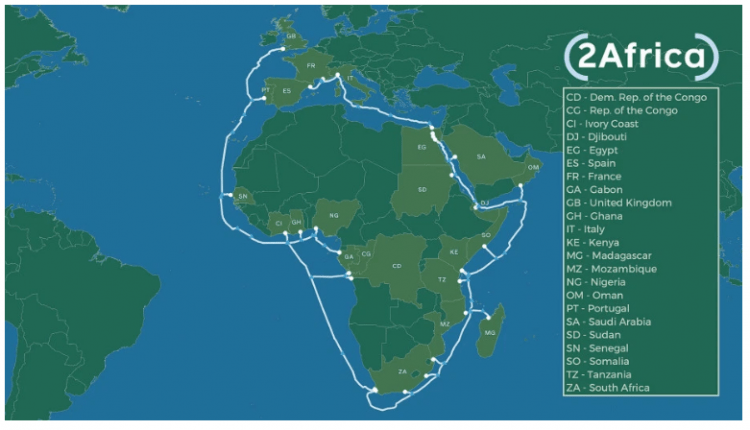 Facebook said it has partnered with major African and global operators to build 2Africa, “the most comprehensive” subsea cable which would serve the African continent and Middle East region.

The 2Africa project which it describes as “a transformational cable” is one of the largest subsea cable projects in the world and would interconnect 23 countries in Africa, the Middle East, and Europe.

The longest subsea cable in the world is the SEA-ME-WE3 or South-East Asia – Middle East – Western Europe 3 an optical submarine telecommunications cable linking those regions.

Nevertheless, Facebook’s 2Africa, at almost 37,000 kilometres long is nearly equal to the circumference of the earth. The project is also a competition nightmare as it would provide nearly three times the total network capacity of all the subsea cables serving Africa today. 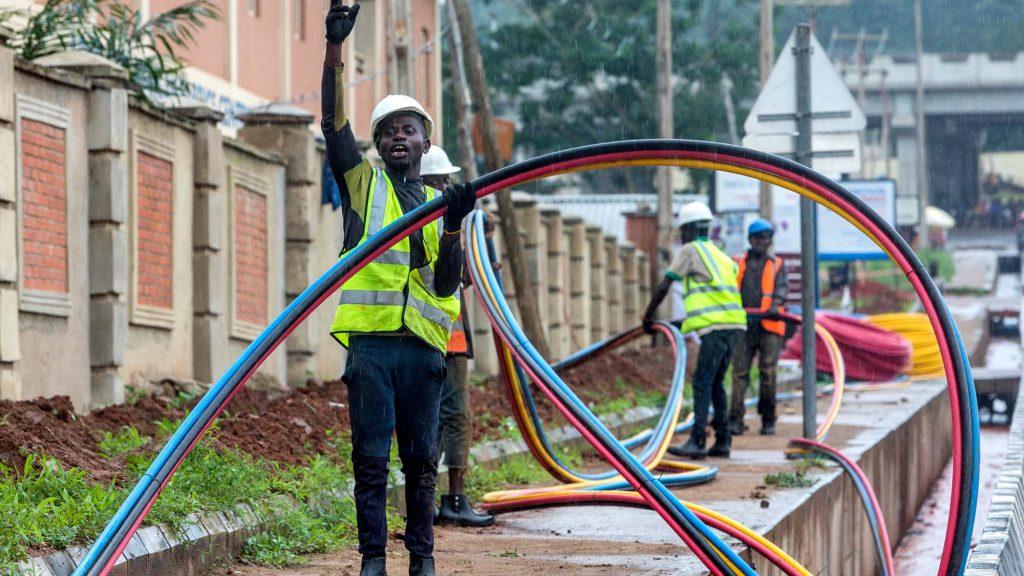 When the 2Africa cable is completed, Facebook expects it to deliver an expansive internet capacity, redundancy, and reliability across Africa; supplement a rapidly increasing demand for capacity in the Middle East; and support further growth of 4G, 5G, and broadband access for hundreds of millions of people. With thrice the capacity of existing cables, Facebook would by far become the largest network operator in Nigeria and Africa.

Facebook’s interest in the internet segment of Africa and other emerging markets has been an open secret. The company had in 2016 launched its Free Basics (also known as internet.org), a platform that gives developers the opportunity to make their services and websites available free of cost to those who cannot afford internet access. The participating websites are stripped of photos and videos and can be browsed without paying for mobile data. The launch came after the famous visit of Mark Zuckerberg to Nigeria and other African countries.

Although Free Basics has not been a smashing success due to the entrance of competitors like Google in providing internet access to the last-mile, Facebook has sustained its interest in the sector by providing different opportunities for tech entrepreneurs in the country.

Nevertheless, with the 2Africa project is taking a more direct approach in Africa than it did in India where it splashed $5.7 billion to purchase 9.99 percent of the digital assets of Reliance Jio, making it the largest minority shareholder in the company.

“The Investment in 2Africa builds on other investments we have made in the region, including infrastructure investments in South Africa, Uganda, Nigeria and the Democratic Republic of the Congo,” said Najam Ahmad, VP of Engineering, Facebook; and Kevin Salvadori, Director Network Investments, Facebook. The ongoing COVID-19 pandemic has highlighted the importance of connectivity as billions of people around the world rely on the internet to work, attend school, and stay connected to those they care about. 2Africa will be not only an important element for advancing connectivity infrastructure across the Africa continent, but also a major investment that comes at a crucial time for economic recovery.”

On February 2019, Facebook had announced its partnership with MainOne and local state authorities to build an approximately 750 kilometres of open-access fibre deployment in Edo and Ogun States. The project is to provide metro fibre connectivity reaching more than 1 million people. The goal of the project was to connect mobile operators’ base stations and points of presence (POPs), reducing costs and, more importantly, increasing capacity.

“2Africa is a continuation of our ongoing efforts to expand global network infrastructure. We have collaborated with partners all over the world to build several subsea fibre-optic cables that are leading the industry in terms of reach, capacity, and flexibility,” Facebook said