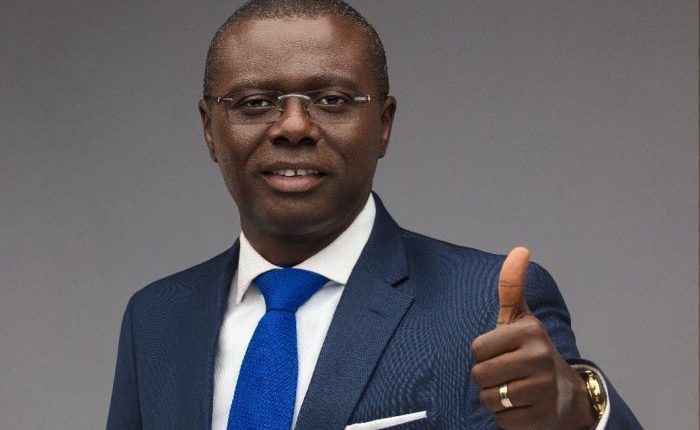 The new Lagos State Governor, Babajide Sanwo-Olu, is committed to following up on his campaign promises, so that they will not just be on paper. He is executing projects that will enable those promises to come to reality.

One of such promises, which was vividly captured in his campaign programme to Lagosians, was making Africa’s biggest city a 21st-Century economy driven by technology and innovation.

To enable this happen, Babajide Sanwo-Olu, a day before his inauguration on 29th May 2019, commissioned the Eko Innovation Hub, a technology co-work Centre created from one of his campaign offices on Awolowo Road, Ikoyi,to raise young minds that will drive solutions to the numerous problems facing the mega city.

According to the governor, the EKO Innovation Centre is a co-hub working space established to raise a new generation of young Nigerian start-ups that will drive solutions to make Lagos a 21st-century economy.

It is meant to complement the new governor’s campaign promises of raising youths who have creative minds to start up new enterprises from start to commercialisation, the governor said.

Sanwo-Olu in an interview with journalists during the commissioning of the centre said “this used to be one of my campaign offices. It used to be a place where I had a lot of young people burning very long nights. We have developed concepts out of here; campaign promises, campaign ideas, strategies and all that.”

He said part of the things that he promised Lagosians was that whatever resources needed to address the state problems, “if available here, let’s tap from it.”

“We have said to ourselves, what is the best use we can give this complex? Let’s turn it to a tech-hub where young people can come and learn the best ways of doing things. That is what these young men have put together and they have called it an innovation centre. They have all the ideas of what the place would have potential of becoming, and we have seen some of the partners they want to work with to build this future,” he said.

“So I’m excited that they are thinking positively. It is for Lagosians to come and take advantage of it once it is fully ready for utilisation. It is part of our own contribution to the things we said we will do while we were campaigning, that we will make Lagos a tech-hub.”

Sanwo-Olu therefore called on other wealthy Nigerians whose houses are not in use to turn them into places where young people could come and espouse ideas.

Victor Gbenga Afolabi, CEO of Eko Innovation Hub, speaking on the initiative, said the hub was inspired when this space was used as a campaign office that brought in the present governor of Lagos, “and we were kind of working with him to do a few things that could help with the manifesto and some of the concepts.”

“We felt that in doing co-creation it wasn’t just a form of government to the people, but it was also the people trying to be a part of the solution to problems. We went back to the manifesto and one of the things we saw was the fact that there was a key agenda which was making Lagos a 21st-century economy.”

He said that creating a 21st-century business economy meant creating more businesses, providing solutions to problems driven by innovation and technology. This, according to him, had to be the basis of the kind of solution the government could bring to solve the massive issues that are peculiar to Lagos.

Afolabi also noted that Lagos is to a large extent one of the largest economies in Nigeria, accounting for between 30 and 40 percent of the total economy, and also housing, unofficially houses between 20 and 25 million people.

He also pointed out that based on the demographics in terms of the youth, more than 65 -70 percent of the people are youths, mostly below the ages of 35. The way to take care of the large proportion of the population, according to him, was to create a space where the society will be able to nurture business ideas that are built around innovation and technology. With this, he said, “we will be solving a major part of the issues in Lagos and to a larger extent contributing to helping governance.”

“The mantra is from concept to commercialization, and what we intend to do is to look for start-ups from young people of 18 years to 35 years with innovative ideas and concepts. It is going to start from an incubator to an accelerator and the idea has to be commercially viable.”

According to Afolabi, the Hub would be requesting for entries, and that during the first six months it would have been able to train those shortlisted by the advisory board and the faculty. About 50 people will be selected and taken through a six-week intensive course to freshen up their ideas and come up with business plans suitable for a pitch.

The pitch will be open, beyond the faculties and the advisors, and through it the top 5 will be selected, who will go through the incubator and accelerator process, according to Afolabi.

“Our focus is not having co-working spaces for rental income, but incubating and accelerating businesses. During the programme we will ensure that these start-ups are focused on their operations, while we provide all the other services that allow a business to thrive. The plan is that for the first five years, we want to make sure that we improve the chances of you succeeding, as we will give you access to finance as well as administrative aids,” he explained.

He further explained that the centr4e had partners from Microsoft, and other organisations working with it. “We are willing to provide strong handholding from administrative issues to finance issues to tax and legal issues. They are all available in house, as we have seen from experience that these are things that distract start-ups from achieving success, these are things they spend even the funds they raise on and so all these things are available for you in-house to ensure that we improve your chances of commercialising and improving your chances of succeeding,” Afolabi said.

In future the centre will be the organization supplying the largest number of companies for private equity firms, Afolabi said

Afolabi observed that financing and running of the hub is not from Lagos state government, and that the Hub had no plans to depend on Lagos. Instead, its job, he said, was to add value to governance by helping it solve the issues.

“It is not only Lagos State we are looking at as potential beneficiaries, but also private equity firms that see viable companies that they are willing to take and scale up, organisations who are into impact investing too can be involved but we want to ensure that any start-up that we curate through this place is commercially viable and therefore very good for investment.”

Stressing the point that the programme was free of Lagos State government funding or interference, he pointed out that  Lagos state would be like other off-takers of the concept and could buy into it, even the Lagos state government will be invited for the pitch process as we pitch the businesses to potential investors.

“Unemployment and underemployment is our greatest problem and we believe this is a way to solve those problems making sure those young people are gainfully engaged and they are creating solutions that will make them have a better life. That is the only way every one of us can live peacefully in this country and talk about good governance,” the innovation centre said.