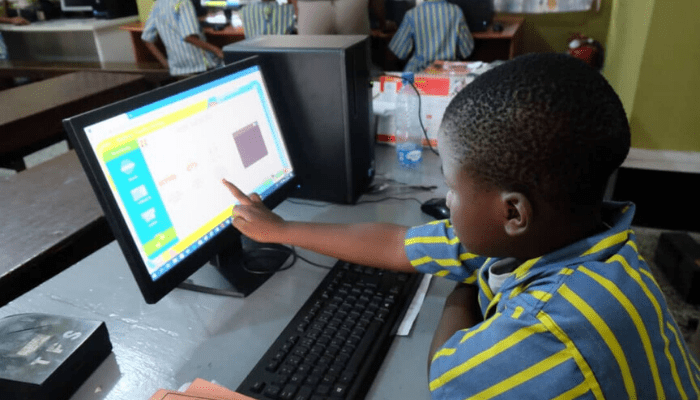 The initial public rollout of computer language as a classroom subject to about 100 pupils in some selected schools is to commence soon, as Code 4TEEN, a Lagos based education technology company unveils its partnership with some schools in the state.

The company, which describes itself as an education technology research lab focused on providing a solution to the issue of technology literacy as it pertains to the next generation, says it has spent three years engaging in broad research on the feasibility of teaching pupils from as early as Year 3 (7years old), text-based programming in a classroom context.

It has also launched ‘Andrew Teaches Coding’, a software programme that functions as an automated textbook with functionalities the company says creates an eco-system for the new subject, Computer Language. By facilitating the delivery of curriculum, management of classwork, homework, examinations and grading, ‘Andrew Teaches Coding’ gives primary schools across the country and beyond the ability to now create and run Computer Language as a time-tabled subject.

Next Monday (February 3) Code 4TEEN, a subsidiary of Media Technology Group iNspire plans to officially roll out Computer Language through timetabled slots in four schools across Lagos state, identified in a statement as; The Fountain School, Moral Ville Academy, Leaders Field International School and First Stones School. It also says discussions with some other tops schools in the state are at advanced stages, on the possibility of integrating with their curriculum on or before September 2020.

“We choose to focus on empowering schools as we believe children spend 70 percent of their childhood under the influence of ‘school’, hence positioning the school as the foremost catalyst in the technology literacy drive globally, with regards to the next generation,” said Otaru Daudu, director, Research & Technology at Code 4TEEN.

He explained as the next step following its initial feasibility study in the private sector, the company will require 5,000 pupils in public and low-income segments to go through its curriculum process end to end.

“Through this, we will achieve state-level validation of our curriculum and gather the empirical evidence required to engage the necessary government bodies on the feasibility of a statewide integration. This evidence will as well provide a platform for regional distribution of our curriculum,” he said.