After a booming first Year, Plentywaka is expanding to logistics 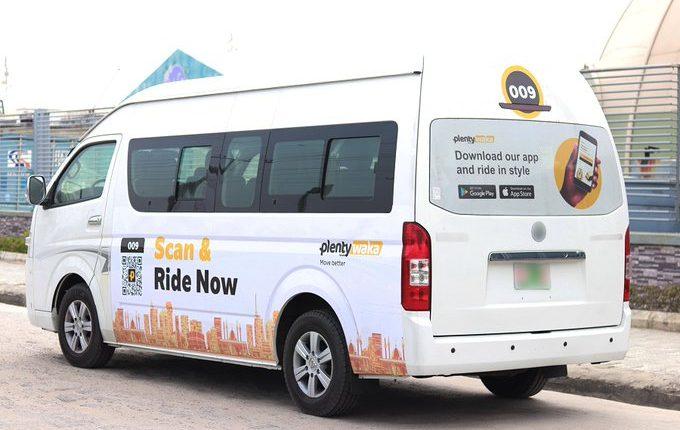 After less than a year of providing premium bus-hailing services and acquiring over 40,000 customers, Plentywaka, a Lagos-based startup, is expanding its services into logistics.

In a statement sent to BusinessDay, the company said the new arm known as Logistics By Plentywaka (LBP), will provide its customers same-day service and range of logistical vehicles from colling vans, trucks, and bikes, that can be easily selected depending on the requirements.

The company said LBP removes the stressful task of transporting packages across the busy city of Lagos. Importantly, given the range of vehicles being provided Lagosians are at liberty to send packages of all sizes and fragility at very affordable rates. It also projects that informal businesses, SMEs, and large organisations also stand to benefit from the ease and speed of the service that ensure continuity of business during this disruptive time.

From its records, Plentywaka may have found itself in an all-ready-made transport market. It was established in 2019 at a time when the Lagos State government was beginning to become dissatisfied with an unwieldy transport system, dominated by commercial buses popularly known as Danfos and commercial motorcycles known as okadas. As ubiquitous as they were, they rather than solve the hair-raising traffic situation in the state, mostly contributed it.

As part of measures at cleaning up the system, the state expanded its Bus Rapid Transport (BRT) services. Still unsatisfied, it placed a wider restriction on okada, including ride-hailing services like Gokada, ORide, and Max.ng.

The restrictions which technically eliminated these services, created a path for Plentywaka as it found itself having to deal with the growing number of commuters left with few options at bus stops. for its over 40,000 customers, Plentywaka has become one of the most convenient and stress-free ways to commute within the commercial capital of Lagos.

The LBP service also lends itself to the same strategy of convenience and conveying people from point A to point B without additional stress. The company said it learned this from working with small businesses.

“The effects of COVID-19 are being felt everywhere; the world has seen a mass loss of life, a sharp downturn to global economies and a fundamental shift in how people move about, work, and go about their domestic lives. In the midst of all of this, companies like ours have had to look at how we can continue to innovate and support both businesses, and people who need access to goods, by leveraging innovative technology to streamline the processes,” said Johnny Enagwolor, Managing Director and Co-Founder of Plentywaka.

Logistics is one of the thriving sectors in the Nigerian economy contributing over 3.5 percent to the GDP. It continuous to attract new investors including Gokada, Max.ng, and OPay which have had to pivot their businesses into logistics.

Nevertheless, Plentywaka plans to leverage its strategy of partnerships particularly with owners of vehicles to scale in the market. The vehicle owners will earn money on their own schedule from an existing customer base of over 40,000 individuals and access to the technology infrastructure. customers can choose a vehicle type closest to the pick-up location, with real-time delivery tracking and support.

“We’ve worked with a number of partners, as well as many of our own drivers, to build out the infrastructure required to deliver a cost-effective and efficient logistics service. Furthermore, we’re also pleased to be opening up new opportunities to those who’ve lost their regular source of income since COVID-19,” Enagwolor said.

Plentywaka has also recently launched the Staff Bus Solutions for companies to commute staff to minimize the risk of exposure to the coronavirus and expanded so riders can enjoy a journey from Ikeja to Victoria Island. The forward-thinking company is seeking to build on its previous success in March, reaching a milestone of 100,000 rides after just 6 months on the road.