90% of remittances in Africa are still offline – Ismail Ahmed 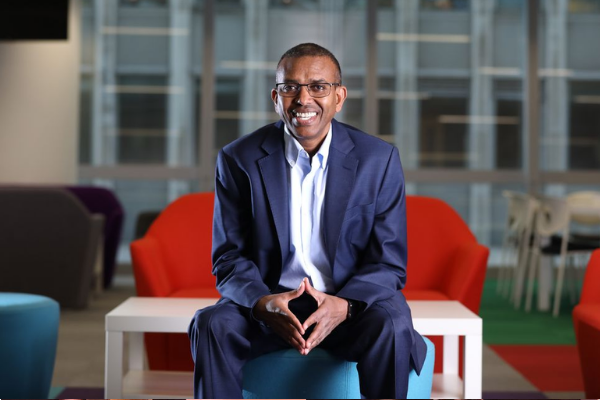 Ismail Ahmed, founder and executive chairman of WorldRemit in this interview with BusinessDay’s Frank Eleanya discusses the growth of the remittance market and the role his company is playing to enable markets in Africa go cashless.

What is WorldRemit’s mission in Africa?

We are a global business but Africa is our largest market. We send money from Europe, South America, to Asia, Africa and Latin America. In Africa we operate in 47 countries. We have invested in building an extensive network of partnerships with the banks and telcos that are launching mobile money and retailers to grow our business in Africa. Recently we started doing inter-Africa transfers to help businesses on the continent to leverage our extensive network and build globally.

Why would a business in East Africa, West Africa and South Africa go through a lot of difficulties before sending a small amount of money to India, to China or to other parts of Africa where we have a lot of network that allows them to instantly put money into a bank account? Why should a business in Kenya sending money to Nigeria go through SWIFT which will take days, when it can instantly create a bank account to Nigeria? That is really where, having built the network, we are focusing and saying we can actually support SMEs in Africa.

How many more African countries do you intend to expand to?

We are in 47 markets in Africa. Most of those countries are now countries where we send remittances to, whereas we are now focusing and saying “why don’t we send money from those countries and help businesses and individuals send money across the world. So that is the next phase of our goal.

You have been playing in the market for a long time and have witnessed growth like in Nigeria where $22 billion comes from abroad. How do you see the market growing going forward?

The growth that we are seeing is the market will move to full digitisation. We were one of the first companies that pioneered sending money to bank accounts in Nigeria instantly – we are talking about 2011. Almost 99 per cent of micro-remittances in Nigeria were cash-based. But look at today, the bulk of the money is going to bank accounts and not so much cash-based as before. We see acceleration of digitisation both on the senders’ side and the receivers’ side. If you look at today, 90 per cent of remittances are still offline. Nigeria is starting to move digital but in many parts of Africa 90 per cent of transactions are cash. We are working with our partners in Africa, hence we are in Nigeria because it is a big market, they are tech-savvy and they are everywhere in the world. Many countries now use our App; they can go to a corner shop and put some cash. We expect digitisation to grow on the receiver’s side where those who have got a bank account can get their money instantly while for those who are unbanked mobile money offers the alternative. Now you have MTN, Kenya M-Pesa, Eco-Cash, those are the mobile money services which are now enabling unbanked people to receive money with their phone.

What are the bottlenecks you see in markets like Nigeria which has about 1 per cent growth in mobile money?

I think the greatest challenge for Nigeria has been the exchange rate issue. Fortunately, the Central Bank of Nigeria has done a fantastic job. The official rate which is the rate we get from the banks is kind of equal to the rate in the parallel market. Prior to this time, the exchange rate was different and a large chunk of Nigerians went to the informal network. That has also been a problem in many other parts of Africa. The World Bank’s estimate is a serious underestimation of the remittance market in Africa. Part of the reason no one knows the exact amount is that a big chunk of African remittances are informal, not going through channels that are regulated, not measured and it is a loss to the economy. We don’t know the size. And some of those are facilitating crime, tax evasion and so on. One of the really exciting trend is that digitisation is offering great benefits to customers.

The reason why I think Nigeria is leading is if you go back to ten years or so Western Union ran about 80 per cent market share of the formal remittance space because of exclusivity arrangement with rich men and the costs were prohibitively expensive. The bulk of remittances were going through informal networks because they were cheaper but a lot riskier. Eventually the CBN was one of the first regulators in Africa to outlaw exclusivity and henceforth, Western Union lost the market share. Today they do not hold top position; we are even doing as much as Western Union was doing. There is a certain level- playing field in Nigeria than in a lot of markets now. They cost of sending money also has significantly dropped in Nigeria. So most people who were going through the informal markets because the rates were better or fees were lower have now seen that the formal network is a lot cheaper than the informal networks.

So with the digital, they can just send their money through their bank accounts and you can send any amount. For migrants because they are more aware of the situation back home they can send small amounts to their people, but you cannot do that with the informal network. That is the trend we see, which is helping remittances move away from informal to properly regulated channels. It also provides data for the government who can now know where the remittances are coming from in order to continue to grow that formal channel. It also helps in decisions of addressing the bottlenecks that hinder investments.

You know Nigeria, South Africa and some other African countries are yet to sign the AfCFTA. What impact do you think it will have on the remittance space?

I know that Nigerians are pretty intense in recognising the importance of digitisation and it is part of the reason why you have high interconnectivity among the banks. Nigeria is one of the most developed markets in terms of how you can move money from bank account to bank account and the access we have to instantly create bank accounts. Look at the US.  It takes four days to move money from one bank account to another bank account and this is where we have fifteen licenses that we can create money into any bank in Nigeria. The move towards discouraging cash has really been positive. That is why we are hoping for Nigeria to be one of the first economies to move towards cashless. This is really helping in the fight against financial crimes in Nigeria and also improving the image of the country. With cash there is no auditory trail, but digitisation makes that possible. Somebody can take cash and disappear. Of course, in mobile money East Africa is ahead while in Nigeria it is still bank-led. But in terms of access to banking and financial services, Nigeria has boosted the move from cash to cashless.

WorldRemit is one of the technology companies that have attracted big investments. But funding remains a big challenge for most African startups. Do you think there is a role for government to play in boosting the chances of bigger startup funding on the continent?

Yes I think there is. Look at the UK, we started our business there in 2010. At the time it was difficult to raise money in the UK compared to Silicon Valley because of the concentration of investors there. Look at the statistics in 2010 the amount of money startups raised in Silicon Valley alone compared to the UK as a whole. Things have changed; a lot of investors have recognised that and regulators are strategising with tax incentives and other attractive packages to encourage them to invest. We are beginning to see a lot of money startups are raising in the UK. In the same way some of the Asian governments are supporting their startups, I think African governments have not done as much in terms of recognising them. There is a lot of startups in Lagos, Nairobi and Cape Town. It is easy to get a small Angel investment but it is not when you need investors with deeper pockets. That is where we have a lot of challenge in Africa. I think in Africa we have not done enough to say “How do we encourage?” and “What do we need to do attract technology investors?”

What specific lessons can African governments learn from other continents that are active in supporting their startups?

First, I think they can look at how easy it is to do business in their countries, how easy it is to incorporate companies. Are the contracts enforced? Will the investors be able to get their money easily? That is key because you are putting in some money the investors will like to know that at the end of the day there will be enough liquidity for them to get their money. And of course they want to invest in dollars, so can they get that hard currency when they want to exit from that business? Since they took a risk they shouldn’t be paying some amount of taxes in some markets in Africa, so can you create a tax structure that encourages risk investment capital? The tax is different from that of investment in an oil company? There is plenty of money in the world today but it is about the moving forces. The old regulations and laws need to be revised to recognise how the digital economy works.

Do you see a future where fees elimination is possible and will encourage growth of mobile money in Africa?

We charge 2 per cent from Nigeria to the UK. It was 7 to 8 per cent before. We were one of the first companies to drastically reduce the cost of our fees. But there is room for further reduction of fees. I think as we get scale it becomes possible. Part of the reasons why we charge fees is because we have to pay local banks because they gave us access to doing this and serve a lot of customers. The way we do it, we use our money already in the bank to pay customers instantly. So we take a bit of exchange rate risk. It could take us two days to get the money back from the bank. We are automating the way we serve our customers and I believe cost will become lower as soon as volumes increase.

What should Nigeria look forward to in the coming years from WorldRemit?

Nigeria is one of our biggest markets in Africa and we are seeing a lot of partnerships with big banks; banks that are big in Nigeria and also in Africa. So we are investing more to continue to build that network in Nigeria. We are also creating more brand awareness in Nigeria. Recently we sponsored Arsenal and one of the reasons we did that was because we know how the club is very popular in Nigeria and across Africa. That is helping us for brand awareness. We will also continue to make further investments and have partnerships with banks.