5G: NCC chases wind at the expense of affordable internet 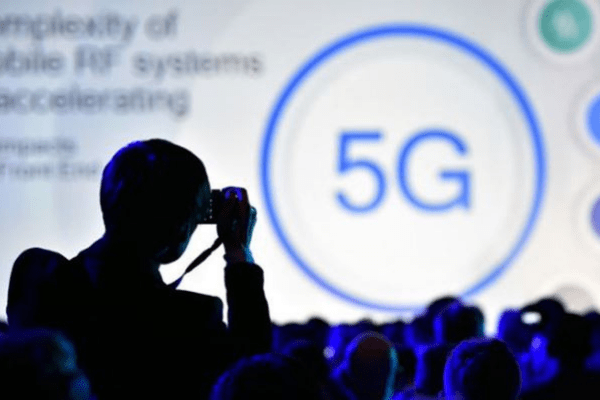 Following its claims in 2018 that Nigeria is ready to rollout 5G technology, the Nigerian Communications Commission (NCC) says it has now approved dedicated spectrums for the trial of the service in the country.

The Executive vice chairman and chief executive of NCC, Umar Danbatta made the announcement on Wednesday during the maiden edition of the Digital African Week which held in Abuja. The commission said it is making available three spectrums; 26GHz, 38GHz, and 42GHz for the rollout of the services.

The NCC announcement is coming at a time when the provision of internet connectivity to the majority of Nigerians especially those in the rural areas remains a problem and internet cost continues to drain meagre household incomes. The struggle is that telecommunication companies can hardly afford the investment to fully deploy broadband, without causing a massive financial hemorrhage and eventual disintermediation and death of these companies.

While the trial of 5G may also mean the commission is forward-looking and should be commended, it is important to observe that countries approving trial of the technology have intentionally built the infrastructure to enable the rollout to a certain level of efficiency. This is not the case in Nigeria where the burden of poor infrastructure that powers technology innovations has set many operators back in millions of dollars in investment.

And considering the huge amount of capital required to deploy the infrastructure of an efficient 5G technology, the NCC’s move definitely amounts to putting the cart before the horse.

It is important to note that in February 2019, Nigeria was ranked 107th out of 177 countries, down one place from the 106th position in January, in the mobile internet download speed on the Ookla’s Speed test Global Index, this is despite seeing increased subscription numbers on 3G and 4G technology.

The average mobile Internet download speed was 12.22 megabits per second in February down from 12.76 mbps in January.

While 2G (second generation) wireless enabled texting capabilities, the 3G allowed mobile users to browse the internet at speeds previously only experienced with a desktop computer. 4G brought in a new economy of mobile applications.

Sadly, although all the mobile network operators (MNOs) in Nigeria all claim to have 4G capabilities, only about 44 percent of Nigeria’s mobile subscribers are on 3G wireless and paltry 4 percent are using 4G services. A vast majority are still stuck on 2G plus the over 40 million Nigerians living in rural areas who have no direct access to the internet.

Operators have repeatedly accused the regulators, including the NCC and the Ministry of ICT, of taking no meaningful steps to address the infrastructure problem and other domestic issues like Right-of-Way, security and multiple license demands and taxations from states, in the industry.

5G technology, to be sure, comes with a unique architecture different from previous generations of wireless infrastructure. Importantly, the infrastructure transits from traditional large cell towers stretched over long distances to a network of smaller cells sited more closely together. According to politico.com, to make that infrastructure change, a country like Nigeria will likely need an estimated close to a million new cell sites by 2025 to remain competitive in 5G.

Additionally, the new cells will have to be connected by a robust wire network.

5G antennas, while being able to handle more users and data, beam out over shorter distances. In that case, providing access to rural communities will be as much of a challenge as it has been with LTE. Even with antennas and base stations getting smaller in this scenario, more of them would likely have to be installed on buildings or homes, according to experts at futurithmic.com. Cities will probably need to install extra repeaters to spread out the waves for extended range, while also maintaining consistent speeds in denser population areas, the experts said.

The jury is still out on whether the closer proximity of base stations will have any debilitating health problems on people. Medisease, a community of medical practitioners based in the US, have however noted that inasmuch as radiation emitted through 3G and 4G having low frequency and high wavelength, it does not therefore have enough energy which can damage the DNA of humans. There are some scientists who say that 5G technology radiation will not directly damage human DNA but it is likely to cause some other biological actions.

“5G will not solve the problem of access to rural communities in Africa, as most of the technology will be based in urban communities due to cost of deployment,” a spokesman for Liquid Telecom, told BusinessDay on the sidelines of the Internet Week event organised by Southern Africa Network Operators (SAFNOG) in Johannesburg.

Cable companies with existing fiber-based wireline networks reaching communities across urban, suburban and rural communities may be well suited to meet the architecture requirements of a 5G network. But the authorities have yet to convince the carriers they have their interest at heart hence putting a strain on the relationship.

Nigeria has five major cables; MainOne, SAT3/SAFE; Glo1, ACE and WACS, landing on its shores with a combined capacity of 32.800Tbps, only 10 percent of the existing capacity has been utilized so far.

NCC’s most latent ammunition is the growth of broadband penetration to 33 percent, however the number doesn’t even scratch the surface of the expected internet requirements for the country.

Nigeria will not become a 5G capable or ready just by merely issuing spectrums and ignoring the deeper problems that has undermined the efficiency of previous generations of wireless services. NCC will do well to pay more attention to infrastructure development, policy initiatives and strategic partnership with states actors in order to reach more people and bring down the price of internet access.

Atiku welcomes Katagum, over 25,000 others to PDP in Bauchi