Title race kicks off as Premier League and LaLiga return 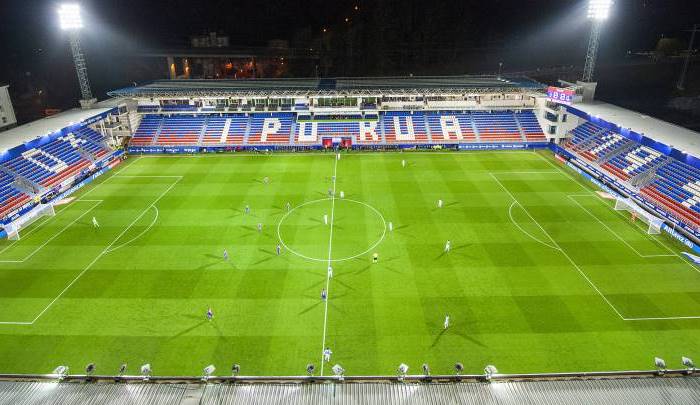 The Premier League is back. Barely a month and half after the 2019-20 season wrapped up, England’s top-flight clubs are back in action and set for another marathon campaign, which is set to squeeze a full season into a schedule.

The coming season is a full month shorter than usual. The action gets underway early on Saturday afternoon with newly promoted Fulham welcoming London rivals Arsenal to Craven Cottage. The Gunners ended 2019-20 on a high by winning the FA Cup, and began 2020-21 in a similar vein, defeating Liverpool on penalties to claim the Community Shield title.

Despite these successes, Arsenal manager Mikel Arteta says he wants to see his side improve even more – starting with their clash against the Cottagers.

“I believe we are closing the gap, but one thing is to do it in a short period of time, and another is to be able to sustain it for 10 months,” Arteta said. “We know this league, how competitive and challenging it is. We are in the right direction.”

English champions Liverpool will be in action in a potential thriller in a late game on Saturday when they welcome newly-promoted Leeds United back to the Premier League. The Whites are playing a top-flight match for the first time in more than 16 years.

“I said to the lads when the fixtures came out that it doesn’t get any better,” said Leeds captain Liam Cooper. “You want to go and test yourselves against the best and the Premier League champions is one way to go about it. We will be prepared like we always are; nothing will come as a shock to us.”

In Spain, the 2020-21 LaLiga season will open with a shortened round which sees the absence of Real Madrid, Barcelona, Atletico Madrid and Sevilla due to their participation in the UEFA Champions League and UEFA Europa League’s recent ‘mini-tournaments’.

Despite the ‘heavy hitters’ being absent, there remains some great football to be played over the weekend, with the pick of matches coming from the ‘Derby del Turia’ between Valencia and Levante at Estadio de Mestalla.

The hosts, who boast Central African Republic midfielder Geoffrey Kondogbia, will be playing their first competitive match under new manager Javi Gracia. Danish player Daniel Wass has praised the influence of the former Watford manager: “He has good ideas, he wants us to play with a lot of intensity and that’s good for us, we also train like that, and I like it a lot.”

Elsewhere, Nigerian fans will be glued to the screens for the clash of Villarreal and newly-promoted Huesca. The Yellow The submarine will be hoping for another strong campaign from Super Eagles star Samuel Chukwueze, who played such a key role in powering the team up the log after last season’s ‘restart’.

Huesca themselves boast a Nigerian star in the shape of Kelechi Nwakali. The 22-year-old, who was the player of the tournament at the U-17 World Cup in 2015, spent three years at Arsenal but failed to make a single competitive appearance before moving away from North London last year.

Now in his second season at Huesca and poised to make his LaLiga debut, Nwakali is being backed to succeed by Nigerian football legend Emmanuel Amuneke: “I believe he has realised the mistakes he made. And now that his team have been promoted to La Liga, it is his big chance to get back to top reckoning.”