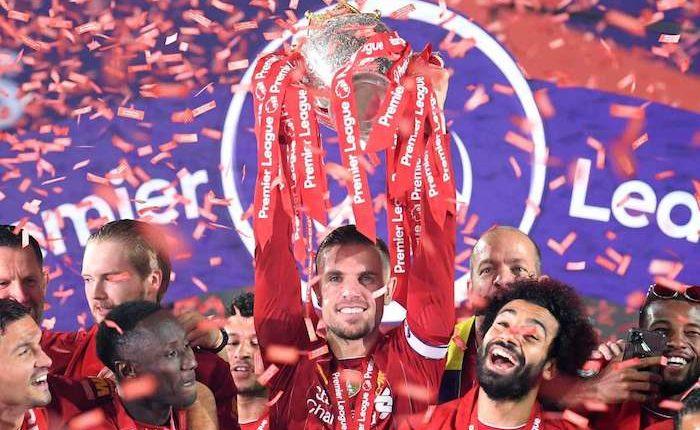 The 2020/21 Premier League campaign begins on Saturday with a cracking lunchtime London derby between Fulham and Arsenal at Craven Cottage. Champions Liverpool are hosting Leeds United in their first top-flight match in 16 years. Heading across the capital will see Crystal Palace vs Southampton at 3pm.

Manchester United kick off their season on the second weekend against Crystal Palace at Old Trafford – having been given a longer break due to their European commitments last season – and we will bring you that live.

But the return of football fans has been thrown into doubt after coronavirus cases soared in England – with football clubs set to continue counting the huge cost.

Clubs were due to let in a quarter of their stadium’s capacity from October 1 under plans to socially distance fans – with some having recently held trial events.

But Boris Johnson announced on Wednesday that he will “review” plans to return audiences to stadiums from that date.

Downing Street has put the plans on hold after government scientists deemed the prevalence of the virus is currently too high for supporters to return to stadiums across the country.

Johnson told a press conference: “We must revise plans to pilot larger audiences in stadiums & review our intention to return audiences to stadiums from the 1st October.”

He added: “That doesn’t mean we’re going to scrap the programme entirely. It just means we are going to review and abridge it.

“Organised sport will still be able to proceed.”

It’s understood some pilots of live audiences for arts or sport will still go ahead.

Yet they will be limited to 1,000 people and will not go ahead at all if they’re in areas which have high virus rates.

Premier League chief executive Richard Masters has warned it is “critical” to get fans back into stadiums soon, but a spike in coronavirus cases has forced the British government to review plans to reopen venues from October 1.

The League was forced to finish last season with the final 92 matches played behind closed doors after the coronavirus lockdown.

When the 2020-21 campaign kicks off on Saturday, stadiums around England will remain empty in the stands due to the continued threat of the pandemic.

Brighton hosted 2,500 fans for their recent pre-season friendly against Chelsea, while Arsenal’s Premier League home match against Sheffield United on October 3 was earmarked for a potential reduced-capacity test event.

Fearing potential losses of £700 million ($910 million), Masters said it is essential for the financial health of English football that supporters are able to return soon.

“We have to get back to fans inside stadia as quickly as possible – that’s the big thing that’s missing, economic or otherwise – we need fans back inside stadiums for all sorts of reasons and it’s the number one priority,” Masters told the BBC.

“I think perhaps there is a perception the Premier League economy can withstand just about anything, but if you do lose £700m out of a planned budget it’s going to affect things and clubs have had to make some very difficult decisions.”

“That is why it is important we focus on those three key objectives and obviously everyone hopes that from next season we can return to full normality, but it’s a huge challenge going forward.

“Financial issues are very real, they’re there, economic uncertainty is in front of us, and we just have to have a clear plan and stick to it.”

Meanwhile, the Prime Minister will also “revise” plans to pilot larger audiences in arts venues like theatres later this month.