... As all 6 English clubs pull out of Super League 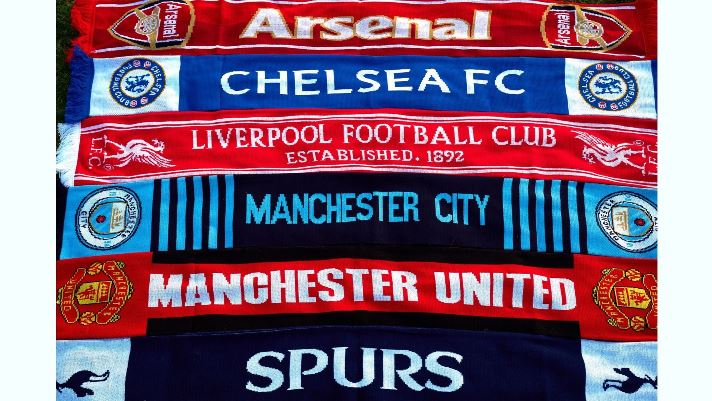 Amid rising protest from supporters and players, all the six Premier League clubs involved in the European Super League have officially withdrawn from the competition.

Chelsea were the first to abandon the project after fans gathered outside their Stamford Bridge ground to voice their anger with Manchester City following soon after.

The other four sides – Arsenal, Liverpool, Manchester United and Tottenham – have all followed suit.

Manchester City confirmed they have “formally enacted the procedures to withdraw” from the European Super League.

Manchester United said it will not be participating in the European Super League after listening “carefully to the reaction from our fans, the UK government and other key stakeholders”.

Liverpool also issued a statement confirming its “involvement in proposed plans to form a European Super League has been discontinued”.

Arsenal apologised in an open letter to their fans and said they had “made a mistake”, adding they were withdrawing after listening to them and the “wider football community”.

Tottenham chairman Daniel Levy said the club regretted the “anxiety and upset” caused by the proposal.

“We regret the anxiety and upset caused by the European Super League proposal.

“We felt it was important that our club participated in the development of a possible new structure that sought to better ensure financial fair play and financial sustainability whilst delivering significantly increased support for the wider football pyramid.

“We believe that we should never stand still and that the sport should constantly review competitions and governance to ensure the game we all love continues to evolve and excite fans around the world.

“We should like to thank all those supporters who presented their considered opinions.” 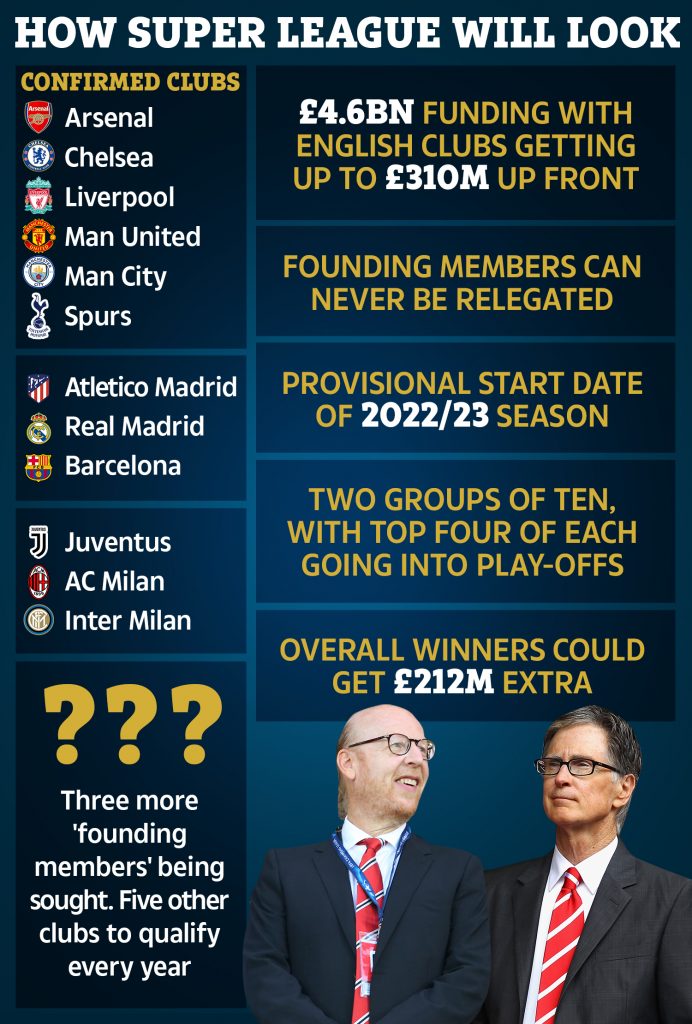 Spurs’ north London rivals also apologised for the “distress” caused by the plan and said “we have heard you” as the club also confirmed it was quitting.

“The last few days have shown us yet again the depth of feeling our supporters around the world have for this great club and the game we love,” the board said in a statement.

“We needed no reminding of this but the response from supporters in recent days has given us time for further reflection and deep thought.

“As a result of listening to you and the wider football community over recent days we are withdrawing from the proposed Super League. We made a mistake, and we apologise for it.”

The club said in recent days it had received “valuable contributions” on the issue.

English football’s ‘big six’ were part of a group, also containing Spain’s Atletico Madrid, Barcelona and Real Madrid and Italy’s AC Milan, Inter Milan and Juventus, that announced plans to form the breakaway league, which they hoped to establish as a new midweek competition.

It was condemned by fans, football authorities and government ministers in the UK and across Europe by Uefa and league associations.

Around 1,000 fans gathered outside Chelsea’s Stamford Bridge ground before their game against Brighton on Tuesday to protest at their club’s involvement.

Chelsea have yet to release a statement confirming their withdrawal, though BBC sports editor Dan Roan reported earlier on Tuesday the Blues had begun proceedings to pull out of the proposed tournament.

Manchester United executive vice-chairman Ed Woodward, who was involved in the European Super League discussions, has announced he will step down from his role at the end of 2021.

Leading players at some of the six clubs signalled their disapproval of the planned breakaway league.

Liverpool captain Jordan Henderson said on social media his side’s “collective position” is they do not want the Super League to take place.

“We don’t like it and we don’t want it to happen,” read a message that was also posted by many fellow Liverpool players.

The European Super League has been criticised since being announced on Sunday.

FIFA, Uefa and the domestic leagues have kicked against the move and threatened to ban clubs and players from competing in their competitions if they compete in the new European Super League.