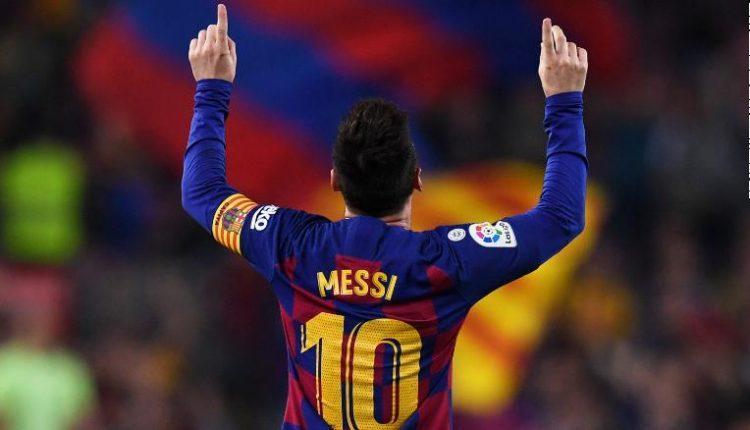 Reports in Spain say Barcelona forward Lionel Messi is fed up with problems surrounding the club, the leaks, the strange atmosphere that constantly surrounds the dressing room and above all, the fact that certain sections of the club always blame him for everything that goes wrong at the Camp Nou.

Messi has told his inner circle of his frustration, complaining that he does not want to be held responsible for anything other than his performances on the pitch.

Messi is also said to be angry at the sporting decisions taken by the club, who have failed to provide him with the right players to support him. His differences with the sporting bosses at the Camp Nou, with public discrepancies with Eric Abidal and his disagreements with coach Setién and why the club didn’t make an effort to bring back Neymar.

The Argentinean forward also feels that the recent poor results, which have opened the door for rivals Real Madrid to win the LaLiga title. He feels others have blamed him for influencing the team selection, in order to choose players he’s closer to, such as Luis Suárez and Arturo Vidal, in detriment to Antoine Griezmann.

Messi scored his 700th goal against Atlético and he still has a chance of winning LaLiga and the Champions League, but his recent problems with Setién and Eder Sarabia, and above all the criticism he’s received for his behaviour towards the coaching staff and leaks of private conversations appear to have worn him out.

Messi had intended to stay at Barcelona, if he was physically able to, but it now appears he’s changed his mind.

This is yet another hammer blow for Barcelona. Messi said several months ago that the team didn’t have enough to win the Champions League, an idea Setién publicly refused to agree with. Messi responded that he had more experience of the competition. Now, with Madrid four points ahead at the top of the table, LaLiga seems impossible and Messi is beginning to see the end of his Barcelona career.