Everybody wins when the Super Eagles play in Lagos – Sola Aiyepeku 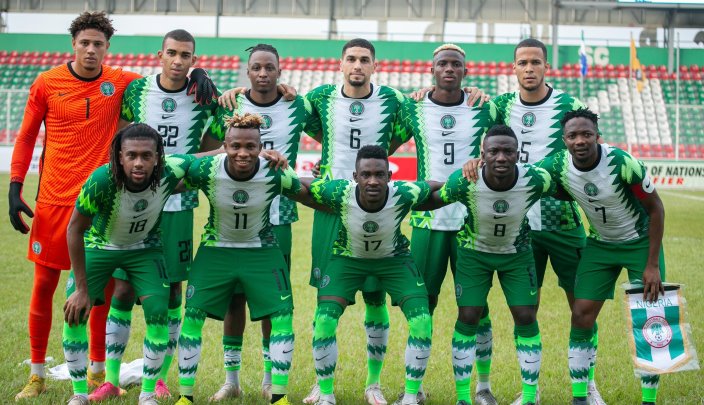 Twenty years after it last did so, the commercial city of Lagos will once again play host to the Super Eagles, Nigeria’s senior male national football team, in a competitive fixture on Saturday at the Teslim Balogun Stadium in Surulere.

The Super Eagles will duel with Lesotho for a chance to represent Nigeria at next year’s edition of the biennial African Cup of Nations (AFCON) billed to take place in Cameroon. With a spot in Africa’s biggest competition at stake, the game has expectedly captivated the interest of millions of Nigerians who passionately follow the Super Eagles.

Notably too, the choice of Lagos as the match venue after two decades has remarkably notched up the excitement trailing the match, with numerous residents of the state recalling with nostalgia historic wins of the national team in Lagos while also expressing anticipation to once again welcome the country’s most popular sports team.

Disappointingly for most fans, only 8,000 (about 30% of Teslim Balogun Stadium capacity) will have the unique privilege of watching the Super Eagles historic return live due to persisting pandemic restrictions. Were that not the case, there is little doubt that the stadium would struggle to contain the fans eager to troop out and catch a glimpse of the Super Eagles stars after twenty years of impatient wait. The explosion and groundswell of support from the country’s most empowered economic base, which has no doubt been noted by the private sector in its continuous search of avenues for commercial partnerships, has raised the question whether Lagos State holds the key to the full realization of the Super Eagles’ sporting and economic potentials.

Indeed, the challenge for the NFF and other sport administrators across the globe as they embark on a journey of recovery following the disruption and economic blow of the pandemic, is to find the best opportunities to meet their sporting and commercial objectives; in other words, to create and take maximal advantage of appropriate situations and opportunities to make the most revenue and improve competitiveness. For the Super Eagles, data suggest that Lagos presents the biggest opportunity.

Sola Aiyepeku, the Executive Chairman of Lagos State Sports Commission, who has been driving the state’s efforts to become a lead sports destination in Africa also shares and champions the view that Lagos, given the strength of its economy, level of disposable income of residents, and unmatched size of private capital present in the state, offers the best chance and clearest path to a commercially viable Super Eagles that plays in front of ticket-buying fans in fully branded and highly-functional stadia, backed by profitable private brand deals.

“We have an overarching goal of making Lagos one of the leading sports destinations in Africa,” Aiyepeku told Business Day.

“This essentially means the strategic attraction of high-profile international sports events, particularly those involving top athletes and national teams. Football is indisputably Nigeria’s most popular sport and Super Eagles our biggest sports brand. In that sense, you could very well consider the return of the Super Eagles to Lagos as both an important signal of our serious commitment to the goal and a positive outcome of the strategic efforts we have been making into our state infrastructure to meet the goal.”

Sola Aiyepeku is convinced the status of Lagos as an economic giant in the country and continent makes it the best and most optimized location for commercial partnerships and alliances with the most profits for the Super Eagles as a sports brand and other stakeholders involved.

“Lagos is not only Nigeria’s strongest economy at the sub-national level, but also on the continent. A clear majority of the biggest brands in Nigeria and Africa have their largest market in Lagos because it is the state with the highest per capita income in the country. A corollary effect of this is greater sales and marketing spend in Lagos as these brands continually seek avenues to deepen their connection with residents of the state and establish brand leadership and loyalty. Sports is no doubt one of such avenues and we believe that with the Super Eagles, we can build an economic ecosystem that benefits every stakeholder involved, including the Super Eagles and the Lagos State Government.”

“When the Super Eagles play in Lagos, private brands are presented with vast opportunities to carry out brand activations and other marketing efforts around the interest and footfall the team will generate on and off the pitch. These brands already have the data from years of engaging the Lagos market and are well-established in the state, so that reduces the associated cost of constant movements and market entry research when games involving the Super Eagles are moved to distant states where they don’t have an active or significant presence.”

“In a post-COVID Lagos when fans are eventually free to return to match centers, we can sell tickets to Super Eagles games, organize various side-shows built around the Super Eagles brand and other activities in and around the match venues, as well as partner with private companies for premium sponsorship deals that deliver revenue for both national team and the state.”

He also points out the importance of what he considers the direct and convenient gateway access that Lagos offers as Nigeria’s commercial capital.

“Lagos as a commercial nerve center is well integrated with other parts of the country and rest of the world. Access is direct and more convenient. Match organizers and players can make direct flights to the state from their respective locations in Europe and Africa without additional hurdles or uncertainties and costly logistics of additional trips which is usually the case when games are played in other states in the country.”

“Don’t forget too that many of the present Super Eagles players grew up watching the Super Eagles play in Lagos. It definitely will be fulfilling and a great boost for them to play in the same city as respected internationals, cheered on by the entire country, all sections of which are present and well-established in our Center of Excellence. It is a perfect mix of sporting passion, commercial opportunities, and social benefits.”

For the Lagos state government, Sola Aiyepeku expects additional streams of revenue to come from a spike in tourist activities as well as other direct and indirect spend linked to the hosting of sports events.

“Lagos is ready to fulfill its obligation as hosts of the Super Eagles and indeed other national and international events post-COVID. We have gradually and substantially improved our stadia, security, and logistics planning. This is all down to the vision and support of our Governor, Babajide Sanwo-olu who is clear-eyed on the benefits of a thriving sports sector as an outlet for creative expression and engagement of the youths, as well as a productive tool of economic growth and development given the proven positive effects of sports on the tourism, hospitality industry, and infrastructure of a state.”

The Lagos State Sports Commission led by Sola Aiyepeku has displayed good thinking in its management of sports in the state, particularly in the face of a pandemic that introduced unprecedented complications and limitations. The return of the Super Eagles is a demonstration of its competence and an important step forward toward achieving its aim of positioning Lagos as one of Africa’s leading sports destinations. There is no economic reason why this cannot be the case as Sola Aiyepeku has argued.

For the Super Eagles, their return to Lagos would rekindle its special and historic bond with the boisterous Lagos fans who are full of anticipation. Importantly too, it could mark the beginning of a strong and profitable economic and sporting alliance that definitely will improve on and off-field standings of the country’s national team in multiple folds.