Emir of Zazzau flags off 21km half marathon race in Zaria

The Emir of Zauzzau, Ahmed Nuhu Bamalli has commended the Athletics Federation of Nigeria (AFN) for bringing the Confederation of African Athletics (CAA) Region II Championship to Zaria, Kaduna state.

The Sarkin Zauzzau made this known when he flagged off the 21km half marathon race to herald the two -day regional event holding at the Ahmadu Bello Sports Complex.

The Emir thanked the AFN President Engr Ibrahim Shehu Gusau for his contributions to sports development in the country especially in Zaria, where the youths are taking to sports as a means of livelihood and recreation.

“I believe that this competition in Zaria is the beginning of more events to come to this city. This will attract more sports tourism to Zaria if it becomes a consistent thing in Zaria”.

In his response, the AFN President Ibrahim Gusau described Zaria as an ancient city with Ahmadu Bello University participating actively in sports in the early seventies and eighties before fizzling out. 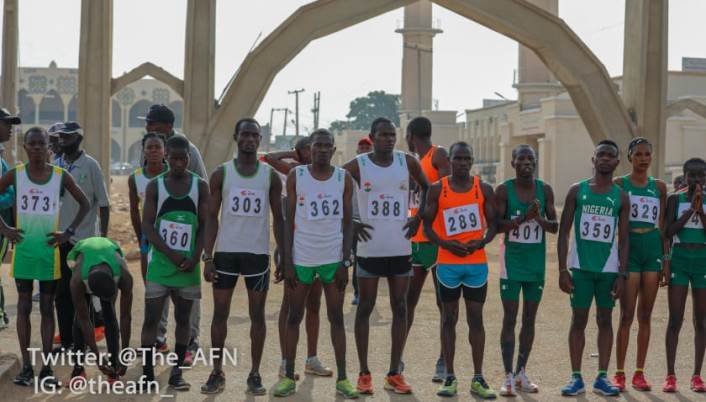 “One of the ways of bringing back sports in the city, the University and the region is by bringing these events to the area. It is a three-in-one Athletics fiesta in Zaria because we just concluded the National Selections here on Thursday as well as the CAA Region ll which is ongoing and the grand prix which will be held on Monday.

“The Emir flagged off the marathon which is symbolic to the community and people of Kaduna. This is a high point of this championship as he prayed for the greatness of Zaria and for more youths in the community to embrace sports, not only to become professional athletes but also for health reasons”.

RevolutionPlus to become official partner of the NFF

Why we made landed properties affordable – T.Pumpy MD