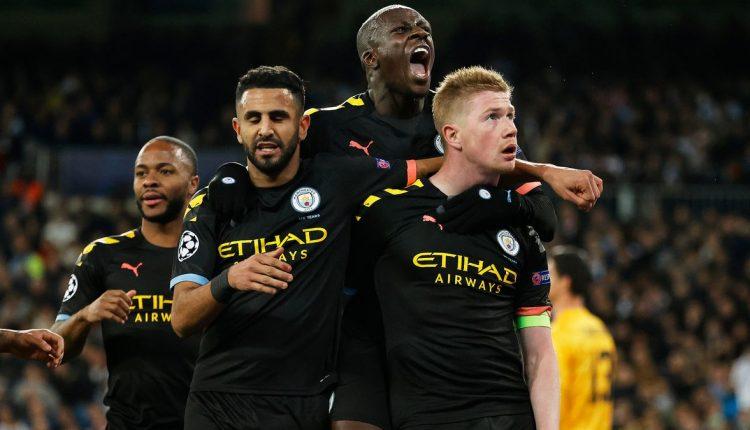 The Uefa Champions League returns after five months of lockdown due to the outbreak of coronavirus, with the second leg of Manchester City’s tie with Real Madrid taking place on Friday night, August 7.

Newly crowned Spanish champions, Real Madrid, will be attempting to overturn a 2-1 deficit at the Etihad Stadium against a Pep Guardiola tutored Manchester City side.

Guardiola’s men put in a very convincing performance back in February to come away from the Bernabeu with a narrow advantage, but a lot has changed since then. Real Madrid came back from the lockdown in scintillating form wrestling the LaLiga crown away from Barcelona and finishing the campaign with ten wins from their last 11 matches.

After a disappointing Premier League performance this season, Man City have a lot riding on their Champions League run, but they will need to get past a red hot Real Madrid side if they are to stand any chance of winning the tournament..

City have struggled on the continent’s biggest stage in recent years, and will be without star striker Sergio Aguero, but will be banking on the Champions League to salvage a disappointing season.

Here is a look at key talking points heading into the crucial cracker.

Real Madrid may have scored 16 goals less than Barcelona during the 2019/20 LaLiga campaign, but their success was founded on the back of a resolute defence. Real conceded fewer goals than their fierce neighbours Atletico Madrid – who are renowned for their defensive abilities under Diego Simeone.

Sergio Ramos marshalled his men to an impressive 19 clean sheets, letting in just 25 goals in 38 games. If Man City want to stop Real Madrid adding to their record-breaking collection of European titles, then they will have to find a way past one of Europe’s meanest defences.

City’s biggest weakness is their defence. No matter how strong the side have been in England, they can’t get over the proverbial wall in their Champions League exploits.

A treble-winning side last year, City fell to Tottenham Hotspur in the quarter-finals. In fact, for all the money that’s been spent constructing the backline, the Cityzens have never made it past the quarter finals stage of the competition. 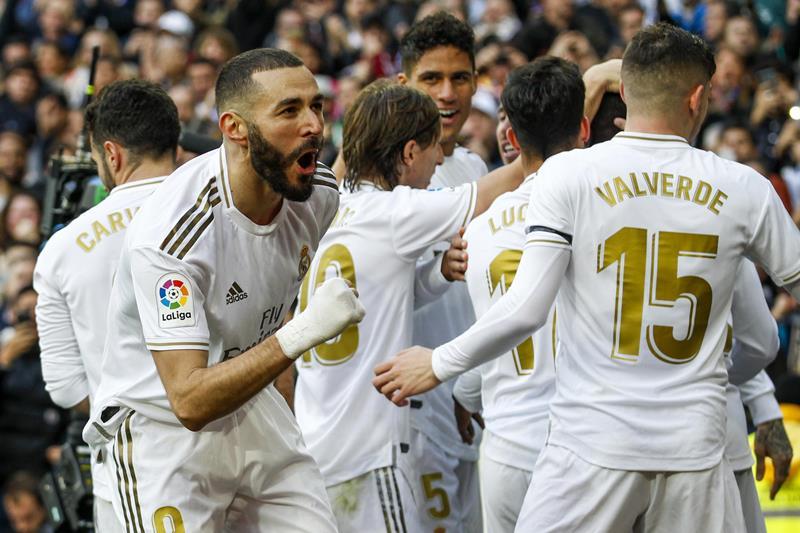 Zinedine Zidane may have the luxury of having several attackers to call upon, the reality is rather different. When your centre-back is your second top scorer, you know something isn’t quite working in the attack.

Although Sergio Ramos is Madrid’s penalty taker and netted an impressive 11 goals, the likes of Eden Hazard, Gareth Bale and Vinicius Junior should be doing far more to aid Karim Benzema up front.

The attacking trio of Hazard, Bale and Vinicius along with Rodrygo only managed eight league goals between them. If Man City can find a way of stopping Benzema that will go a long way to stopping Madrid.

Man City’s strengths have always been their immense squad depth. It’s part and parcel with the huge amount of money they have spent over recent years, but it’s still quite unbelievable just how much depth Guardiola’s side have, particularly in the attack.

With only Sergio Aguero out with injury, City have the opportunity to field a number of different rotations up front, with any one of them good enough to beat just about anybody

The Belgian tied Thierry Henry’s Premier League assists record and he’ll be vital to how City perform in the tournament.

Widely regarded as one of the best midfielders in the world today, there’s not many out there who can control a game the way De Bruyne can and City will look to him to ensure they move past Zinedine Zidane’s Real Madrid.

Los Blancos have an abundance of big names, especially in the attacking areas, but the form of front-man Karim Benzema is by far the best of the lot.

The Frenchman has flourished this season bagging 26 goals and 11 assists in all competitions and finishing behind Lionel Messi in the LaLiga scoring charts. With Eden Hazard struggling to hit the ground running following his summer move from Chelsea and Gareth Bale becoming ever more isolated in the Spanish capital, Madrid have begun to rely on Benzema.

Upsets from Champions League matches makes it more difficult to predict than ever given the unusual circumstances that it is being played in.

It wouldn’t be a surprise for Madrid to go all the way and claim their 14th European crown, it is hard to predict them getting past their next opponents.

Manchester City and Guardiola outclassed Madrid and Zidane two months ago, and although Aguero will be a big miss for the Citizens, the Argentine actually played no part in the first leg either.

Madrid’s form and fortunes have improved dramatically since then but attempting to overturn a 2-1 deficit away from home may be a big task.