All eyes on Madrid derby as title chase gets tough 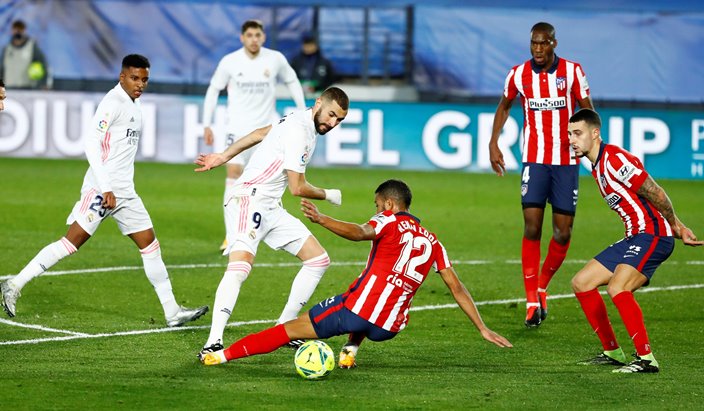 As LaLiga Santander moves into the final third of the season, Matchday 26 looks set to be a very important round of action in the title race, in the quest for European qualification and in the battle to avoid relegation. The headline fixture for the weekend is the Sunday afternoon Madrid derby between Atlético de Madrid and Real Madrid.

There are several fixtures that could prove to be key in this season’s relegation battle, starting with Real Valladolid vs Getafe CF on Saturday. The latter just earned a win last weekend to build up a five-point cushion to the bottom three, while Valladolid’s eight-match winless run means they’re level on points with the edge of the relegation zone and desperately need a three-point haul.

Elche CF are currently second bottom, but have improved under new coach Fran Escribá and will approach their tricky Saturday afternoon fixture at home to Sevilla FC with confidence. It won’t be easy against such a strong opponent, but Elche’s new 4-4-2 system is proving tough for opponents to break down.

The next of Saturday’s bottom-of-the-table tussles sees Cádiz CF host SD Eibar, a clash between 15th and 16th. Neither of these sides have won in their past seven LaLiga Santander matches, which sees them both hovering precariously above the relegation zone. Yet another crucial fixture.

Barcelona are up next on Saturday night at 9pm CET, with a very tricky fixture away to an in-form CA Osasuna team who have won four of their last six in LaLiga. Jagoba Arrasate’s side may have lost 4-0 at the Camp Nou earlier this season but remember how they picked up four points from six in their two meetings last season.

Sunday is Madrid derby day, but before that SD Huesca host RC Celta, a duel between two sides who favour attacking football. This fixture finished 3-3 the last time these two sides met at El Alcoraz, so we could be in for an entertaining back-and-forth contest once more.

Then, at 4.15pm CET, it’s one of the biggest Madrid derbies in years. Atlético Madrid are top of the table and chasing their first championship since 2013/14, boasting a five-point advantage over city rivals Real Madrid coming into this weekend. With Barcelona in the mix too, Atleti know they can’t afford many slip-ups, while Diego Simeone also knows how significant a victory would be.

Even though the capital city derby has been as competitive as ever over the past decade, Atleti haven’t beaten their neighbours in their last six attempts in all official competitions, not since their 4-2 UEFA Super Cup win in 2018. In LaLiga Santander, Los Rojiblancos haven’t enjoyed a derby win since the 2015/16 season, with the subsequent nine league derbies producing four Real Madrid wins and five draws. There’s something different about this year’s Atleti side, though, and they’ll surely feel confident as they take to the field at the Wanda Metropolitano, especially given Luis Suárez’s record of 11 goals in 17 appearances against Los Blancos.