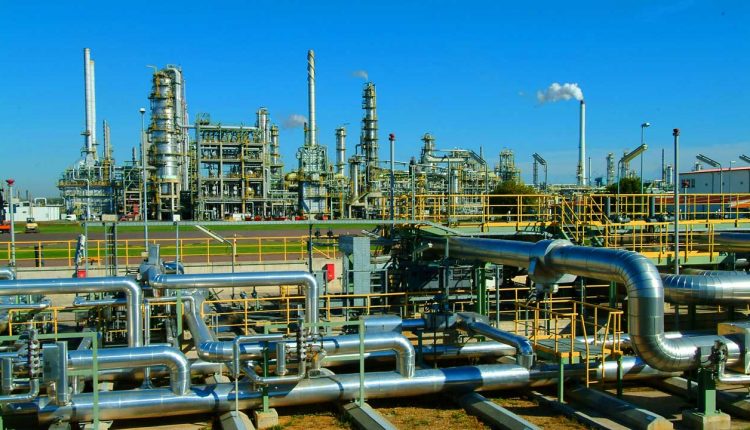 The decision to hold tight to Nigeria’s blue-sky refineries is bleeding Nigeria many infrastructural projects that are shortchanging the country’s economic development.

While the slogan of the Nigerian National Petroleum Corporation (NNPC), operator of the nation’s refineries is “We touch your life in many possible ways,” the operations of the refineries located in Port Harcourt, Warri and Kaduna have affected the country in so many negative ways.

To more specific, a recent audited report by the Nigerian National Petroleum Corporation (NNPC) that Nigeria’s four refineries gulped N154.37 billion in cumulative losses recorded in their operations is symptomatic of the waste in the country.

The issues with the refineries are not just that they do not produce refined products for Nigeria’s domestic economy, but also that they gulp huge funds as operational expenditures (OPEX).

The refineries loss of N154.37 billion can rehabilitate Ikorodu-Shagamu road in Lagos state which cost N750 million, while also completing the dualization of Ibadan-Ife-Ilesha road in Oyo state which have an average cost estimate of N700 million.

Also, the refineries loss of N154.37 billion can easily reconstruct a major part of 127.6 kilometres Lagos-Ibadan Expressway, the busiest road in Nigeria, with more than 250,000 vehicles plying the road daily.

The total Lagos-Ibadan Expressway cost over N230 billion; Julius Berger’s section one has a total of 43km with a total contract sum of over N134 billion, while section two by RCC spans 84km with over N96 billion contract sum.

Checks by BusinessDay also revealed the 2018 refineries loss can build at least 10,000 libraries (at a cost between N10 million to N20 million each) across the country.

The 2018 refineries loss  of N154.37 billion is also higher than funds allocated to education, health, and  Defense and Agricultural and rural development that would have increased the economic growth or standard of living of its 0ver 200million people.

By implication, less money went into building classrooms, hospitals and buying farm tools whereas more funds went into Nigeria’s refineries, a development most experts have severally described “as economic waste amid scarce resources.”

Over the years, the financials of the corporation were not audited and always kept in secret. Mele Kyari, the NNPC GMD, said the audited financial statement was to ensure transparency and accountability. The then GMD, late Maikanti Baru, led the operation of the NNPC in 2018.

What other countries got right

Nigeria had already missed a forecast by PwC that by 2019, it would become Africa’s largest petroleum refiner after Egypt with its 774,900 bpd and South Africa’s 545,000 bpd because the Dangote refinery missed its 2019 start date.

Singapore produces a meagre 20,170 barrels of crude per day, but it is Asia’s petroleum hub, refining 1.51 million bpd and earning $45.9 billion from its export in 2019, the world’s fourth-largest.

The organisation of Petroleum Exporting Countries (OPEC’s) giant Saudi Arabia plans to refine one-third of all its crude within a decade.

After its reform, Saudi oil giant, Aramco, in which investors now have an ownership stake, was named the world’s most profitable company with reported profits of $88.2 billion last year. In May, it appeared in the top five of the Forbes Global 2000 list, which ranks the world’s 2,000 largest companies, according to Arabnews.

With the advantages of population and as the continent’s largest crude producer, most experts say facilitating Foreign Direct Investment(FDI) in refining offers a winning formula to become Africa’s petroleum exporting hub.

Niyi Awodeyi, CEO at Subterra Energy Resources Limited said the federal government has no business being involved in running these refineries because just some handful of people are benefiting from the system why the larger population of the people are living in penury.

“The priority of any proactive government should be to rid the country of these four afflictions currently managed by NNPC,” said BudgIT, a civic organization that applies technology to intersect citizen engagement with institutional improvement, to facilitate societal change.

A report by Nigeria Natural Resource Charter (NNRC) recommends that to get the four refineries functioning optimally the government needs to divest at least 75 percent majority stake, engage service of competent consultants on the valuation of the assets, organize a transparent and fair bidding round managed by independent advisors under the supervision of BPE.

“Appoint a Post Privatization Performance Monitoring Team comprising of BPE officials and independent consultants to checkmate the activities of investors and track performance of the refineries while also ensuring that the processes leading to the divestment of the four refineries are not politically hijacked and devoid of political interference or bureaucratic infraction of any sort,” NNRC,a global initiative designed to help governments and societies effectively harness the opportunities created by natural resources.

Over time, the federal government always ring the alarm bell when there is a fall in crude oil price while failing to take advantage of boom in price.

While the Head of State, Gen. Yakubu Gowon carried out many constructions and road projects with an oil price of $24, which made him declare that Nigeria’s problem is not money, the present political leadership cannot reconstruct the Lagos-Ibadan Expressway since 1999, or do anything else.

What other countries did  right with higher oil price

For an economy at Nigeria’s levels of income, growth of 6 to 8 percent ought to be achievable. But structural problems, including mono-economy, low literacy levels, poor roads, and low electrification rates, stand in the way.

The projects were designed to burnish the country’s image, develop non-oil economy and generate enough employment to maintain social stability.

Saudi Arabia reportedly built an “Economic City” named after King Abdullah from past oil boom. It is a megaproject that cost about $27 billion. The integrated city was designed to include a power plant, a desalinization plant and a port, industrial district, a university and residential area for two million people, among other facilities. It is an ultra-modern project, strategically taking advantage of oil windfall to boost that country’s economy.

For UAE, building an economy less dependent on the ups and downs of the price of oil, but by a skilled workforce in many different industries, is beyond lip service, a message that seems far away from Africa’s biggest oil-producing country.

The new theme called “2020: Towards the next 50” comes at a turning point in the country’s history and comes after HH Sheikh Mohammed bin Rashid Al Maktoum announced the launch of the UAE Centennial Plan 2071 in 2019 — which marks a development plan for the UAE for the next 50 years after 2021.

The plan aims to strengthen the country’s reputation and investment in future generations build on basic tenants such as investment in education with a focus on advanced technology, rely less on oil by diversifying exports and imports, enhance cohesion in societies, improve the productivity of the national economy and build on Emirati values for the benefit of future generations.

“Our mandate is about preparing the UAE for its biggest challenge: The post-oil era. For this, we need to complement government and private-sector efforts to empower young talents,” said Mohamed Al Qadhi about Sandooq Al Watan, the big ambition and challenge take up to 50 years of work.

If the UAE is a textbook study for diversification, Nigeria is the opposite. On numerous occasions, Nigeria’s depleting oil reserves have been extensively discussed as the unrelenting reduction without replacement has become worrisome.

“I don’t doubt the sincerity of the FG about lifting 100m people out of poverty but FG is not prepared to make difficult decisions,” said Andrew Nevin, PwC chief economist at a Nigerian Economic Summit Group (NESG) event. “Time is running out.”

Ayo Teriba, CEO of Economic Associates, said at the event in Lagos that Nigeria’s heavy dependence on oil has led to current unfavourable outcomes and with the focus still on the liquid gold, Nigeria is missing out on the opportunity to tap in the much-available cheap global liquidity.

“Nigeria has suffered a steep loss of liquidity which has hindered growth,” said Teriba. “Rather than identify growth as our major priority, raising liquidity threshold should be the focus.”