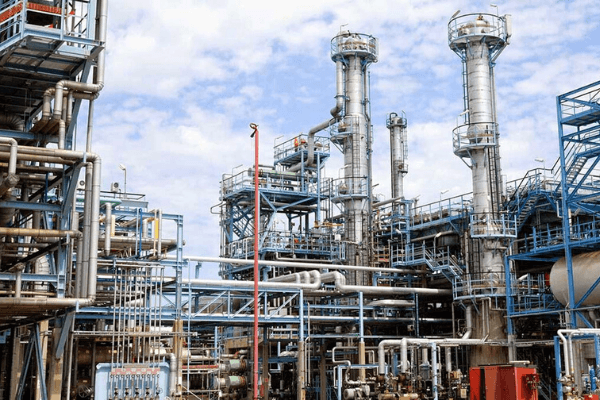 Nigeria’s projected revenue from oil sales in the 2020 budget may come under threats if the country’s crude production level continues its current downward trend.

Crude oil production by Nigeria fell for the third month in a row in December 2019 to a new low of 1.5m bpd, against a target product level of 2.18 million bpd at $57 per barrel, used in the budget. Oil currently sells at about $63 per barrel.

In the 2020 budget, the federal government projected about N3.73 trillion as oil revenues out of total revenue of N8.1 trillion.

The country’s output declined by 95,000 bpd between November and December, according to Organization of Petroleum Exporting Countries (OPEC) figures.

Nigeria’s crude production in December was in line with its OPEC quota of 1.77mn bpd. In the month of October, Nigeria recorded an oil production of 1.78 million bpd which decreased from 1.87 million bpd in September.

“It’s actually production decline and not restraint; we can’t really do much more than that. The numbers will get worse pretty soon without new projects to compensate,” Charles Akinbobola, an energy analyst at Lagos-based Sofidam Capital said.

“Producing below the OPEC production quota and below the benchmark of 2.18 million bpd is not good for Nigeria’s revenue,” Akinbobola said.

During the course of 2019, Iraq and Nigeria repeatedly flouted their agreed production cuts and were held up as examples of under-compliance by Saudi Arabia–OPEC’s de facto leader.

“I have had a series of meeting with the leadership of Nigeria and Iraq and they have assured me they will be faithful to their obligation,” Mohammed Barkindo OPEC’s Secretary-General told Bloomberg TV. “There is no unilateral action that will be taken by both Nigeria and Iraq; I have been in contact with the countries.”

Production data based on secondary sources and cited in the OPEC report showed that the cartel’s production fell by 161,000 barrels a day in December, with Saudi Arabia cutting 111,000 barrels and Iraq–OPEC’s second-largest producer–cutting 76,000.

Those figures contrasted with OPEC’s official production data which showed a drop in Saudi production of 296,000 barrels a day, while Iraqi and United Arab Emirates (UAE) production declined 60,000 and 25,000 barrels respectively.

Production in Angola–whose delegates stormed out of last month’s fractious cartel meeting in Vienna-rose by 96,000 barrels a day in December.

In its closely scrutinized monthly oil market report gave no official figures for Iranian production in December, and referred euphemistically to broader geopolitical “tensions” and “uncertainties” at the end of December as affecting oil markets.

Also, Vienna based OPEC lower demand for its crude oil in 2020 by 0.1 million barrels per day to 29.5 million which would be around 1.2 million bpd lower than in the whole of 2019 and in line with December production.

OPEC said it had raised its overall 2020 oil demand growth outlook by 0.14 million bpd to 1.22 million bpd from the previous month, reflecting an improved economic outlook and booming demand in India and China. If that growth materialises it would be 30percent stronger than in 2019.

OPEC increased its 2020 world oil demand growth forecast by 140,000 barrels to 1.22 million barrels a day, while also nudging its global economic growth forecast to 3.1percent for the year ahead.

The cartel’s boost to its oil demand growth figure “mainly reflect[s] an improved economic outlook for 2020,” the report said, with the developing world, especially China and India, expected to be responsible for most of that growth.

The report comes a month after OPEC and its allies completed a new production pact to deepen their oil-output cuts of 500,000 barrels a day to last through the end of March, bringing the coalition’s reduction to roughly 1.7 million barrels a day.

Those deeper cuts were aimed at mitigating the effects of the slowing global growth that had a knock-on effect on oil demand last year. In that context, OPEC cut its 2019 estimated world oil demand for the fifth time in eight months, this time by a further 50,000 barrels to 930,000 barrels a day.

Still, those hoping for a tighter oil supply-demand balance may yet be disappointed. The cartel raised its non-OPEC supply growth forecast for 2020 by 180,000 barrels a day to 2.35 million barrels, citing upward revisions to supply in Norway, Mexico, and Guyana.

While no explicit reference was made to the tensions between the U.S., Iran, and Iraq, which flared up at the start of January after a U.S. airstrike killed high-ranking Iranian military leader Qassem Soleimani and stoked traders’ fears of retaliatory attacks on Middle Eastern energy infrastructure. Those tensions have since calmed though.

Oshiomhole has only succeeded in burying APC – Oki