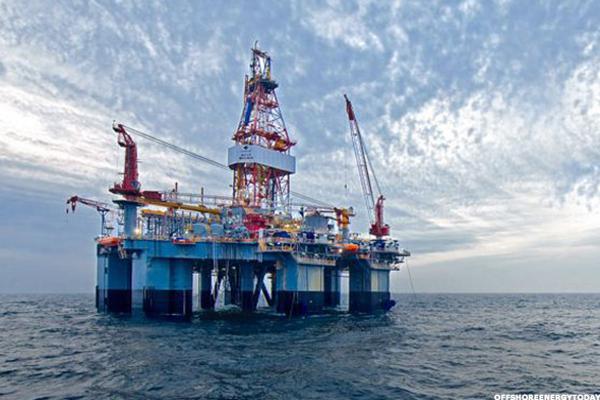 Last Friday, President Muhammadu Buhari signed an amendment to Executive Order 008 on the Voluntary Offshore Assets Regularisation Scheme (VOARS) to facilitate the enforcement of the order originally signed in October 2018.

The order was first signed two years ago to help Nigeria collect taxes on offshore assets by providing an avenue for defaulters to voluntarily declare their foreign assets and pay a one-time levy of 35 percent to avoid penalties for tax evasion.

This was similar to the 2017 Voluntary Asset and Income Declaration Scheme (VAIDS) meant to shore up Nigeria’s tax revenue.

Under the amended order, domestic or foreign banks, asset managers or intermediaries that cooperates with defaulters, enabling them to conceal offshore assets and obligations about them shall be liable to pay to the Federal Government of Nigeria a penalty on the total of such offshore assets, in addition to other penalties provided for under Nigerian laws or laws of foreign countries from which Nigeria can benefit.

The term offshore refers to a location outside of one’s national boundaries, whether or not that location is land or water-based. The term may be used to describe foreign banks, corporations, investments, and deposits.

A company may legitimately move offshore for tax avoidance or to enjoy relaxed regulations. Offshore financial institutions can also be used for illicit purposes such as money laundering and tax evasion.

Offshore refers to a variety of foreign-based entities or accounts. To qualify as offshore, the accounts or entity must be based in any country other than the customer’s or investor’s home nation.

Many countries, territories and jurisdictions have offshore financial centres (OFCs). These include well-known centres such as Switzerland, Bermuda, or the Cayman Islands, and lesser-known centres such as Mauritius, Dublin, and Belize. The level of regulatory standards and transparency differs widely among OFCs. These are sometimes referred to as tax havens.

Tax revenue keeps society and an economy afloat. But not all taxpayers play by the same set of rules.

The global dip in oil prices and the resulting economic recession (2016) in Nigeria resulted in an increased focus on revenue generation through taxation in Nigeria.

Following the mandate by the Federal Government, the Federal Inland Revenue Service (FIRS) intensified its drive for tax collection and has so far reported giant strides in its collection efforts.

However, the tax-to-Gross Domestic Product (GDP) ratio has continued to hover around an abysmal 6 percent despite the reported tax revenue increase by the FIRS. The tax-to-GDP ratio in South Africa is 29 percent, Ghana 18 percent, Egypt 15 percent and Kenya 18 percent according to the Organisation for Economic Corporation and Development.

One explanation for this is that Nigeria has a small tax base, which places huge burdens on honest and compliant taxpayers. According to the International Monetary Fund (IMF), out of the Nigerian labour force of 77 million persons, only 10 million persons are registered for tax purposes. This situation has adversely affected the government’s revenue generation through taxes. However, another category of uncaptured taxpayers are those who own and operate offshore assets.

With the help of lawyers, accountants, white-shoe professionals and complicit Western governments, the wealthy and well-connected have avoided paying trillions of dollars in taxes.

When news of the unprecedented leaks broke worldwide on April 3, 2016, PREMIUM TIMES published series of exclusive reports about the offshore assets of prominent Nigerians named in the database that is now globally referred to as #PanamaPapers.

Some of them, who are public office holders, held the assets in violation of Nigerian law, failing to declare them to the Code of Conduct Bureau.

What VOARS seeks to achieve

The VOARS Order mandates the Attorney General of the Federation and Minister of Justice to set up the VOARS facility in Switzerland. To take advantage of the Scheme, taxpayers are required to access the facility by paying a 2 percent facility access fee and making all necessary disclosures.

Any defaulting taxpayer who fails to take advantage of the Scheme will be liable to the tax due, the interest thereon, investigation, charges and enforcement procedures for offshore assets held anywhere in the world.