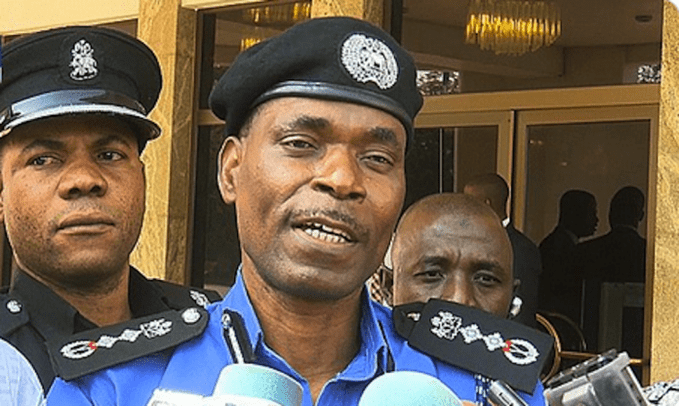 Share
The Defence Headquarters Tuesday, blamed lack of adherence to the standard operating procedure for the killing of three police officers attached to the IGP Intelligence Response Team, and two civilian’s in Ibi, Taraba State.
The officers – Inspector Mark Ediale, Sergeants Usman Danzumi, Dahiru Musa, as well as an informant, were allegedly killed by soldiers on duty at a checkpoint, on August 6.
They were killed on their way to Jalingo, the Taraba State capital, shortly after arresting a suspected kidnap kingpin, Hamisu Bala (alias Wadume).
Concerned about the fatal incident, President Muhammadu Buhari had ordered the Defence Headquarters to set up a panel of investigation to unravel the circumstances surrounding the ugly development.
The Chief of Defence Staff (CDS), General Gabriel Olonisakin, had set up the 7-man Board of Enquiry headed by Rear Admiral Ibikunle Olaiya.
According to the Defence spokesperson,  Colonel Onyema Nwachukwu, in the report submitted to the CDS, the panel observed infractions and poor communication between personnel of the police and troops of the Army.
This is as the BOI further recommended investigation of Captain Tijani Balarabe, who was alleged to have ordered the attack on the police operatives.
Also recommended for further investigation were Sergeant Mohammed, and Corporal Bartholomew Obanye.
On the part of the Police, the Board emphasised the compelling need to probe the role of the Divisional Crime Officer (DCO) in charge of the Ibi Police Division, Assistant Superintendent of Police (ASP) Aondoona Iorbee, and Inspector Aliyu Dadje.
“After a thorough and painstaking investigation into the incident, the BOI submitted its report to the convening authority observing that, there were infractions and poor communication between personnel of the NPF and troops of the NA.
‘It was also observed that there was non-adherence to the Standard Operating Procedure by both parties involved in the incident.
“It further made some recommendations to the NA and NPF to forestall future reoccurrence and bring anyone culpable to book in accordance with extant laws.
“The BOI also recommended that the NA and NPF should further investigate Captain Tijani Balarabe, Sergeant Ibrahim Mohammed, Corporal Bartholomew Obanye, DCO Ibi Police Division, Assistant Superintendent of Police Aondoona Iorbee, and Inspector Aliyu Dadje for complacency and necessary disciplinary measures. It was also recommended that further investigation be conducted on Hamisu Bala for gunrunning and possibly kidnapping, in order to prosecute the suspect”, the panel said.
In addition, the board made a strong case for the establishment of “an Interagency Liaison Desk” by the Services and other security agencies, for the harmony of activities.
According to Nwachukwu: “Following directive of the  Commander-in-Chief of the Armed Forces, President Muhammadu Buhari for an immediate investigation into the unfortunate incident that led to the killing of 3 Nigerian Police Force (NPF) personnel and 2 civilians by troops of the Nigerian Army (NA) along Ibi-Wukari Road in Taraba State, the Chief of Defence Staff General AG Olonisakin constituted a Board of Inquiry (BOI) to investigate the incident.
“The 7 member BOI led by Rear Admiral Ibikunle Taiwo Olaiya as chairman, comprised one representative each from the Defence Headquarters, Nigerian Army, Nigerian Navy, Nigerian Air Force, Defence Intelligence Agency, Nigeria Police and Department of State Service”.
He stated further that: “The incident started from Ibi town, following an alarm alleging the kidnap of one Alhaji Hamisu Bala (aka Wadume) by some individuals in a Hummer bus. Captain Tijani Balarabe informed all military checkpoints along Ibi-Wukari Road, who sprang into action.
“The alleged Hummer bus mentioned in the distress call, however, conveyed Police personnel of the IGP-IRT who were on a legitimate duty in Taraba State.
“Also, military checkpoints in the area were deployed by troops of Headquarters 93 Battalion, Takum, who were equally on legitimate duty to checkmate communal clashes, kidnapping, and armed robbery, which were prevalent threats in Wukari  Ibi area”.
Share