Against wide opinion, Buhari scores self high on tackling insecurity 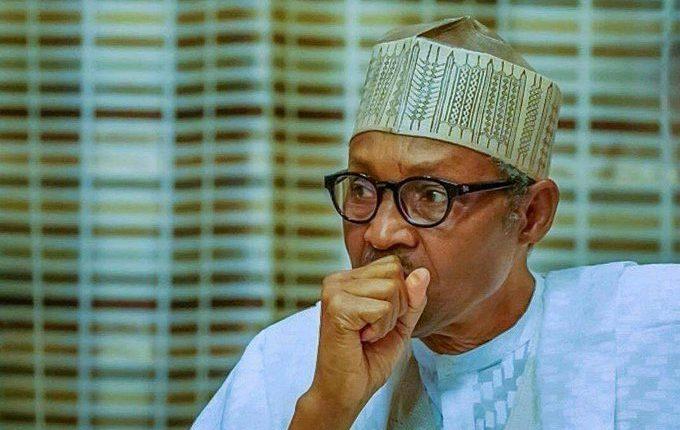 Against national and global concerns on growing insecurity in Nigeria, President Muhammadu Buhari scored his administration high on delivering the promise to combat what is now being seen as a menace as reflected in Boko Haram insurgency, kidnapping, banditry and other forms of criminalities that have bedeviled the country.

Available data has shown that no fewer than 245 people were killed in violent attacks in January alone, a situation which has fueled regional agitations for state security outfits like Amotekun. Members of the Christian Association of Nigeria (CAN) across the country, just last Sunday staged a protest over the country’s  security situation

But speaking at the induction of combat helicopters into the Nigerian Air Force Inventory in Abuja on Thursday, the president said the success recorded so far in tackling insecurity has not only restored Nigeria’s pride and honour across the world but has also restored Investor confidence in the country.

He also said his administration has taken concrete steps to create a friendly investment climate for foreign investors and we will strive to maintain the tempo.

According to him, the degree of confidence of foreign investors in the country is growing and efforts are ongoing to attract more foreign investment in the non-oil sector of the economy so as to achieve the level of diversification we desire to see in our economy.

“I, therefore, enjoin everyone to keep faith with us as we steer the country to the desired destination. Consequently, I want to sincerely thank Nigerians for believing in me and coming together as a nation, irrespective of political, religious and ethnic affiliations, to bring this scourge to an end.

“I want to, once again, salute the resolve of our armed forces and the invaluable contributions of all security agencies towards the decimation of Boko Haram”, the president said.

Buhari who inducted two Agusta 109 Power and One MI-171E helicopter into the NAF fleet said the helicopters will add impetus to the combat efficiency of the Nigerian Air Force in combating Nigeria’s contemporary security engagements.

He recalled that about a year ago,h e commissioned two Agusta 109 Power helicopter gunships which were procured from Italy and inducted into the Nigerian Air Force inventory to boost its operational capacity.

“The acquisition of these aircraft amongst several other military equipments despite our budgetary constraints is an expression of that commitment. We shall, therefore, continue to do our best to ensure that every sector of our nation experiences the change that we have promised the nation.

“As I commission these aircraft into service today, I, therefore, expect discipline in operation and a strong maintenance culture that will enable the nation to derive maximum benefits from this acquisition”, Buhari said.

He, therefore, expressed his appreciation to the Governments of Italy and the Russian Federation and in particular the efforts of the Italian and Russian Ambassadors to Nigeria for sustaining the strategic partnership between our countries, which facilitated the acquisition of the helicopters.

The Chief of Air Staff (CAS), NAF, Air Vice Marshall Sadique Abubakar in his welcome address noted that the fight against insurgency and terrorism couldn’t have been possible without the provision of modern war platforms and equipment sophisticated enough to guarantee the safety of the communities where these asymmetric wars are perpetrated.

The CAS said the employment of the platforms, especially the rotary wings, in the fight against insurgency and terrorism has been an effective and efficient game changer.

“Since the acquisition of the recently inducted Mi-35M helicopters, the inherent flexibility and versatility displayed by these machines have ensured greater achievements in the fight against insurgency/terrorism and other vices in the country.

“It has also ensured speedy provision of support to other sister Services involved in the prosecution of the fight against insurgency, terrorism, cattle rustling, kidnapping, and banditry”, he said.

Abubakar assured that the helicopters will be employed judiciously in the fight against banditry, insurgency, and terrorism. He also assured Nigerians that the NAF, and the Armed Forces of Nigeria, as well as other security agencies in Nigeria, will never relent in the course of our duty until “these violent non-state actors cease to have an impact on the peace and unity of Nigeria as well as on the safety of law-abiding citizens.”

Security: We are short of manpower, funding – Defence Minister

Spate of Kidnappings continue in Ondo as another Navy Commander abducted

If nothing is done Jukun, Tiv crisis will consume all of us – Reps’ member

Security: We are short of manpower, funding – Defence…

Spate of Kidnappings continue in Ondo as another Navy…