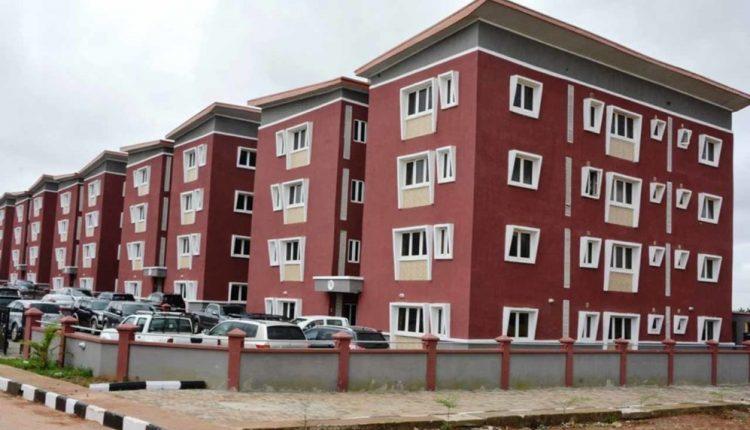 Indications that the federal government does not still believe Nigeria has housing deficit was brought to the fore at the just concluded Abuja International Housing Show (AIHS) when the minister of state for works and housing, Abubakar Aliyu, disclosed that government has constituted a special survey committee to verify figures that have been put out as the size of the deficit in the country.

Aliyu whose views were contained in his goodwill message to the organizers of the housing show with the theme, ‘Housing Finance and Liveable Cities: Innovation for 2020 and Beyond’, said his ministry was concerned about the several figures on the housing deficit, ranging from 17 – 22 million units.

Babatunde Fashola, the minister for works and housing had said he was at a loss where housing deficit figures which, according to him, were un-clarified, unverified and unproven, was coming from.

“The last time Nigeria held its census was 2006. Since then, we have not held another. Then, where did we get this figure? Where did we get the 17 million housing deficit?” Fashola wondered, adding,  “some people say it is from the World Bank. I have asked the World Bank and they have disowned that figure, saying it did not come from them,” said the minister, who spoke at a media programme,

Continuing, he said, “my understanding of housing deficit is that it is largely an urban problem—people migrating to the cities. If you go to the rural areas, you will see houses owned by people living in the cities. These houses are locked up. We cannot be talking about housing shortage when we have many houses that are empty.”

Aliyu, however, impliedly admitted that there was a deficit when he revealed that the ministry was mitigating the deficit by way of providing more houses under the  Phase 2 of the National Housing Programme (NHP) to ensure that Nigerians wherever they reside have access to affordable, conducive and decent housing.

“In addition, the Federal Mortgage Bank of Nigeria (FMBN) and the Federal Housing Authority (FHA) are also increasing housing stock for Nigerians through several programmes designed to achieve the 200,000 housing units per annum target of government,” he said.

He pointed out that the need for Nigerians to look beyond the public budgetary provisions in the delivery of affordable houses to the teeming Nigerian populace was quite imperative since government alone could not provide all the funds required to meet the set deliverables.

“Accordingly, the ministry is willing to partner with credible private sector developers towards actualizing government’s aspirations in housing development in the country,” he said.

Wine sales in Nigeria to fall 33% on COVID-19 restrictions

3 things you need to know about the Jumia brand festival