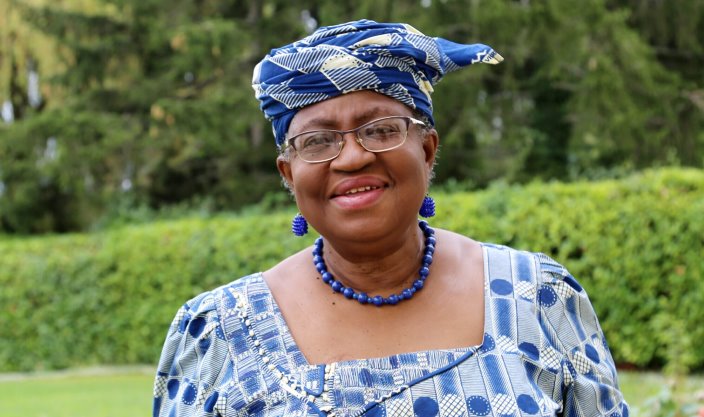 Ngozi Okonji-Iweala, former vice-president of the World Bank has canvassed for more inclusion of women in leadership positions to tackle global poverty and guarantee good governance.

Okonjo-Iweala, who would be appointed the head of the World Trade Organisation (WTO) on Monday, stated at the weekend, while featuring as a guest on Christiana Amanpour programme on Cable News Network (CNN).

She said that recent study by Mackenzie had revealed that the world would gain more than $20 million dollars if more women are in leadership positions.

“So, there is this innate and bias mind-set towards women. Access to credit for them to empower themselves; we need to talk to men to change this. It is not good for us to talk to ourselves alone, but also to men to change things. When you do a survey, they would say that women would make good leaders, but globally you find out that they don’t select women leaders compared to the men”, Okonjo-Iweala said.

The former Nigerian finance minister said though there has been significant progress in term of more women occupying leadership positions, it was, however, slow compared to expectations.

Speaking further, she canvased for accountability among global leaders to guarantee good governance.

Iweala expressed her readiness to assume the position of the head of the WTO and initiate necessary reforms, while expressing appreciation for the Joe Biden’s administration for supporting her candidacy.

According to her, “I think it is even harder to call out sexism and gender attitudes for women of colour and you don’t know if it is gender or sexism and it has been proved both within my continent but the issue is that the pace of change is very slow.

“For example out of 193 members of United Nations only 57 have had women leaders. In 2000, there were about four leaders but now we have about 14 or 13. People would say that is progress; but if we are making progress like that, it would take us decades to get to where we want.

“I think there is a cost to it; but as an economist, Mackenzie did a study recently that if there were gender equality, the world would gain $20 trillion globally.

“You can’t have good governance without accountability. That is why things are changing. The new generation are less tolerant, they want their leaders to be accountable and that is why you see civil society everywhere and young people coming out in the street demanding a more democratic regime.

“I believe if you want to be a leader you must be willing to be accountable and we have seen across people demanding that. Let me say am grateful for the Biden’s administration for coming out to give me the support, and I want to say that I look for the challenge of the future of rebranding the WTO and member countries”.

Rest of the World

Another first for Black women as Okonjo-Iweala heads WTO