Nigeria’s major cities are struggling with meagre power after the country’s electricity-generating infrastructure failed for the umpteenth time.

The power grid failure occurred during a period of fuel scarcity, causing the prices of Premium Motor Spirit (PMS) – petrol – and Automotive Gas Oil (AGO) – diesel – to skyrocket, putting a strain on the few resources available to businesses and households.

According to the National Bureau of Statistics (NBS), the nation’s twenty-nine power Generating Companies (GENCOs) experienced growth from 2020 to 2021. 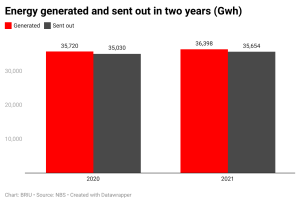 Nigeria, the largest economy in Africa, has seen instability and inconsistency in the generation of power in recent years.

According to the NBS, quarter one of 2021 (Q1’21) recorded a better power generation with 9,718 Gigawatts hour (GWh) compared with other quarters.

However, the momentum was not maintained as the data gleaned show a steady decline towards the third quarter of 2021. 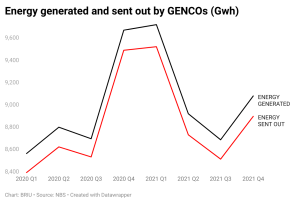 On year on year basis, the GENCOs recorded a 1.9 percent increment in power generation from the period in view.

Similarly, the energy sent out also got a boost, as over 35,654 GWh of energy was sent out in the period. 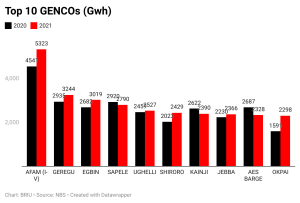 Out of the 21 GENCOs, Afam (I-V), Gerugu, Egbin, Ughelli, Shiroro, Jebba, and Okpai all maintained a steady increment from the previous year.

In addition, Gbarain, Azura-Edo, and Dadin Kowa sit below the table without generating or sending out any energy.

How entrepreneurship is shaping the minds of youths

NSIA, Vitol to commit $50m to climate solutions in Nigeria

‘Mother of all Law School campuses’ ready in PH

Video: Nigeria Eurobonds near junk, shut out of debt market

Five reasons why you need to invest in Real Estate.

Why ICT is must for Lagos auditors, says Muri-Okunola