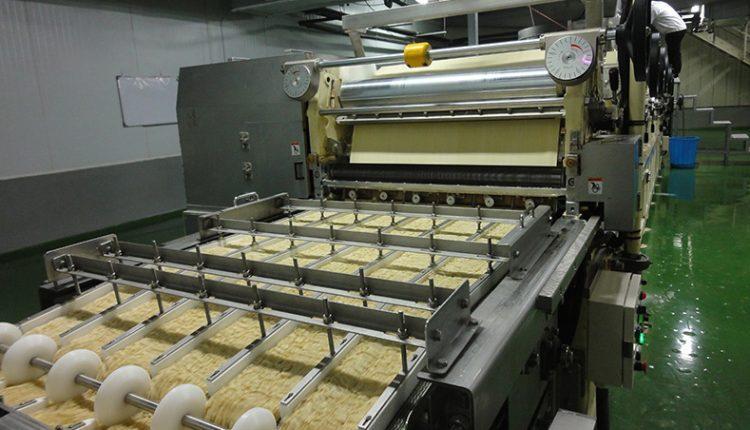 Nigeria’s youthful population is providing a big market for noodle makers which many refer to the boundary between a solid meal and a snack.

With 44 percent of Nigerians between 0-14 years and over 70 percent in 0-30 years’ bracket, young Nigerians are whetting their appetite with noodles as it is easy to cook and faster for urban dwellers.

According to Euromonitor international’s November 2019 report, noodles has grown very strongly over the last 20 years to become an important staple, consumed by practically all urban households on a regular basis.

“Over the review period (2013-2017), revenue growth has been driven by a combination of expansion in production capacity, higher traded volumes, upward price adjustments, and more recently, business acquisitions. This equated to a fiveyear Compound Annual Growth Rate of 24%,” a corporate ratings report on Dufil at FMDQ said.

But the company must be mindful of Flour Mills’ Golden Penny Noodles, which is gaining traction in the southern and northern part of Nigeria.  Flour Mills’ 2019/20 annual report released on March 20, 2020,showed that Group’s revenues grew by 9 percent year-on-year (YoY) from N527.4 billion a year ago to N574 billion in 2020.

According to the report, agro-allied arm of the group company contributed the most revenue. Revenue from the agro-allied increased by 20 percent from N88.1 billion the previous year to N105.5 billion in 2020.

The food segment ( including noodles) reported  contribution increase by 7 percent.

According to Paul Gbededo, CEO of Flour Mills,  “The food business recorded accelerated growths within the business-to-consumer (B2C) segments in line with projections, as our focus to improve customer experience saw the introduction of a range of new products and our strategic marketing and promotional activities to win over new market segments yielded the desired result.”

The noodles industry has experienced acquisitions at various times. In 2018, Dufil acquired 100 percent of the food production line of May & Baker Nigeria plc, which covers its noodles business under the brand name Mimee Noodles. The deal was valued at N775 million. Similarly, in 2017, Dangote Noodles Limited, a unit of Nigerian company Dangote Flour Mills, sold two of its production plants at its Ikorodu and Calabar factories to Dufil for N3.7billion.

Although of Japanese origin, noodles have become prominent among Nigerian consumers due to its relatively affordable and instant meal nature usually made from common wheat. Data from the World Instant Noodles Association (WINA) shows that Nigeria is currently among the largest consumers of instant noodles, with 1.92million servings as of May 2020, ranking 11th position in the global demand for noodles ranking.

As of 2004, Dufil was already producing one million cartons of Indomie per month and by 2010, it had a production capacity of one billion packs of Indomie noodles in diverse flavours. Today, it has 15 manufacturing plants in the country and thousands of local distributors in various geo political zones of the country.

Dufil is eyeing higher market share with its  chicken, onion, peppersoup, oriental and relish flavours, which can be found in different packs.

The Golden Penny Noodles is also fighting  for consumer loyalty through utter satisfaction. Today, the brand has grown to be among the top three in the Nigerian noodles market providing various sizes and flavours ranging from the 70g, 100g, and 150g size and chicken to jollof flavours.

At the launch of the Golden Penny Jollof in 2019,  Chiaka Eluchie, category manager for Golden Penny Noodles, said  the Jollof Chicken Flavour was produced in line with consumer needs and preference in mind, as the company put so much research into the product, which was considered as the most appealing flavour to Nigerians,

She also stated that the Nigeria noodles market value was worth N190 billion, growing consistently year on year, fuelled by rapid population growth rate. The company leverages its alliance with the Northern Nigeria Flour Mills, which has three manufacturing units with a combined capacity of 1,200 metric tons per day, to expand its reach in the northern market.

Similarly, the Honeywell Noodles has consistently remained part of the big players in the country’s food industry, wielding 12 percent of the noodles industry, according to Lanre Jaiyeola, managing director/CEO, Honeywell Flour Mills.

The brand was launched into the Nigerian market in November 2010, providing diverse flavours over the years, ranging from the chicken to the curry chicken, onion chicken and spicy chicken.

According to its website, in a bid to cater to its increasing clientele, it has consistently upgraded its production facilities, starting with the construction and installation of a 200 metric tonnes wheat mill at the Tin Can Island site. It is on a continuous re-modelling exercise to increase the milling capacity to 360 tonnes per day. The company carried out an expansion project, a twin mill facility of 1,000 MT per day which was completed in 2013. Currently, production capacity is now 2,610 MT per day.

Coming after these three brands are a host of other brands who are partially struggling to get their own independent part of the market share as well as loyal consumers.

A survey carried out by BusinessDay on noodles consumers revealed that nine out of 10 Nigerians from age 35 below are loyal consumers of the staple, spending between N60 and N350 each depending on the size and flavour.

Tope Adenuga, a student of University of Lagos,  enjoys her noodles according to her mood and schedule.

However, she said spicy noodles well garnished with protein and vegetables were her favourite. Adenuga further said she enjoyed barbeque flavour with spices.

Faith Bassey, a noodles vendor at Apapa, said that her customers had different requests on the kind of noodles they wanted. She stated that some preferred it spicy and sometimes with a blend of peppersoup, while others wanted the ones well garnished with seafood and other vegetables.

Why Heineken’s acquisition of NB stocks matters for brewers