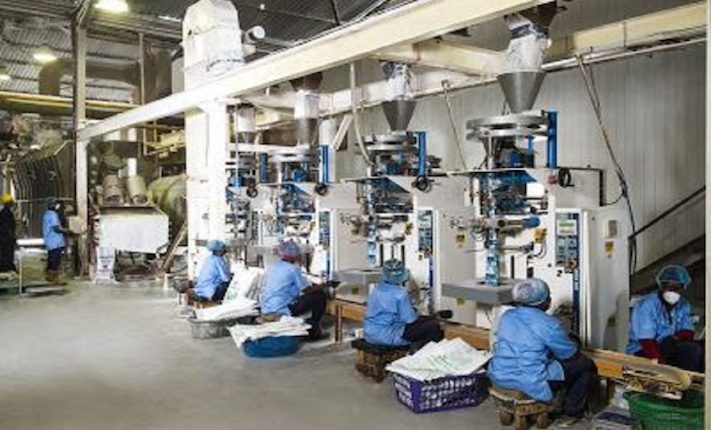 Consumer Goods Company NASCON Allied Industries is showing recovery signs following disruptions occasioned by the COVID-19 pandemic and the influence of a weak macroeconomic environment as it posted a 21 percent increase in its revenue for the first quarter of 2021.

In its standalone financial statement, the makers of Dangote salt and Dan-Q maggi between January, February and March 2021 recorded a 21 percent increase year on year (YoY) in its revenue moving from N6.8 billion in 2020 to N8.3 billion, this was achieved from the sale of its products.

Further analysis of revenue generation by geographical location shows that it generated the most revenue from the Northern part of the country with N5.2 billion while it generated N2.5 billion and N517 million from the West and East respectively.

Similarly, its gross profit experienced an uptick moving to N3.41 billion from N2.51 billion representing 36 percent growth, while its profit before tax increased by 15 percent to N1.06 billion in 2021.

After a tax payment of N340 million, the firm’s profit for the period amounted to N723 million which is a 15 percent improvement from the N627 million achieved in the corresponding period of 2020.

NASCON income from investments surged by 84 percent to N13.7 million from N7.4 million, this was driven majorly by its returns on treasury bills

In its financial statement, the company revealed that during this period, its total capital commitments amounted to N1.20 billion in respect of purchase of raw salt and the rehabilitation of its Oregun plant which it relocated to in 2019 from Apapa.

NASCON, one of the subsidiaries of Dangote Industries Limited deals with the production and distribution of items such as salt, vegetable oil, tomato paste, and seasoning products. At The close of trading on Friday, the company’s share price stood at N14.8 on the floor of the exchange.