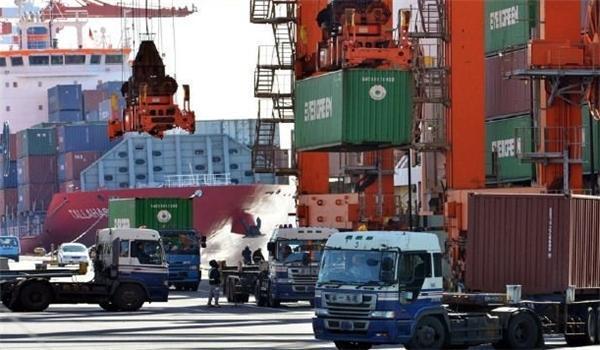 Manufacturers and exporters are counting their losses as measures taken locally and globally to curb the spread of coronavirus continue to hurt them.

Manufacturers say they are still struggling to get their raw materials to their factories as security agents request bribe before allowing their vehicles passage.

Mansur Ahmed, president, MAN, said federal and state governments must urge security agencies to allow movement of manufacturers’ vehicles to forestall closure of factories due to intense pressure on margins.

“With the current logistics nightmare, a lot of agro-based raw materials will go bad before they reach the factories,” he said.

‘Logistics is still a challenge; you can’t move goods easily,” he further said.

Jon Kachikwu, CEO of Jon Tudy Enterprises, a Lagos-based food processor, whoalso exports to the United States, in a telephone interview, said high cost of logistics was having a big impact on his production cost.

“Bringing in a bunch of plantains into Lagos used to cost N800 to N1,000, but you have to spend at least N2,000 now because security agencies insist on being ‘settled’,” he said.

“Security agencies are simply frustrating us. The Federal Government said we can bring in food, but this is not the case. The government should visit security checkpoints and see how much frustrating things are,” he said.

He urged the government to intervene, saying that businesses were barely surviving.

He pointed out that border restrictions by many countries were also hurting Nigerian exporters.

The manufacturing sector contributes over 11 percent to Nigeria’s Gross Domestic Product (GDP). The sector is hard hit by poor infrastructure in the country as players continue to be pummelled by rising logistics costs. Energy cost is high, and taxation is mostly cumbersome in Africa’s largest economy hard hit by revenue crisis owing to low crude oil prices and lockdowns.

Nigeria relies on crude oil for 75 to 80 percent of their foregn exchange and revenue. The non-oil export sector is hard hit by a poor transport system, and lack of competitiveness in the global market.

Okhai Ehimigbai, export manager at Aarti Steel, which exports steel products and zinc ash, said his company had earlier stopped export to the Economic Community of West African countries (ECOWAS) due to the closure of the border. He added that the company no longer exported at the moment owing to coronavirus measures taken by many countries.

Manufacturers fear that banks and creditors may swoop on them from the third quarter of the year as their hope of paying back loans looks slimmer due to a worsening economy and ravaging virus.

“There is no written report on this, but our members have been complaining that they can’t pay salaries and that banks may close in on them, which may lead to take-over,” Ambrose Oruche, acting director-general of the Manufacturers Association of Nigeria (MAN), said.

A less strenuous situation occurred in 2016 when foreign exchange inflows into Nigeria fell by more than 50 percent. Fifty-four firms shut down in 2016/17, according to Frank Jacobs, the MAN president. More than 200,000 jobs were reported lost during this period.

Muda Yusuf, director-general of the Lagos Chamber of Commerce and Industry (LCCI), told BusinessDay recently that the country must ensure that its real sector was competitive to reduce over-reliance on oil receipts.

Once reviled, IMF could become Africa’s best friend in time of covid-19