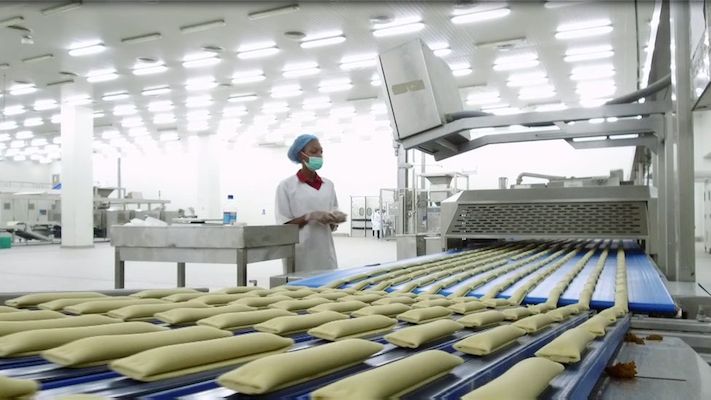 Despite being a relatively new company in Nigeria’s beverage and snack industry, Rite Foods is making waves and has already attracted a huge percentage of market share and consumer loyalty.

The company, which started in 2007, is a player in the snacks segment of the food industry and is gradually taking its place in the soft drinks’ and energy drinks’ segment of the beverage industry in Nigeria.

From producing the traditional beef sausage rolls to variety of beverages that rival international standards, the brand has expanded to become a household product.

In 2013, the company pumped over N30 billion in building a world class beverage and sausage roll factory, in Ososa, Ogun State, Nigeria, the company was completed in 2015, while its office is located in Lagos.

Rite Foods factory is currently considered the leading production facility in Nigeria, with comprehensive, state of the art, self-automated machines, it also has facilities for staff members as well as other basic structures to ensure the seamless operations of the company.

Speaking to journalists during the Brand Academy and facility tour organized for reporters by the company, Seleem Adegunwa, Managing Director, Rite Foods, mentioned that in 2007, Rite foods was established as an offshoot of Ess-ay Holdings Limited (EHL).

He explained that EHL was a company with different subsidiaries including Photo production, printing, among other businesses and had its footprints in eight West African countries including Nigeria, Ghana, Togo and Cameroon.

Rite Foods announced its entry into Nigeria’s snacks market with the production of its sausage rolls. Despite the presence of other major competitors like AG Leventis, United Africa Company (UAC) foods, and many more, Rite foods dominated the market with varieties which captured consumer’s preference.

Adegunwa mentioned that the company’s bakery equipped with superior self-automated machines has two production lines that 27, 000 sausages each per hour.

Its beverage line is also equipped with self-automated comprehensive machines and five production lines that produce thousands of Carbonated Soda Drinks (CSD) daily with 12 various flavors, as well as its premium bottle water.

Rite Foods also excited its consumers with the introduction of its energy drink available in PET bottles as against the use of cans. The energy drink also has two flavours, which are the Classic, and red berry.

Speaking on the company’s survival tactics amid economic headwinds and competitors, “the firm entered the snacks and beverage market prepared with handy resources and facilities which has helped us excel and garner consumer loyalty,

The company prides itself as being indigenous with world-class standards, as we focus on achieving consumer satisfaction through innovation and intentionality,” Adegunwa said

Going forward, he mentioned that while the company conveniently has its market and consumers in all the states across the country, plans are underway to officially commence export of these products beyond the shores of Nigeria.

“Rite Foods is not slowing down anytime soon and will continue to produce various consumables that will drive consumer satisfaction, especially as Nigeria’s snacks and beverage market has experienced a significant transformation due to the shift in consumer preference as well as the need to produce nutritious and high-quality products,” he said.

The company is also making plans to expand its beverage production with the construction of another production plant within the factory which is expected to be commissioned before the end of the year. Adegunwa said the company’s production volume for CSD has to be expanded due to growing product demands.

Rite foods is also not found wanting in carrying out its Corporate Social Responsibilities (CSR), as it provided relief materials for various communities during the COVID-19 outbreak.

It is also committed to environmental protection activities as it regularly embarks on and sponsors cleanup and sanitary protection of communities in Nigeria.