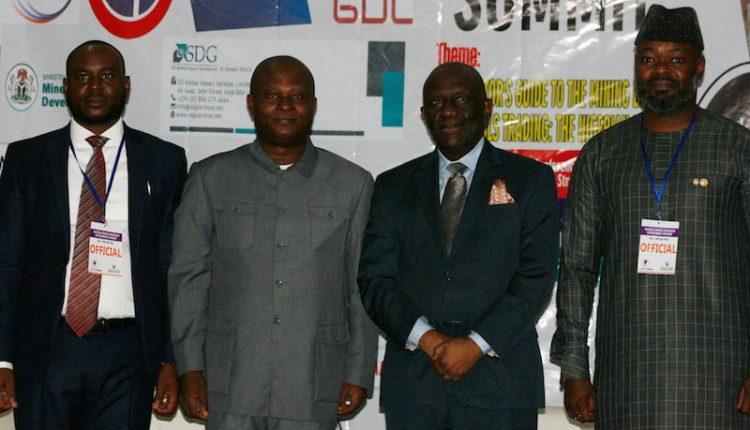 In the face of many government policies aimed at reforming the mining sector since its collapse decades ago, several challenges still cage the sector from allowing it to grow, says the Lagos Chamber of Commerce and Industry (LCCI).

Paul Babatunde Ruwase, president, LCCI, made this known to the participants at the ongoing maiden edition of Nigeria Mining and Investment Summit at the Chamber’s conference center in Lagos.

According to Ruwase, several reforms and policies have been introduced by the government for the development of the mining sector since 1999, yet, no significant breakthrough recorded in the sector.

Others were the expansion in airborne mapping of the country to sharpen knowledge of the mineral endowments, the creation of a modern mining cadaster system, refinement of tax code, among others.

“Despite these reforms and policies, the sector still faces several challenges,” said Ruwase.

As enumerated by Ruwase, some of the challenges facing mining sector include lack of geoscience data and information.

Another challenge facing the sector, according to Ruwase, is the security issues around mining areas.

He noted that several mineral rich communities in the country, especially the northern parts, are faced with the issues of terrorism, banditry, kidnapping, ethnic and religious conflicts, which scares investors away.

Illegal mining is another challenge facing the mining industry. Illegal miners pose a great threat to both the mining communities and licensed miners, Ruwase said.

Illegal miners steal from the licensed miners and prevent them from gaining access to their mining site. Yet, they (illegal miners) cause environmental issues to the communities as they do not follow mining procedures.

According to Ruwase, another major setback in the mining sector is the multiplicity of government agencies, which create delays and blockages for investors.

“There is a multi-agency regulatory structure in the sector. This creates unnecessary bottlenecks and duplications of functions,” he said.

He advises that the activities of the regulatory agencies should be streamlined to foster efficiency and boost investors’ confidence.

Furthermore, according Ruwase, the existing fiscal framework in the mining sector is not friendly to the investors.

“The existing framework in the mining sector is not friendly, particularly, its long gestation period,” he said.

On this ground, Nigeria will need to revisit the entire fiscal framework for the taxation of mining operation, in order to attract mining majors and foreign investors.

Lastly, Ruwase said potential investors in the mining sectors do not have enough confidence in the sector due to volatility in the government policies.

“Operators across the mining value chain face a range of challenges from insufficient infrastructure to policy uncertainty, which undermines the confidence of potential investors,” he noted.

Ruwase said since the Nigerian mining sector is still growing, the Federal Government needs to intervene in various areas of the industry in order to address the operational and legal hurdles to boosting investors’ confidence and attract more private capital to the sector.

Nestle, WAMCO, others to set up processing plants in Abuja