We will continue to build the mortgage industry, NMRC boss assures 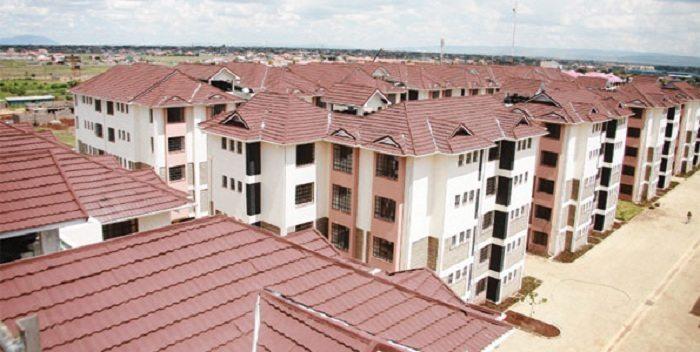 The managing director and chief executive officer of Nigeria Mortgage Refinance Company (NMRC), Kehinde Ogundinmu, has assured that the company will continue to build the mortgage industry in accordance with its mandate.

NMRC is a public private partnership between the federal government of Nigeria and private sector financial institutions to develop the primary and secondary mortgage market in the country with the mandate of increasing liquidity in the mortgage system and lowering interest rate on housing loans.

Ogundimu pointed out that as part of building the industry, they are, among other things,  pushing the mortgage foreclosure law with vigour such that,  increasingly, it is gaining traction with many more states of the federation passing the law.

He  revealed that their Electronic Mortgage Assets Registry which, he said, has financial backing from the Work Bank, was also on course, explaining that the registry was aimed to facilitate seamless transfer of real estate assets from an old to a new owner.

Recently, the mortgage refinance company, which was incorporated on June 24, 2013 and obtained its final license to operate as a non-deposit financial institution from the Central Bank of Nigeria (CBN) on February 18, 2015, held its 6th annual general meeting in Lagos.

The company told its shareholders at the virtual meeting that it grew its profit before tax (PBT) to N3.09 billion as at the end of its financial year ending December 31, 2019, representing a 60-percent increase in the ₦1.94 billion it recorded in the corresponding period in 2018.

Ogundimu, who disclosed this in his address at the meeting, added that the company’s earnings per share increased to N1.43, up from N0.93 recorded in 2018, making it possible for the shareholders to approve a dividend payout of ₦0.43 per ordinary share.

Chairman of the company, Charles Adeyemi Candide-Johnson (SAN), had in his remarks, revealed that the company’s gross earnings increased by 36 percent from ₦7.09 billion in 2018 to ₦9.62 billion in 2019 while total Assets increased from ₦69.29 billion as at December 31, 2018 to ₦72.87 billion in the period under review.

The chairman commended the company’s impressive performance given that the year started with the anticipation of some headwinds to the business.

“Even though progress is being made, the company remains committed to its mandate of making housing finance more accessible and affordable for Nigerians, particularly in an era when housing availability has come to play a critical role in mitigating the spread and impact of Covid-19,” he noted.

Ogundimu described 2019 as a good year for the company with record earnings as well as commendable improvements in its financial metrics.

He explained to BusinessDay in an interview that the key drivers of the company’s performance were mortgage refinancing and cost optimization with which they were able to cut off whatever was not necessary. “Our cost optimization measures continue to yield results as evidenced by the significant reduction in all our expense heads,” he said.

Despite the ravaging impact of coronavirus pandemic, the CEO is looking at 2020 with optimism. “We will continue to do our best for the company and for the industry; this is the first time, since inception, that we are paying dividend. Our shareholders will be expecting the same feat this year. But we have to temper expectations with reality,” he said.