…as real estate market reels with downward pressure from Covid-19 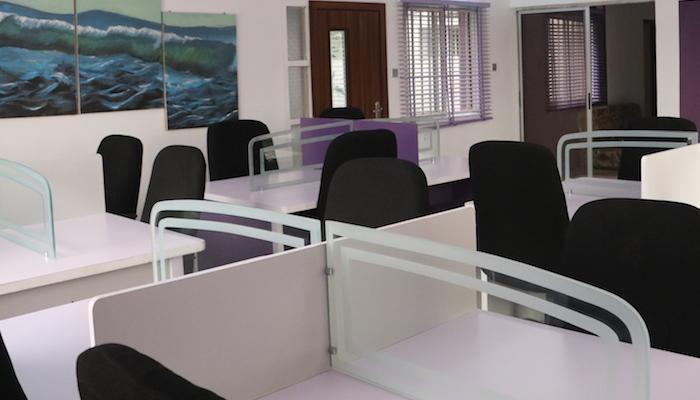 The first half of 2020 witnessed unprecedented crisis as the global health emergency called coronavirus or Covid-19 ravaged all sectors of global, regional and national economies. Real estate was no exception.

In Nigeria, the impact of the deadly virus within the period under review was total such that both suppliers and consumers of real estate products and services are still smarting from the rude shock.

Besides retail and hospitality, office space is another segment of the real estate market heavily impacted by the virus for reasons of social and physical distancing which reduced market transactions to near-zero level. Prospective tenants and landlords stayed away to avoid physical contact.

For reasons ranging from social distancing rule to job losses, pay cuts and decline in consumers purchasing power, many companies elected to have a good number of their staff work from home, leading to space reduction and the need to renegotiate leases and request for rent concession.

“Space reduction, lease renegotiations and requests for concession on rents is a common feature in many landlord-tenant conversations,” a new first half year report on Nigeria Real Estate Market by Northcourt Real Estate Limited confirms.

At the peak of the coronavirus pandemic, landlords did not only give concessions, they indeed gave rent holiday to their tenants. Landmark Africa Group, developers of the expansive Landmark Village in Victoria Island, gave their tenants one to three months rent holiday depending in the property-type.

Because of the social distancing rule and the decision of some companies to have some of their staff work from home, vacancy rates in the office space market has been on growth trajectory. But the landlords are working around this in various ways.

“Cutting deals early by way of reduced rents to maintain occupancy is one-way landlords are managing tenancies. There will be opportunities to make deals early in the coming recession that will keep occupancies at respectable levels. Some landlords are prepared to renew tenancies, even if at lower rents,” Ayo Ibaru, Chief Operating Office at Northcourt, noted

Looking to the future, Ibaru identied what are, arguably, sources of concerns. According to him, on the one hand, people want to work from home, which will likely translate to a reduced demand for office space.

“The counterargument suggests that they are only doing so because they have little choice and are likely to choose private offices if given the option, translating to a need for more space,” he pointed out.

The third option, he noted, suggests that offices currently crammed into open plan spaces will become less so, leading to a demand for more office space, adding that as work from home becomes the norm, companies will continue to test and refine employee support systems.

Going into the future too, it is expected that Grade A & B office utilisation rates will decline as more businesses reassess their space requirements. Future demand for office space will optimise for flexibility. On the supply side, construction has slowed on pipeline projects.

In the last six months, just a few grade A office space leases were signed and analysts report that most have been less than N100,000 per square metre. It is unlikely that demand for office space will increase.

For the coworking space, the story is worrying. Coworking had been one of the high growth areas in Nigeria’s real estate market. This was due largely to the emergence of startups and the migration away from costly office spaces.

What began in the US in 2005 has grown to about 30,000 coworking spaces globally with 1.18 million users. Africa’s large millennial population contributed to the growth of coworking on the continent and recorded more than 600 coworking spaces opened with Nigeria ranking highest.

The Northcourt report notes that over 147 startups raised $337 million in 2019 but, in a recent global survey of more than 14,000 coworking spaces, 72 percent recorded a decline in the number of users. 67 percent saw a drop in new membership enquiries.

Ibaru disclosed that, on March 20, 2020, one of the country’s pioneer coworking spaces, CCHub, suspended activities until further notice while LeadSpace also announced that its hubs would be closed due to social distancing restrictions. “Globally, it’s been the same story,” he said.

“Tenants are unable to use, and consequently, pay for space. Coworking spaces need to significantly adjust their business model and implement measures to continue in business. Working from the office (WFO) has quickly switched to work from home,” the COO said.