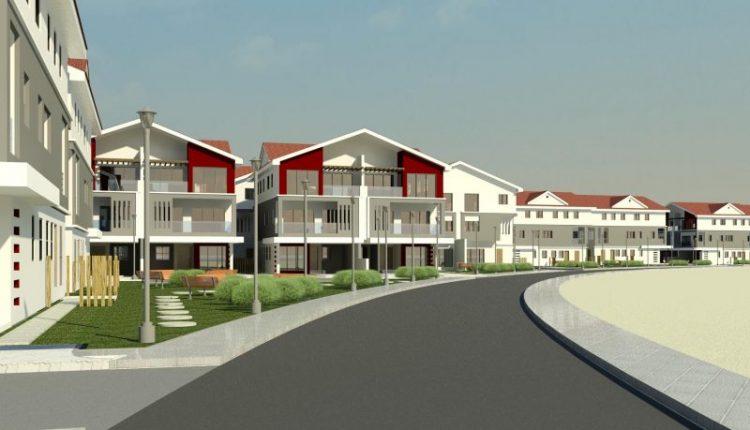 Perhaps, unknown to many, Lagos State government has a well documented guide for investors wishing to do real estate developments in parts of the state identified as flood-prone or low-lying areas.

Shodeinde who spoke at a Webinar on the impact of the predicted 240 days of rainfall on real estate hosted by Nigerian Institution of Estate Surveyors and Valuers (NIESV), Lagos Branch, explained that the aim of the application was  to tell  the investor that if he must invest in that location, these were things he needed to do.

The permanent secretary added that the investor would also be required  to disclose  the kind of drainage infrastructure he needed to put in place along with the kind of set-back he would provide if there were existing channels there.

“If it is a low-lying area, we will advise you on your minimum height of reinforcement and all kinds of engineering intervention that you need; so when you do your environmental impact assessment (EIA) in addition to the remaining clearance, that is the look of how you are going to protect the ecosystem as it were,” he explained further

According to him, these are the things the law expects an investor to do as they affect drainage and flooding, adding that the investor is supposed to have a drainage clearance issued by the government.

Shodeinde noted that the seasonal flooding incidents that occur in Lagos, destroying properties and submerging roads and whole communities, are products of a combination of factors including water bodies rising above sea level, irregular and unapproved developments, and climate change effect.

But Osato Osawaya, an estate surveyor and valuer, pointed out that these are the challenges of having a mega city in a coastal area, explaining that every city that is an island like Lagos deals with water. “You must plan for water in your built environment; when you are making your building plan and projections , you must  bear in mind that you are going to have flooding,” he said.

Osawaya noted that there tends to be an increase in the water level in all the three main water bodies including  the Atlantic Ocean, Rivers and Lagoons, adding that Lagos being a costal mega city has direct impact from this increased water level in the three water bodies.

Shodeinde explained that Lagos  has flooding challenge because the city  has experienced developments that precede governance—a stuiation where so many developers do their development prior to approval by government.

For that reason, he said, developers that don’t have building approval are more than those that actually have approval from the government.  “It is like we are catching up with development;  areas that are low land would have been fully built up without any infrastructure built up for drainage or for you to advance any mitigations or measures to put in place,” he noted.

The permanent secretary believes that everybody has a role to play; “what people can do is if you know you are living in a lowland area, especially Lagos island, you relocate.

“We are being told that, in 30 years, the sea would be rising 2.1 meters, that’s like 7 feet; so we need to start thinking of how it is going to affect our houses or areas; what do  we need to do to plan for this?

“We should  not begin to make it a problem of the third party because  it affects everybody; so we have to be futuristic and start planning for what happens if sea level rises, if the rainfall continues as we are already having now,” he said.

He disclosed that the state has what is called resilience office that gives an early warning system and training to alert the people to evacuate.