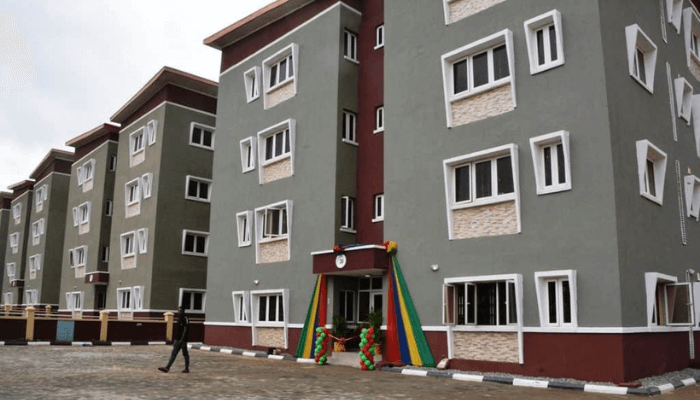 Worried that the combined efforts by both public and private sector operators do not come any close to Nigeria’s housing need, the Federal Mortgage Bank of Nigeria (FMBN) has come up with a new approach to delivering affordable housing to Nigerians.

The apex mortgage bank has increased its steps to ensure completion of housing projects that were started but abandoned mid-way in the past. It has also reformed its framework for the design, financing, and monitoring of housing projects.

This it does by closing systemic gaps that gave room for internal and external abuses by unscrupulous elements. It has also introduced structural and procedural efficiencies. The result of this has been a historic increase in the number of new FMBN-funded housing units delivered annually.

It is expected that with this new approach, more houses will be delivered, giving hope and opportunity to more Nigerians who need houses to own. By this too, the country’s housing deficit which, by the 2016 World Bank report is estimated at 17 million units, will be reduced significantly.

The new management in FMBN has been working to reduce this deficit as official data shows. “The bank has financed the construction of a record 9,211 units between April 2017 and December 2020, averaging over 3,000 units annually in several locations across the country,” John Mark Ikyaave, an Abuja-based public policy analyst, noted.

Ikyaave noted further that “the housing projects which comprise 1-, 2- and 3-bedroom units have selling prices ranging from N4 million to N11 million which ensures that those who fall within the low to medium income brackets can afford.

A 3,000-annual housing provision average is therefore remarkable and the bank has been able to do this through the optimization of available internal financial resources, ensuring efficiencies and without any additional external financing inflows.

Interestingly, the bank has also been innovating for impact and efficiency and it is expected that this will also be brought to bear on the new approach with greater result that will benefit more home seekers.

“FMBN’s ability to achieve this milestone stems from a business-driven, creative, and innovative style of leadership,” Ikyaave says, pointing out that the management team has combined a transparent approach to managing the NHF scheme as a source of cheap housing finance.

He added that the management has also focused its drive to completing abandoned projects and the overhaul of housing project design, implementation, and the monitoring process that were lacking in its operations.

When the NHF scheme was established in 1992, it was primarily in recognition of the vital role that affordable housing finance plays in the delivery of houses and the need for the country to have an institutional pool of such funds to drive affordable housing outside of government budgetary provision.

To achieve this, the architects of the NHF scheme built three key sources of long-term, low-cost funding for it. First was the mandatory contributory savings of 2.5 percent of monthly income by Nigerian workers earning above N3,000 per annum which has been reviewed to minimum wage standards.

Additionally, the Federal Government was also required to make periodic financial injections into the scheme to further bolster its ability to stimulate the provision of affordable housing in the country.

Unfortunately, besides the mandatory monthly savings by workers, none of the other sources of funds has worked out as originally conceived by the designers of the NHF Act.

Left with only the mandatory workers contributions to make a difference in affordable housing financing, the current FMBN management made transparency, stakeholder-engagement and efficient utilization of funds their watchword.

As a result, they were able to win stakeholder-confidence, increase the number of subscribers to the NHF scheme resulting in momentous surge in the size of funds that have accrued to the fund over the past three years. Five states that had stopped participation in the scheme have rejoined and the bank’s mobilization efforts added 611,249 contributors.

All these efforts, Ikpaave says, will add more impetus to the new approach by the bank to deliver more houses that will be affordable to Nigerians, especially the targeted mid-low income earners.