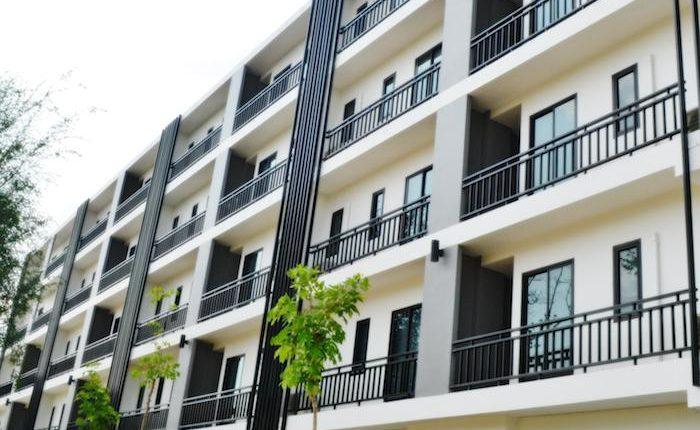 As part of the fall-outs of the coronavirus pandemic, especially with social distancing rule, investors and developers alike have adopted commercial approach to property use, converting residential houses to offices, shops, centres and other facilities.

This cuts across many Nigerian cities, particularly Abuja, Lagos and Port Harcourt where places like Maitama, Jabi and Wuse, Ikeja GRA, Lekki, Victoria Island, etc have seen conversions, leading to the creation of lodges, education centres, shops and restaurants.

The impact of the pandemic notwithstanding, the land market has seen what is easily a boom as analysts report that enquiries have increased, confirming market assumption that properly guided land investments hold well under challenging economic circumstances.

A recent report by Northcourt Real Estate says the market, in the first half of this year, recorded more local investors than international, estimating that over 60 percent of the closed transactions reported in the luxury assets category were by Nigerians.

Ibaru noted in the report that, in the last few years, the economic recession and political shifts have encouraged moderation in the luxury real estate market, citing a recent survey which indicated that most residential occupiers in Lagos are renters with only 29 percent confirmed to be homeowners.

Analysts cite government’s anti-graft fight as another reason for the slowdown in the luxury real estate market and the situation is such that the high-end areas in Lagos (Ikoyi, Victoria Island and Banana Island) and Abuja (Maitama and Asokoro) have the most luxury houses that have been empty in the last five years.

However, due to a general decline in purchasing power, the demand for these large and expensive luxury homes has reduced while that for small-size 1-bed and 2-bed apartments is growing. This is also reflected in the luxury real estate market as developers are re-designing projects to provide smaller and pricier condos.

“Nobody is looking for these large-size apartments any longer. Of the 100 percent of people looking for homes today, more than 60 percent are looking for small-size homes to buy or rent,” MKO Balogun, CEO, Global PFI, affirmed in an interview.

He also affirmed that developers of large size apartments are redesigning or partitioning them into smaller units of one-bedroom and two-bedroom apartments that are in high demand, adding that it was not true that there was a glut in the housing market. “If you build right with the right pricing, you will not be able to satisfy the demand,” he stressed.

It is expected that the next few quarters will likely see a delay in the construction of luxury villas as the world reconfigures its supply chain and adapts to increased construction costs. The World Bank predicts that 40 percent of the world’s population will require new houses by 2030.

Ibaru noted that this has necessitated a strategic reassessment of social housing development schemes by international housing institutions, quoting a CAHF report which states that Nigeria leads the housing deficit standings in Africa with an estimated 22million units followed by DRC with 4 million.

“Nigeria’s need for social housing has led to the formulation of housing programmes. To succeed, affordable housing should target low to mid-income earners. Removing bottlenecks to reduce housing costs and facilitate accessibility will also go a long way in establishing a solution,” he said.