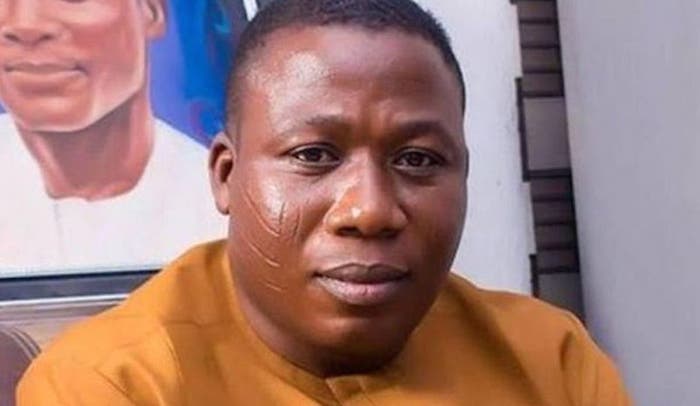 Sunday Adeyemo, a Yoruba freedom fighter, on Monday morning claimed soldiers invaded his Ibadan residence to arrest him and his supporters.

Adeyemo, who is popularly known as Sunday Igboho, raised the alarm through his spokesperson, Olayomi Koiki, who ran a live Facebook broadcast, at the car park of the Ibadan-based activist’s residence.

Koiki said soldiers invaded Igboho’s residence at around 2 am Monday morning but that they were resisted.

In the live broadcast, a heavy gunshot was heard in the background. He, however, claimed soldiers were doing the shooting.

Recall that Igboho had in January led a group of men to Igangan in the Ibarapa axis of Oyo state to eject the Seriki Fulani of Igangan, Salihu Abdulkadir, triggering a face-off with the state and federal governments.

He accused Abdulkadir of backing criminal herdsmen behind the kidnapping and killing of farmers and residents of the community.

Abdulkadir denied the allegation but he was nonetheless forcefully ejected from the community and relocated to Kwara State.

In the last few weeks, there have been reports that the police headquarters in Abuja has summoned Igboho for questioning.

Meanwhile, three students of the federal university of Agriculture (FUAM) in Benue State have been kidnapped by unknown gunmen.

Reports say that the three students were abducted at gunpoint on Sunday around the College of Engineering area of the school.

“An unconfirmed number of students of FUAM were abducted at gunpoint by unknown persons from the campus on Sunday 25th April 2021. The University has reported the incident to the police and all relevant security agencies.

“The University has not heard anything from the students or their captors since the unfortunate incident took place,” she said.