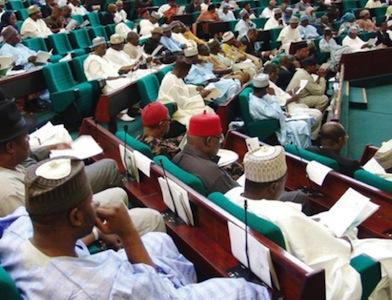 The House of Representatives has vowed to continue with its proposed investigation into the allegations levelled against the Interim Management Committee of the Niger Delta Development Commission (NDDC), despite series of blackmail and life-threatening messages being issued by sponsored militant groups against the Chairman and members of the House Committee on NDDC.

But in a swift reaction, the Commission has alleged that the probe being promoted by the National Assembly is simply designed to scuttle the Forensic Audit currently going on at the NDDC.

Chairman House Committee on NDDC, Olubunmi Tunji-Ojo gave this indication Tuesday at a press briefing in Abuja, in response to various allegations leveled against the National Assembly and himself by Cairo Ojougboh, NDDC Executive Director Projects on a television station on Monday.

Dismissing the allegations, Tunji-Ojo said: “it’s unfortunate that these allegations are coming; these allegations as I’ve always said are blackmails and it’s surprising because I became the chairman of this Committee as I was inaugurated as chairman in September last year and between September and now I can say categorically that not a kobo of contract has been awarded for emergency so I don’t know how that figure comes in and how that assertion came into being.

“It’s laughable because IMC themselves came into being in October last year, a month after I became the chairman of this Committee. The same Dr. Cairo said on Arise TV that they have not awarded a single contract since they came on board so how did One Trillion, Two Trillion or whatever trillion how was that awarded? This is just sheer blackmail. I expected it from the onset when the investigation process started and the bottom line is that we are not going to be dead. I have to say this, this is coming after threat and after threat to life by militants, by different text messages, calls and etc; the threats have failed.

“So the next agenda to stop the legislative work is blackmail. And I can say it categorically, we are more determined to work for the people of Niger Delta more than ever before.  I can say it there is no One Trillion, Two Trillion, 10 Trillion or anything it does not exist. May be it only exists in the figment of their own imagination,” Hon. Tunji-Ojo noted.

The lawmaker stressed that the National Assembly does not award contracts and wondered why Ojougboh who accused him of getting multi-billion naira contracts in one breath barely a month after being inaugurated as NDDC Chairman, in another breath denied that the IMC did not award any contract since it was inaugurated in October, 2019.

A statement issued Tuesday by Charles Obi Odili, Director, Corporate Affairs at the NDDC, quoted Acting Managing Director, Kemebradikumo Pondei, a professor,  of accusing the committees of the National Assembly, of being responsible for the oversight of the Commission, of working against the forensic audit ordered by President Muhammadu Buhari.

Pondei said at a press conference in Port Harcourt that the probe being embarked on by the National Assembly was distracting the Commission from focusing on the forensic audit which, according to him, all stakeholders, including governors of the nine Niger Delta States, agreed with the President as the way forward for the Commission.

“We suspect that the probe being trumpeted by the National Assembly is not for altruistic reason but an attempt by some members to arm twist the Interim Management Committee,” Pondei said.

Pondei further alleged that the commission had also faced pressure from some members of the National Assembly to pay for 132 jobs which have no proof of execution. “We have refused to pay out N6.4 billion for those jobs. We believe that an IMC set up as a cleansing structure cannot become part of the old story of rot,” he said.

But while reacting to allegations bothering on budget padding, Tunji-Ojo argued that the House and indeed the National Assembly reduced the proposed NDDC budget from N409.883 billion to N346,388,900,000 in line with its revenue projection submitted to the Parliament, adding that the proposed budget was inflated by N63 billion which was unjustifiable.

He denied that the House had at no time indicted the Interim Management Committee or passed a resolution to that effect and assured that the proposed investigation into various allegations would be free and fair.

The Committee Chairman maintained that the House and the National Assembly were in full support of the forensic audit being carried out in NDDC, as the National Assembly approved total sum of N2.5 billion for the exercise in the 2019 budget out of which the sum of N1.250 billion has been released by the Central Bank of Nigeria (CBN) to the IMC.

But the NDDC chief executive disagreed. “We have faced so much pressure from some members of the National Assembly not to send certain files to forensic auditors. We fear that this will compromise the integrity of the exercise and have refused to do their bidding.

Tunji-Ojo added that: “I listened to the interview yesterday. They said we inflated the budget. Number one, I have to say this thing: the budget was not inflated. I will show you some documents. This was the summary of the revenue profile that NDDC brought. A budget of N409.883 billion was brought by NDDC. As a responsible parliament saddled with the responsibility of appropriation as guaranteed under section 81 of the Constitution, we sat down to look at how realistic this revenue profile is. You cannot spend money that you don’t have.

“So we needed to be sure of the revenue profile for us to be able to adequately and appropriately appropriate in tune with global best practice. This is what we ended up with: and I will tell you how we can about it. For example, the Federal Government contribution to the NDDC budget which is statutory transfer is not a secret is always itemized in the Appropriation Act of the Federal Government for that particular fiscal year.

“As a responsible parliament some of us came from a wide consulting background in the private sector and we said you cannot appropriate 35 billion that is not existing. So in tune with this, it means the budget revenue proposal submitted to us by NDDC was inflated unjustifiably to the tune of N63 billion, so for us to be able to appropriate, we called them when they came for budget defence precisely on the 10th of December 2019 this is impossible you can’t spend money that is not yours. Money that you don’t have you don’t spend it, you can’t use what you don’t have”.

Pondei also observed that since the IMC came to make NDDC better and had a limited mandate till December, it had summoned the courage its predecessors did not have to tell Nigerians the truth.

He lamented: “50 per cent of NDDC’s inability to deliver on its mandate is as a result of the stranglehold of the National Assembly on the Commission.

“The National Assembly delays passage of the Commission’s budget until it is too late for it to be implemented. The 2019 was passed two months to the end of its implementation period. In fact, the hard copy was received by the Commission on April 10, 2020 when the implementation period ends on May 31. Given the procurement rules, it is not enough time to call for tender and execution of the jobs. The statutory period for advertising tenders is six weeks.

“Two, the budgets are bastardised by National Assembly in a way that renders it useless. A case will suffice. In the 2019 budget, we had a provision of N1.32 billion to pay our counterpart funding to the International Fund for Agricultural Development, IFAD, for the $129.7m Livelihood Improvement Family Enterprises Programme in the Niger Delta (LIFE-ND). The National Assembly cut the provision to N100 million. Are we going to IFAD, a UN agency, to tell them to bring their $129.7m when our National Assembly says we can only pay N100m out of N1.32 billion obligation?

“Three, the National Assembly members insert items we had no plans for. These items are then forced on the Commission when it is not part of the master plan. Rather than be a major intervention agency, the Commission is busy erecting street lights and drainages, something local governments should do.”

Pondei explained that at the time the expanded IMC took over on February 20, 2020, the 2019 and 2020 budget of the NDDC had already been transmitted to the National Assembly, noting that the 2019 budget was laid before the two chambers and it was approved.

He said, however, that the problem was in harmonization of the budget which was to follow the approval. “For that to be done, we were told to pay for some contracts. That was relayed to us through the Chairman of the House of Representatives Committee on NDDC. We waited for the meeting but it did not take place because we had not paid. On March 17, 2020 we managed to pay some and on March 19, 2020 we paid the others. That was when approval was transmitted to us on March 20, 2020,” Pondei said.

He added: “We understand that this had been the regular practice over the years. You have to accede to the requests of the National Assembly or you don’t have a budget. It was the lack of budget in 2016 and 2017 that led the past administrations in NDDC to device what is now called the emergency projects. That was the only way they could get some projects to be executed until it has now become a very big burden.”

Pondei stressed that until the NDDC returned to the drawing board to work out a budgetary process that was transparent and free from the stranglehold of the committees of the National Assembly, the problems of the Commission would persist.

“Those who are clamouring for the change of members of the IMC miss the point. Without addressing the flaws of the system, changing people will take us nowhere. The problem is not who is running the place now, it is the underlying processes that are rotten and need to be sorted out.”