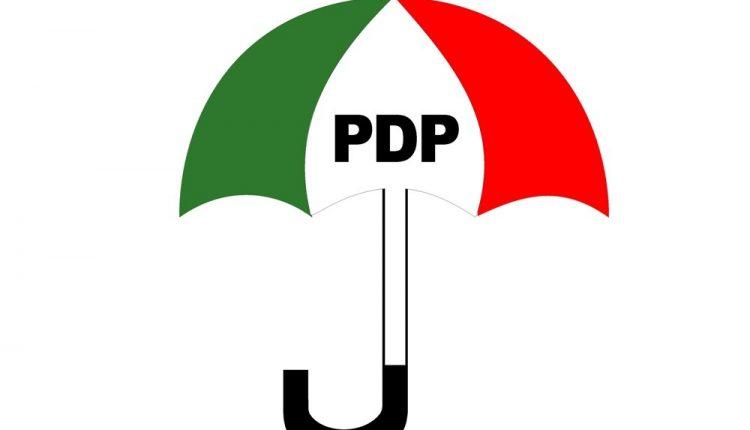 The People’s Democratic Party (PDP) on Tuesday tasked the Independent National Electoral Commission (INEC) and security agencies to fulfil their promises on the conduct of free, fair and credible Edo State Governorship election on Saturday.

The party also called for the end to godfatherism in the country. The National Chairman of the party, Uche Secondus, Rivers State governor, Nyesom Wike and Sokoto State governor, Aminu Tambuwal made the call at the party’s governorship election mega campaign rally in Benin City.

Wike, in his goodwill message said INEC and security agencies have no reason not to conduct the election in line with their promises

The Rivers State governor, who urged the electorate not to take the promises by the electoral umpire and security agencies serious, advised them to be vigilante and defend their votes against rigging.

“Security agencies said nobody will rig the election while INEC said the election will be free, fair and credible but never take their words serious.

“Anybody that want to eliminate godfatherism must on Saturday vote for the reelection of Governor Godwin Obaseki.

“The end to godfatherism in the country must start from Edo State. If you don’t vote for Obaseki godfatherism will continue.

“IGP has assured us of a secured election in Edo and INEC Chairman also assured Edo people of a free, fair and credible election but don’t let us go and sleep with all these promises but stay awake and be vigilant and ensure that Obaseki wins.

On his part, Sokoto State governor, Aminu Tambuwal urged the people of the state not to sell their freedom.

He also appealed to INEC to conduct free, fair and credible election while security agencies should maintain law and order and not to intimidate voters in favour of any political party.

“If you are intimidated don’t be afraid. We will be in the state for you on the election day. Vote for continuity, vote for governor Godwin Obaseki. Protect your integrity and freedom.

“The right thing to do on Saturday is by voting for good governance and continuity”, he stated.

Also speaking, the national chairman of PDP, Uche Secondus, opined that Nigeria’s democracy is on a keg of gun powder because of rigging.

Secondus, who said rigging must be stopped in Edo state noted that if it is not stopped it will be difficult to conduct election in Nigeria.

“Security agencies have made promises and we want to see how they are going to fulfill the promises. Without fulfilling their promises there will be no election again in Nigeria”,he added.

He said as a performing governor, the state governor toured the 192 wards across the 18 local government areas to campaign.

In his remarks, Edo state Governor Godwin Obaseki called on Edo people to come out enmass to vote for PDP and ensure that he returns to consolidate his developmental achievements in the state.

“The godfather disturbing Nigeria came up this morning, he is afraid because he knows when we finish that of Edo, we will come for him in Lagos and finally end godfatherism in Nigeria”,he said.

He assured Edo people that come Saturday he will certainly win the election as he has been endorsed by over 100 groups in the state.

“Over 100 groups have endorsed me as governor. Groups like Nigeria Labour Congress (NLC), Trade Union Congress (TUC), Nigeria Union of Teachers (NUT) , Nigeria Union of Pensioners and other groups in the state, tell me how will I lose the election”, he added.