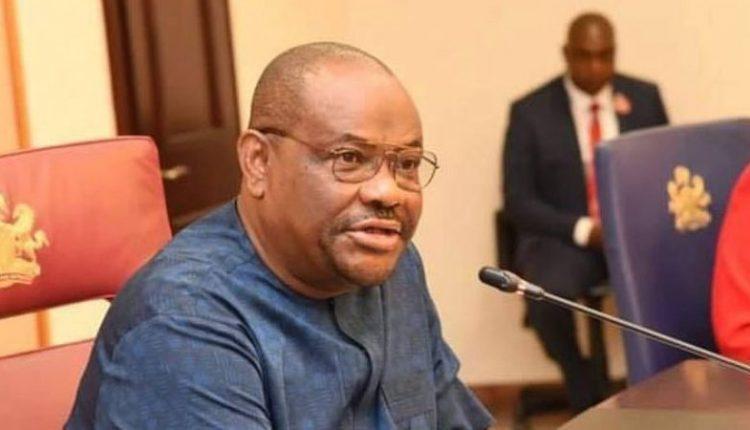 Could the federal ruling party hatched plans to take Edo on September 19, 2020 during the much-touted governorship contest? The rival party where the Edo governor ran to has says it has got plenty intelligence on how the rival party plans to hijack the state.

Both the Peoples Democratic Party (PDP) and the All Progressives Congress (APC) have been boasting of winning the Edo State governorship election coming up on September 19, 2020, but the recent ‘certainty’ boast by the federal ruling party seems to attract fears down the spine of their opponents.

Now, the PDP has reacted, saying it has harvested enough intelligence of how the APC plans to capture the state and that it would not work.

The PDP National Campaign Council for Edo Governorship Election said it will scuttle plans by the APC to use security agencies to rig the forthcoming polls.

Addressing government house press corps in Port Harcourt Monday, August 10, 2020, the chairman of the Campaign Council, Gov Nyesom Wike, said the APC is confident about winning because they want to rig.

He stated that the PDP has gathered enough intelligence report about the unholy plan and would scuttle it at the appropriate time. In Rivers State in 2019, Wike made same allegations but mobilized the citizens, groups, women and sections of the civil society and the police to form shields and stop the military.

The chairman who is also the Governor of Rivers State stated that Gov Godwin Obaseki cannot be described as an ingrate because he has proven to be a man of character; saying he was not like some other persons who turned against their mentors.

“Obaseki is morally qualified and stands out as the best candidate for the September 19th 2020 election.

“Edo people cannot support and desire the handover of power to the APC candidate who is a nomadic politician and ingrate who lacks character.

Of Obaseki should be seen as an ingrate, Wike asked about Adams Oshiomhole and Ize-Iyamu. He said; “It is Oshiomhole who is an ingrate because he told us that Obaseki served as the brain box of his administration that lasted eight years. How can such a person become an ingrate?

“Look at Ize-Iyamu, he is an ingrate too. He served as Secretary to the State Government in Chief Lucky Igbinedion’s administration. When he didn’t get what he wanted, he dumped the Party and moved to another party.

“In 2015, people supported him for governorship, when he failed, he did not consult them but abandoned them for another Party. That is the life of a nomadic politician. Like his master, they are dangerously desperate, insatiable and can do anything for power.

“Character and integrity must be the yardstick to elect any candidate in the Edo election. Edo people must resist the third term agenda of Oshiomhole. For Oshiomhole, the election is a face-saving, do-or-die venture, having been treated badly in Abuja, “he stated.

Gov Wike stated that Gov Obaseki is not a violent man like (his main opponent) who he said had instructed the thugs he called “lions and tigers” to cause crisis.

He challenged the Police and the Independent Electoral Commission (INEC) to use the Edo election to correct previous mistakes by conducting free and fair polls. “We consider the comment by INEC to cancel or suspend the election because of violence as succumbing to the antics of the APC.

“All they want is violence because they cannot win the election. If the election is suspended, the implication is that Obaseki will serve out his tenure without election in November.

“I am surprised that APC will support a man it charged to court for corruption. Such stance shows that their corruption fight is a farce and a witch hunt of political opponents.

“Why will APC say that PDP has no justification to demand that Osagie Ize-Iyamu should go and face his charges before the Economic And Financial Crimes Commission ( EFCC)? This is a Party that told Nigerians in 2015 of its resolve to fight corruption.

“It is also APC that took him to court. Oshiomhole was the one who told us that Edo people cannot vote for a man who is corrupt. Now they are saying he is their candidate because he has not been found guilty.

“We are tired of this double standards. They apply the rule differently to different people,” he said.

Governor Wike urged Nigerians to ask the APC governorship candidate for Edo election why he refused to attend the Nigeria Law School after he claimed to have graduated from the University of Benin.