How prepared are security agencies to tame renewed Boko Haram threat in Abuja? 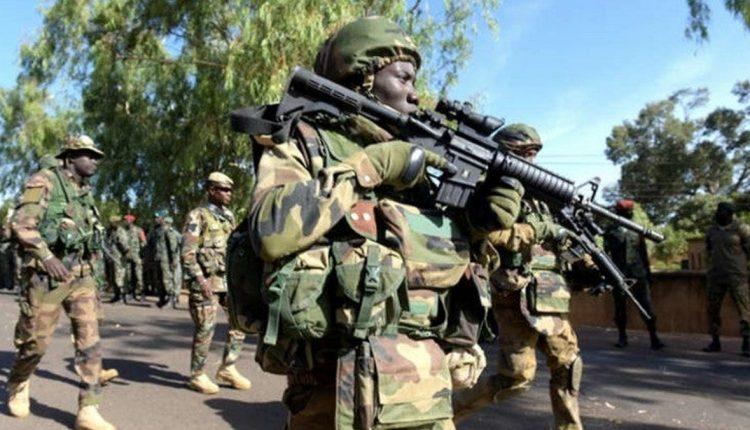 Last week, the bugbear of renewed threats of Boko Haram to attack targets and the residents of the Federal Capital Territory (FCT), Abuja caused serious panic among the citizens and probably jolted the security agencies into hurried measures to tackle the imminent threat.

First, it was the Nigerian Customs Service that issued a statement warning that Boko Haram and their allies-the Islamic State in West Africa Province (ISWAP) and al-Qaeda have massed hardened terrorists including suicide bombers around the nation’s capital. They were reported to have camped into cells in several designated places within the FCT. Although the Customs later denounced their own statement, the alert had gone viral and the citizens in hysteria.

Reacting to this threat, the FCT Police Command announced through its spokesman, Anjuri Manzah, a Deputy Superintendent of Police (DSP) that the Command has beefed up security across the nation’s capital especially in the designated places, where the terrorists are said to have massed in cells.

The Police Command reassured members of the public that the police have deployed measures to tame terrorists’ threat including other criminal activities.

The statement read: “The FCT Police Command wishes to reassure members of the public that the Command has deployed proactive intelligence gathering mechanism and crime-fighting measures to beef up security across the Federal Capital Territory.

“This is to affirm the Command’s commitment to the protection of life and property and forestall any act that could lead to a likely security breach.

“The Command is also working in close synergy with sister security agencies in its ongoing effort to strength security in FCT.”

The Nigerian army has also issued statement expressing their readiness to tackle the threat.

Between 2011 and 2015 the nation’s capital was filled with blood, sorrows and tears when the terrorists besieged the city with bomb attacks at public institutions, places of worship, recreational centres and shopping malls among others before shifting their bloody campaigns to mainly the north east.

The deaths and destruction wreaked on Abuja by Boko Haram may have started in 2011 with the bombing of the headquarters of the Nigerian Police, which was perhaps the first suicide bombing in Nigeria’s history. The attack occurred on 16 June 2011, when a suicide bomber, named Mohammed Manga, drove a car bomb onto the premises of the police headquarters killing six people. The then Inspector General of Police, Hafiz Ringbim was lucky to escape the attack.

The international community was shocked when on 26 August 2011, a suicide car attack was carried out by Boko Haram at the United Nations House in Abuja, killing at least 18, which drew international condemnation and pressure on the administration of the former President Goodluck Jonathan.

There were series of bombings also around neighboring states around the FCT with the attack on a Catholic Church in Madallah, Niger State, near Abuja on Christmas Day 2011. This attack killed about 50 people.

Then On 14 April 2014, Boko Haram unleashed perhaps the biggest attacks in Abuja  when the group detonated a bomb-laden vehicle at a crowded bus park in Nyanya, a suburb of Abuja, killing over 100 people and injuring over 300 others.   The early morning blast also destroyed several high capacity buses popularly called “El-Rufai Buses” which were filled to the brim as it was the rush hour for commuters coming into the Abuja city centre.

So, Boko Haram has a bloody history in Abuja and the threat of resurgence of the evil days in the city scares the residents as most lament the danger.

Speaking to BDSUNDAY on Friday, an Abuja resident, who gave his name as Timothy Emmanuel, said: “I am worried to hear that Boko Haram and allies are again targeting Abuja. This is so scary, how do we cope with the casualty figures especially now that the sect has acquired more deadly sophistication. I think we are in trouble but the security agencies must wake up to this challenge.”

But of particular worry was the arrest of some of those who masterminded the blasts in Abuja and other places but no useful information regarding the judicial process over their matter. For instance, nothing has been heard about the alleged mastermind of the 2014, Nyanya blast, Aminu Saddique Ogwuche, who was arrested in Sudan and brought to Nigeria. The same for Kabiru Sokoto, who bombed the Catholic Church in Madalla among others so far arrested by the security agencies.

Speaking on these issues, a former Presidential candidate of the National Conscience Party in the 2019 elections and a public affairs analyst, Tanko Yunusa, called on Nigerians in FCT to be more alert over the threat since it appears the security agencies are not capable.

He said: “If the Nigerian government has shown its incapacity as regards to taking care of security, the people should be on alert to prepare for any kinds of attack because security is the business of everybody. We should face it squarely but most importantly I expect the security agencies to act on the heels of such information.”

On the seeming silence over the arrest and prosecution of alleged masterminds of terror attacks, Yunusa said “that is one of the major deficiencies of this government with regards to the issue of communications. They should give the people access to information as regard to some of the things they are doing so that we will not lose complete confidence.

“As it is now we are expecting that any arrest can lead to further arrests that is why we are so disturbed about the silence, and it gives room for doubts and people are asking are we sure it is the right people that are being arrested or people are just being arrested just to calm the nerves of Nigerians yet the perpetration of this crime continues. So, we don’t know what is happening and the government and the Nigerian state must come out open to tell us what is happening.”

A Security Expert and Columnist, Majeed Dahiru who also spoke to BDSUNDAY warned that Nigeria could be “witnessing coordinated attacks right at the seat of power if something drastic is not done.”

He further said that it would be devastating if that happens, especially in these very difficult economic times as well as the multifaceted complex web of security challenges facing Nigeria at all fronts  today.

“We have over 28 armed groups operating in about 26 states. So, Nigeria is contending with heavily armed non-state actors that are trying very hard to destabilise the Nigerian state.

“So, we may not be able to have a coordinated response against these onslaughts at the very heart of our nation until something proactive is done to root out elements of Boko Haram in different parts of the country particularly the FCT through serious surveillance and close scrutiny,” he said.

On the question of the seeming silence on those arrested for terrorist attacks, Majeed noted that it is quite worrisome.

“We don’t know how far the judicial authorities have gone in bringing justice to the perpetrators of such heinous crimes and it is disturbing because we do not know the intention of the state behind arresting suspects and we will never hear anything about them anymore.”

He called on the government to come open on the current state of the judicial proceedings as regards to the punishment that should be meted for the heinous crimes.