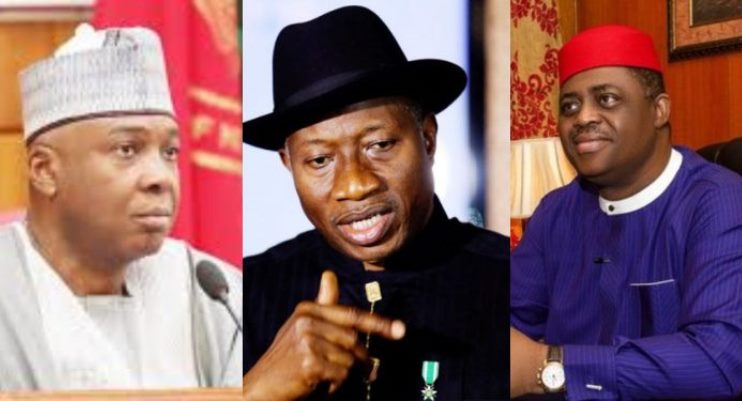 Last Tuesday, PDP leaders, led by Saraki went to Jonathan’s house with the sole agenda of persuading him not to leave PDP after several rumours had it that he might dump the party for APC.

Saraki is leading the PDP Reconciliation and Strategy Committee to dialogue with aggrieved PDP members in a bid to strengthen the party ahead of the 2023 presidential election.

But in a message on his Twitter handle, Thursday night, Fani Kayode said It was the same Saraki that led the opposition against Jonathan and defection of governors from the party that cost him the presidential election in 2015.

According to Fani-Kayode,” Interesting to note that the man that led the team to GEJ’s house to appeal to him not to leave the PDP yesterday is the same man that led the rebellion against him and the defection of Governors from the same party in 2014 and cost him the 2015 presidential election. What an irony!” he tweeted.