Elections conducted by the current INEC are anti-democratic – Onovo 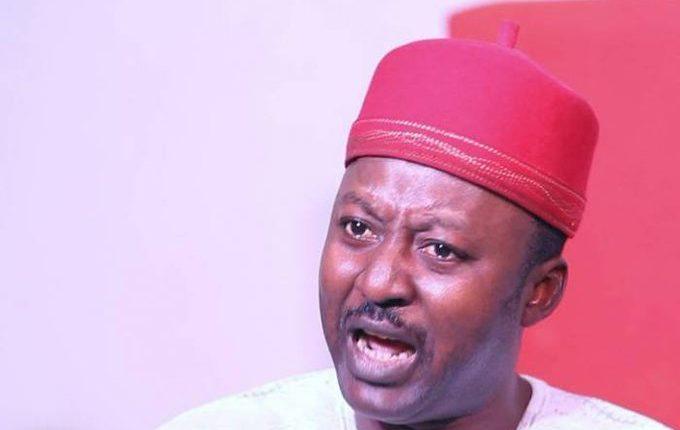 Martin Onovo is a trained Petroleum Engineer, a former presidential candidate of the National Conscience Party (NCP). He is head, Policy Positions, Movement for Fundamental Change. In this interview with INIOBONG IWOK, he speaks on the recent legal action instituted against President Muhammadu Buhari by some eminent Nigerians; the practice of democracy in the country; INEC’s performance, among other issues. Excerpts:

What is your take on the Court order instituted against President Muhammadu Buhari by some Southern leaders over the alleged lopsided appointments in his administration?

The two pillars of democracy are the rule of law and the integrity of the ballot. Both are absent currently in Nigeria. So, a pseudo-democracy currently prevails in Nigeria. The court action is necessary to highlight the particular violation of the constitutional requirement of ‘Federal Character’.

The government has remained deceitful, divisive and dictatorial. The impunity of this government is vexatious. It will be inappropriate and inexpedient for our Nigerian people to surrender to the impunity that prevails currently. These southern leaders that have instituted this action are authentic leaders of our people and have instituted this legal action after several social and political actions had been taken previously to get the government to respect the Constitution and the rights of Nigerian citizens.

We wish our southern leaders had taken this action much earlier. However, it is better late than never. We pray that the judiciary will use this opportunity to correct this lawless, reckless and unpatriotic violation of the Constitution and check the descent of Nigeria to anarchy.

We stand for the rule of law. We stand against lawlessness and impunity. We support these southern leaders in their patriotic efforts to ensure that our aspiration for a constitutional democracy is not completely destroyed.

The Buhari-led administration has just marked five years in office, what areas do you think the administration should improve upon and give priority in the remaining years?

Corruption is currently much worse and is promoted with lawless impunity. Our ranking in Transparency International’s ‘Corruption Perception Index’ is worse.

Insecurity is worse and has reached unprecedented levels. Insecurity has spread to all regions of Nigeria with high intensity. Currently, Nigeria is ranked as the third most terrorised country in the world, by the ‘Global Terrorism Index’. Prior to this Gen. Buhari administration, we were fourth most terrorised country in the world and with the current trend with Gen. Buhari insecurity is even still increasing from the current unprecedented level.

The security situation, especially in the North appears to have worsened in recent time; what can be done?

Those that fail to plan are planning to fail. A comprehensive and suitable ‘Security Management System’ will control insecurity in Nigeria. Such a ‘Security Management System’ will have appropriate Intelligence, Preventive, Response Capacity and Surveillance sub-systems. Many ethical analysts have blamed the Gen. Buhari administration for the current insecurity. From deceit to denial to massive corruption and now to bewilderment, the very predictable incompetence and ineptitude of this Gen. Buhari-led government is catastrophic.

Since Gen. Buhari lacks the capacity to lead, he has to step down from office to save the country from final collapse. We can negotiate his terms for stepping down.

INEC says it is poised to conduct elections through electronic voting from next year, are you optimistic of an improvement in the system?

INEC has absolutely no credibility. INEC lacks integrity and no system can work effectively without integrity. We cannot believe anything said by INEC. We know that INEC is the ‘Election Committee’ of the ruling party. How can we believe the same INEC under its current Chairman? INEC deceived the entire country with its electronic collation manual and electronic card readers in 2019 only to deny the opposition access to its server to show the evidence of the massive rigging of the 2019 presidential election. Same INEC claimed it accredited over nine hundred thousand voters in Boko Haram infested Borno State alone. Same Borno State that Prof. Osinbajo said was largely inaccessible due to the Islamic terrorist insurgency. INEC has no credibility. We cannot believe INEC under its current Chairman that is a puppet of the ruling party.

Nigeria just marked 21 years of democracy; what is your assessment of the situation, what needs to be improved upon to make citizens?

Currently, Nigeria is a pseudo-democracy. Elections conducted by the current INEC are anti-democratic. INEC simply arranges a charade each time we have an election. What we practise in Nigeria presently cannot be appropriately called a democracy. It lacks all the fundamental requirements of a democracy. It is inaccurate to call it a democracy. In a democracy, the rule of law and the integrity of the ballot are inviolable.  The current Chairman of INEC is the worst INEC Chairman ever.

We must first re-establish our constitutional values. That will be the foundation. These national problems are mostly moral including Corruption, Crime, Deceit, Violence, Rigging, Bribery, Injustice, etc. If this is done, then we can have the synergy required for national development.

What is your take on the controversial Infectious Disease Bill?

It is a despicable and audacious scam. It is unlawful as it violates the Constitution. It is undemocratic as it has been rejected by the overwhelming majority of Nigerians and their legislators. It is unpatriotic as it promotes foreign interests above our Nigerian national interests. It must be rejected in its entirety.