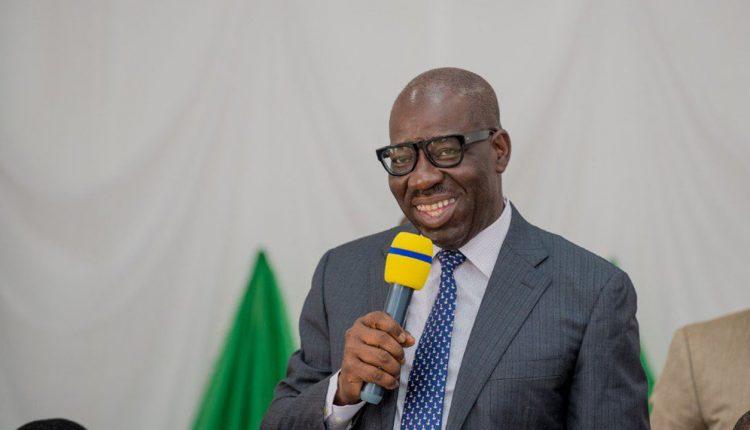 Chairmen of the All Progressives Congress (APC) in the 18 local government areas of Edo State have thrown their weight behind Governor Godwin Obaseki’s choice on indirect primary election for the nomination of the party’s governorship candidate.

The state chapter of the party, Edo State Governor, Godwin Obaseki and the National Working Committee of the party are divided on the mode of the party’s primary election for the nomination of its candidate for the governorship election slated for September 19, 2020.

While the national working committee adopted direct primary, the state leadership of the party and the state governor adopted the indirect method.

In a press briefing at the state headquarters of the party in Benin City, the 18 local government chairmen of the party said the endorsement of indirect primary was in accordance with the resolution of the State Executive Committee.

Benjamin Oghumu, APC chairman, Orhionmwon local government, who briefed the press said the resolution of the State Working Committee was duly passed on May 22, 2020 as authorised by the National Executive Committee (NEC) of the party in August 2018.

Oghumu, who also pledged the chairmen’s support for the reelection of Godwin Obaseki for second term in office, added that they tend to actualise their support in the forthcoming governorship primary election scheduled for June 22, 2020 through indirect primary election.

He however, described the purported agreement for Osagie Ize-Iyamu to return to the party as a consensus candidate a false and lacks foundation.

“Pastor Osagie Ize-Iyamu is not a member of our party, he led his followers out of All Progressives Congress in 2014 and even contested the governorship election on the platform of the People’s Democratic Party (PDP) in 2016 election which he lost.

“Besides, the conditions for waiver prescribed by the party constitution have not been met. The party has a constitution and the constitution makes provisions on how things are done including registration of new members”, he said.

Meanwhile, Edo Unity League (EUL), while also supporting the adoption of indirect primary election, however, called on President Muhammadu Buhari to call the National Working Committee of the All Progressives Congress to order, to reject the proposed direct primary for the party in the forthcoming governorship election in Edo State amid rising coronavirus cases.

Aiyamenkhue Edokpolo, a chieftain of APC and the facilitator of the group at a press conference in Benin City said indirect primary is the most result-oriented and in line with the social distancing measure in curtailing the spread of the disease.

Edokpolo, who alleged that 95 percent of APC primary elections have been indirect prior to COVID-19, wondered why the NWC would propose direct primary when COVID-19 is ravaging the world with serious fatalities.

“The group position on the primary election is without prejudice to the opinion of most members of APC that Governor Obaseki is positioned to secure a landmark victory in the direct primary mode.

“We called on the governor to factor the health safety and interest of the people into his decision.

“The party’s constitution doesn’t give unilateral power to the NWC to fix primary as it need ratification from National Executive Council (NEC) of the party,” he said.

According to him, “President Buhari is the head of APC NEC which is the approving authority of all proposals by NWC; it is appropriate for the president to sensitise them that direct primaries is antithetical to all known protocols of security and health safety in the era of COVID-19.”

Ondo 2020: Opposition parties pass vote of no confidence on INEC, call for…

We had no hand in attack on Gani Audu, Ize-Iyamu’s running mate – PDP