Drama as Lagos lawmaker, Moshood Oshun, walks out on speaker 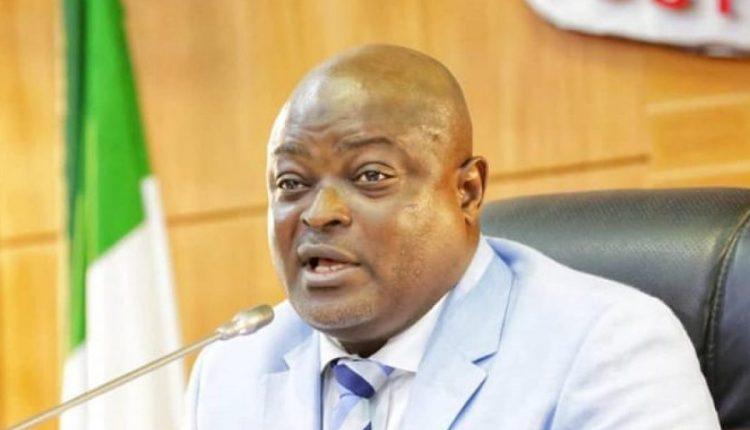 There was a mild drama at the Lagos State House of Assembly on Tuesday during plenary, when a member of the House, Moshood Oshun (Mainland 2) walked out of the hallowed chamber during the seating.

The Speaker, Mudashiru Obasa had directed Oshun to take his allocated seat instead of the one he was sitting on.

The lawmaker, however, said that he had earlier complained that the seat allocated to him was not convenient.

The Speaker thereafter, told Oshun that if everyone chose his or her seat, there would be disorganization in the chamber.

Obasa therefore, stated that Oshun should comply with the rule of the House or he should take his leave, and at this point, Oshun walked out of the chamber.

It will be recalled that the House had in March, 2020 removed two of its principal officers- the Chief Whip, Rotimi Abiru and the Deputy Majority Leader, Olumuyiwa Jimoh.

Announcing the suspension of the members, Obasa, had stated that the House was the hope of the people and the heartbeat of democracy and should be well guided.

“I hereby invoke Section 68 and Section 70 4 (a, b) 2 and 3 of the House Rules in respect of gross misconduct, insubordination and action that can destablise this House.

“I hereby move that Moshood Oshun and Raheem Adewale be placed on suspension indefinitely,” Obasa had said.

The two decisions were supported through voice-votes by members present during the plenary. Notice and change in the leadership were contained in a letter read on the floor of the House by the Clerk, Azeez Sanni.

Sanni stated that the 26 members that signed the letter urged the House to change the leadership of the House, including Rotimi Abiru as the Chief Whip and Olumuyiwa Jimoh as Deputy Chief Whip.”

However, the suspension of the four lawmakers was later lifted after the intervention of the leaders of the party in the state.