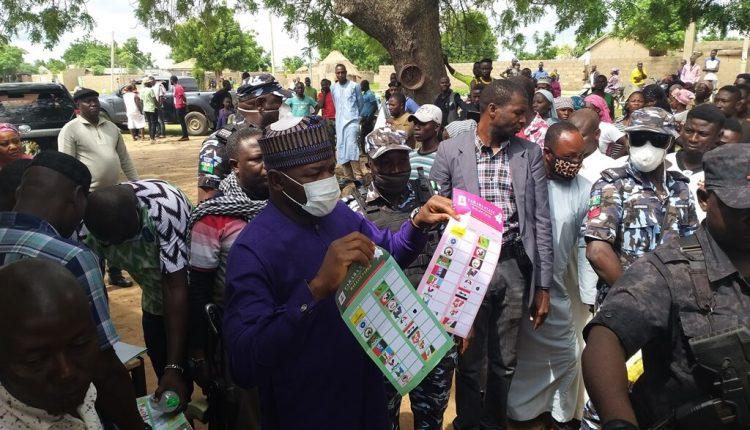 Share
Joseph Kunini, Speaker, Taraba State House of Assembly on Tuesday commended voters for their compliance to the Covid-19 preventive measures while voting during the council election in the state.
Kunini, who voted at the Pilot  1, unit 001 in Kunini Council Ward in Lau local government area said that he was impressed with the turn out of voters for the election.
The speaker also said that he was impressed with the orderly and conduct of the electoral process, describing it as peaceful.
He expressed uptimism that the PDP would win the pools.
He said that the party was more popular and capable of steering the state to enviable height.
He added that the expected victory for the PDP was due to good governance and development strides by Gov. Darius Ishaku of Taraba.
Kunini said that the APC was not on the ground in the state to win elections.
According to him, the boycott of the election by the APC was due to the fear of defeat at the pools.
Our correspondent  recalls that APC earlier boycotted the local council election in the state. The party accused the Taraba State Independent Electoral Commission (TSIEC) of being bias.
Share

Ndubuisi Kanu: Demise of a gallant soldier, democrat and builder