Can Wike bring his winning magic in Edo? 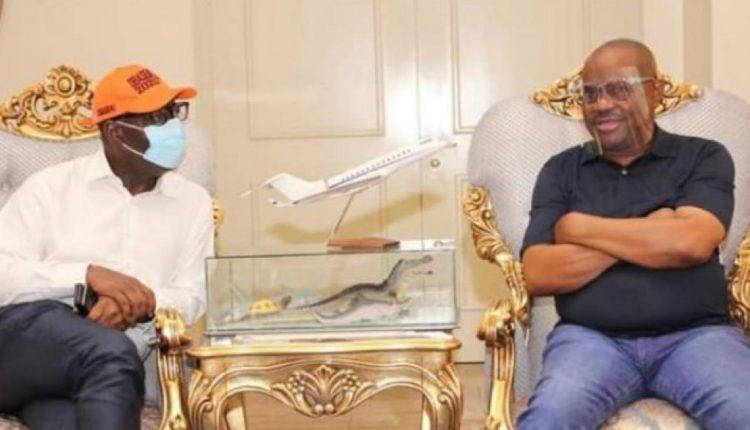 The off-season gubernatorial election coming up in Edo State on Saturday, September 19, 2020 is a political event that many Nigerians would wish to live to see the outcome. The reasons are obvious.

From the crisis arising from the inauguration of members of the state House of Assembly, to the suspension of Adams Oshiomhole as a member of the All Progressives Congress (APC) in his ward, to the denial of Governor Godwin Obaseki of the opportunity to contest the primary in the APC, to the emergence of Osagie Ize-Iyamu as APC candidate, to Oshiomhole’s suspension from being the national chairman of the APC, to the scraping by President Muhammadu Buhari of the National Working Committee (NWC) of the party, to the defection of Governor Obaseki to the People’s Democratic Party (PDP), to his picking the ticket of the party and now to him becoming the standard bearer of the umbrella party, observers converge on the opinion that the election promises to be fiercely contested.

The appointment of Governor Nyesom Wike of Rivers State as chairman of the PDP Edo State Governorship Campaign Council elicited excitement in the PDP fold across the country.

The reason is simple. Wike has seen many political wars, and has remained comfortably afloat!

A two-term governor of Rivers State, Wike has been involved in may political battles, which got to a head in the last general election. Records have it that the governor has won almost all his legal battles against his political opponents.

While many Nigerians expected a serious battle at the gubernatorial election in 2019, there was not even an arrow shot from the fiercest opponent, APC, as the broom party instead engaged themselves in internal wrangling that denied them appearance on the Independent National Electoral Commission’s (INEC) ballot.

Since 2015, Wike has managed to stay ahead of his political opponents and seems to have comfortably stabilised. His outspokenness has endeared him to many who see him as the only voice crying in the Nigerian political wilderness.

They used to be two. Ayo Fayose used to fire like Wike when he was in government as the Ekiti State governor. Since he lost his immunity, he has gone underground.

While many had expected that Wike would be cowed following the exit of Fayose, he has remained his original self- speaking truth to power.

Today, like a child that hides at the back of his father, throwing pebbles at someone he considers a threat, even so, many who have some reservations against the goings-on in the country, hide under Wike to pass across their feelings.

For the coming election in Edo, Wike has assured the indigenes of the state that there is nothing to worry about.

He said as the chairman of the campaign council, he would be personally present in Edo to monitor the election, and to ensure there is no rigging. When he gave the assurance during the official launch of the campaign recently, there was no reason to doubt a man who has remained in power despite armada of opposition and searing threats from opponents.

Having been in the system for so long, the Rivers State governor seems to have mastered the political arts so well that he can tell where electoral maleficence is being hatched and the body language of opponents to that effect.

While Obaseki will rely on the massive votes of the Edo people to coast to victory, Wike’s astuteness will help him protect the votes and to make them count.

It has been said over and over again that the rigging that determines a winner in an election of the type coming up in Edo, is usually done not at the polling booths but from the voting centres to the collation centres, where some outlandish ballots are usually smuggled in.

While Obaseki will be crisscrossing the length and breadth of his state soliciting the people’s votes, Wike will be burning the midnight candle, plotting on the possible ways to help the INEC and the security agencies plug all possible holes against ballot-stuffing, ballot-snatching, multiple voting, invasion of polling units by thugs and fake uniform men, vote-buying and a host of other fraudulent activities that have combined to make a nonsense of Nigeria’s elections.

As a master strategist, Wike may not just be working to ensure that Obaseki wins convincingly at the polls, he may also be working to get the APC, which is the strongest opponent, run foul of some of INEC’s rules that could prove detrimental in the end.

This has been his style. Like a master dribbler in the field of play, he knows how to lure his opponent to commit an infringement right inside the 18 box. And once he achieves that he shouts eureka!

During the flag off of the PDP campaign for the gubernatorial election in Edo, Wike declared that South-South Zone completely belongs to the PDP.

According to him, the people of the region will not allow any other political party to have a foothold in the area any more.

“Today, we are here to tell the people of Edo State that they should not be afraid because nobody can rig the forthcoming election.

According to him, “Four years ago, Adams Oshiomhole said he cannot trust the APC governorship candidate that he was rusticated from school.

“Today, Oshiomhole is coming back to present the same person to Edo people. He thinks Edo people are fools. I challenge Edo people not to vote any person presented to them by Oshiomhole.”

Wike assured that as the Chairman of the PDP National Campaign Council for Edo Governorship election, he would be in Edo State during the election to ensure that the state is returned to PDP.

“As the Chairman of the PDP National Campaign Council, I will be in Edo State. We will make sure that everything needed will be done to return the state to PDP.

“You should all come out and vote on September 19, and as you vote, you wait and defend your votes.

“Governor Obaseki has done well in the last four years. You should not allow anybody to deceive you again. APC has no candidate. The only person who thinks that the party is running an election is Oshiomhole,” he said.