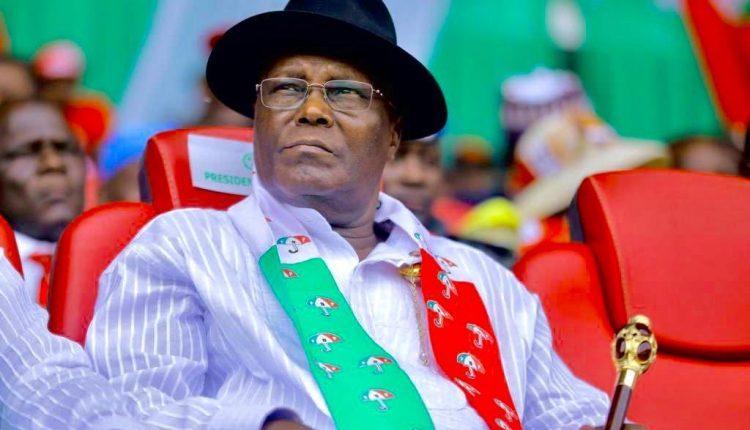 In 2019, it was in the interests of the greatest number of Ndigbo that I urged our people to support President Muhammadu Buhari whose tenure constitutionally would end in 2023. That was the only foreseeable way Ndigbo could ascend the presidency of the country in 2023. There was no basis for anybody to urge Ndigbo to support Alhaji Atiku Abubakar’s presidential bid in 2019 because he would naturally, as an ambitious man, remain in power beyond 2023 if he won the election. That was my number one reason for endorsing Buhari.

Secondly, Atiku is a Fulani, Muslim and northerner. Supporting him made no sense since we already had sitting President Buhari who is also a Fulani, Muslim and northerner. Thirdly, Buhari’s policies and programmes were sympathetic to the aspirations of Ndigbo in the long run. He supported hard work and self-discipline in private and public lives. He supported indigenous participation in Nigerian economy, especially in agriculture and production. He also supported power shift to the south in 2023. On all counts it was in our best interests to support Buhari to finish his tenure in 2023.

But the likes of Nnia Nwodo, suspended President-General of Ohanaeze Ndigbo Worldwide, who opposed me never gave any reason for their support for Atiku’s presidential ambition in 2019. Their only reason was that Atiku was willing to give money to some political elites in Igboland and the south; and that Buhari was not willing to bring out money.

The recent outburst of Atiku’s son, Adamu, that his father would contest for Nigerian presidency in 2023 reaffirms my objections. Today, if you place Nwodo’s stance side by side with mine you can decide for yourself whose action served the best interests of Ndigbo. Time will reveal Nwodo’s real intentions and history will vindicate me. Time will reveal the real intentions of every Igbo leader, mine as well as others. But I wish Ndigbo luck. I also wish Atiku luck while inviting him to the boxing ring. What I can assure anybody who cares to know is that Ndigbo are conscious today. That outburst by Atiku’s son was an eye opener for them

Igbo people are not naïve or daft as some people like Nwodo think. They will reject Atiku at the polls. There is no way he can win majority of lawful votes in Igboland. I select my words when I say lawful votes because you can get votes through intimidation, financial inducement and rigging. The votes he got in Igboland, I can authoritatively state, were through corrupt processes because the greater number of Ndigbo declared unequivocally their support for Buhari. In some places violence was deployed and Buhari not only lost the election but was even denied the statutory 25 percent. But we thank God that he got votes in majority of Igbo states like Imo, Ebonyi and Abia. He also got sizeable votes in Rivers and Delta States. If we step up our mobilisation we’ll do better in 2023 under the All Progressives Congress, APC.

Adamu is his father’s anointed political heir apparent and custodian of treasury. Where his father is not running in 2023 for any reason, he will sponsor Adamu to run for the presidency. Atiku will not even sponsor Peter Obi, his Vice-Presidential candidate in 2019. He will also not sponsor Ben Obi who was his Vice-Presidential candidate in 2007. We don’t have a stake in his political programmes, which do not protect the Igbo interests in the short run, in the long run and in the very long run.

It is important Ndigbo are reminded that we are dealing with Atiku who is in his 70s. If he ascends the presidency in 2023, he would be ascending the presidency at 75 years to leave in 2031 at 83 years. What stake do we have in him? That is simple science.

And it is important we put it on record that his son’s outburst is a betrayal of the trust some unsuspecting Igbo leaders reposed in him. They supported him believing he would do four years and hand over power to an Igbo man in 2023. I had warned such leaders that Atiku would do no such thing. Secondly, the unsuspecting attitude of these leaders might be as a result of their lack of information on Atiku’s antecedents. What his son said confirms my 2019 position that we were better off supporting Buhari. Let Ndigbo judge if they have informed leadership in Nwodo or a leadership steeped in selfish interest while blind to the larger Igbo interests.

Let Atiku tell us what he forgot in Aso Rock and we shall tell him that he had the opportunity to implement or take it. President Olusegun Obasanjo was attentive to him. But all the advices he gave Obasanjo were meant to benefit him rather than the country. Let him tell us the decisions he took as Vice President that uplifted Ndigbo from the level they were to another level. The answer is no. He did nothing. When was he a great friend of Ndigbo?

Ndigbo must know that their friend is Buhari who has done a lot in road construction and the power sector. He gave key appointments to Igbo sons; appointments like Ministers of Labour and Productivity, Transportation and Foreign Affairs. Nobody has done more for us in agriculture. Today we have the Abakaliki rice. The Nigerian military and paramilitary are buying their vehicles from an Igbo auto manufacturer. The military and police are also buying their boots from Aba; thereby supporting the Aba economy and creating employment for our teeming youths. But let Atiku tell us what he did in the eight years he was Vice President that favoured Ndigbo.

Look at the respect Ndigbo have in APC. Nobody has flung Igbo ministers into prison for stealing as the People’s Democratic Party (PDP), did. We had serving Senate President Adolph Wabara who was arrested and put on trial by the very PDP we voted for. Chuba Okadigbo was impeached and disgraced as Senate President on trumped up charges by PDP. Evans Enwerem, first Senate President under President Obasanjo, was also ignominiously removed from office by his own PDP. The whole idea was to shake the confidence Nigerians have in Igbo leadership.

But the APC continues to treat our sons who are two-term ministers with respect. I am precisely talking about the indefatigable Ogbonnaya Onu, full Minister of Science and Technology, who enjoys the confidence of the ruling party. Geoffrey Onyeama is the Minister of Foreign Affairs; nobody has treated him with indignity. Onyeama is respected worldwide. Chibuike Rotimi Amaechi, full Minister of Transportation, is highly respected. Senator Chris Ngige, two-time Minister of Labour and Employment, is not only respected but widely consulted by the APC leadership. It was the public space allowed Ngige in the party that he leveraged on to forge a vibrant nationalism in post-Nnamdi Azikiwe Igboland. Godwin Emefiele, Governor of Central Bank, is one of the longest serving governors because Nigerians in APC backed Buhari to retain him.

As a party, the APC never used violence to win elections in Igboland. It allowed those duly elected to be returned. No Igbo governor is physically attacked, injured or kidnapped. That tells you the respect it has for democracy and rule of law. But the PDP kidnapped and detained Governor Chris Ngige of Anambra State. It is on record. That singular incident halted a lofty economic transformation project from which the state never recovered. Having pillaged Anambra, the destroyer had the effrontery to list Professor Chinua Achebe for a national award. The revered Achebe rejected it; citing the barbaric destruction of his home state of Anambra by the PDP as reason.

Ndigbo must boldly stand up and reject the PDP. The party will never ever concede the presidency to us. It is inherent in its character to deprive us access to power and state privileges. So the earlier we do away with it the better. I urge Igbo governors on the platform of PDP to move to APC. Let them come together for synergy: “Anyukoo mamiri onu ogbaa ofufu,” (when you urinate together it foams). We can’t be directing our urines to different directions expecting them to foam. Ndigbo, particularly Anambra people, must ensure that the APC wins in the 2021 Anambra gubernatorial election as it will brighten our chances to occupy the presidency in 2023.

We must use our joint resources to engage the ruling APC and see if we won’t secure the presidential ticket in 2023. The party will take us seriously when we’re together than scattered. Our Igbo sons and daughters in the party must meet and forge a strong leadership capable of leading us into the Promised Land through negotiation. Fifty years after the war is a long time to wait.