Abiru not in power contest with Sanwo-olu – Media Office 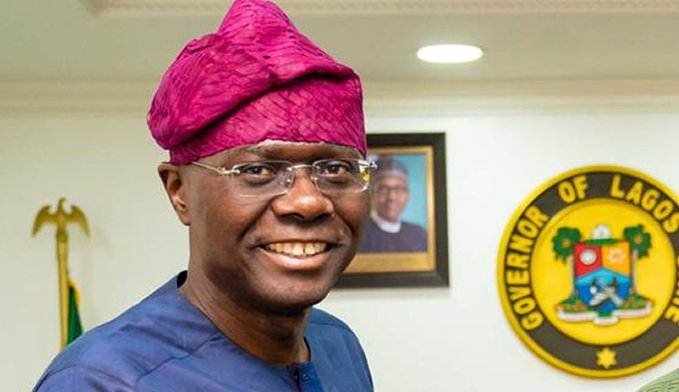 The Media Office of All Progressives Congress (APC) candidate for Lagos East senatorial by-election, Tokunbo Abiru on Wednesday clarified that Lagos State Governor, Babajide Sanwo-olu endorsed his senatorial aspiration and worked for his emergence as the APC senatorial candidate.

The media office, therefore said that there was no basis for power struggle between Sanwo- Olu and Abiru as they are both party faithful, committed to the progress and prosperity of Lagos State and Nigeria at large, contrary to reports in some section of media,

In a statement Wednesday, Abiru’s media office faulted publications that his emergence as the APC candidate for Lagos East senatorial by-election set the stage for power struggle between Sanwo-olu and him.

The publications had also claimed that the APC National Leader, Bola Ahmed Tinubu imposed Abiru on the party leaders in Lagos East and Lagos State and that Abiru’s sudden resignation raised suspicion that might lead to power struggle in the state ahead of 2023.

However, the media office noted that the publication misconstrued the extensive consultation and consensus that preceded the emergence of the former GMD/CEO of Polaris Bank Limited, Tokunbo Abiru, as the APC candidate for Lagos East senatorial byelection scheduled for October 31.

According to the statement, “The publication erroneously claimed that the APC National Leader, Senator Bola Ahmed Tinubu, imposed Abiru on the party leaders in Lagos East and Lagos State. This claim is far from the truth.

Asiwaju Tinubu, as an unrepentant democrat and a former governor, encourages all party adherents and faithful to seek their aspirations while promoting the values that the APC stands for.

“However, in order to manage conflicting interests of all aspirants seeking the party nomination for the senatorial by-election, the leadership arm of Lagos APC, Governance Advisory Council (GAC), embarked on broad consultation with all party leaders and aspirants in Lagos East Senatorial District. After the all-inclusive consultation, consensus was reached in favour of Abiru, hence his subsequent affirmation.”

On power struggle, the statement said the publication claimed that Abiru’s nomination has set the stage for power struggle with Sanwo-olu.

“This claim is as good as the figment of the author’s imagination. His Excellency, Sanwo-olu is a strong supporter of Abiru’s senatorial aspiration. He also endorsed him. There is no basis for power struggle.

“Rather, both Sanwo-olu and Abiru are party faithful with interest to work for the progress and prosperity of Lagos and Nigeria at large,” the statement said.

Specifically, the media office expressed concern that the publication misrepresented, even muddled up the resignation history of Abiru.

“It is on record that under his leadership, Abiru successfully repositioned, restructured and transformed Skye Bank to Polaris Bank. He also transformed the bank from liability to profitability.”

“On this note, Abiru did not just resign from the bank at the expiration of his twoterm engagement, he successfully reached the peak of his career in the banking sector and retired after 29 years of his 32-year private sector career.

“He chose, as a core professional, to go into politics to bring invaluable experience in corporate world to bear on the development of his people and state,” the media office said.